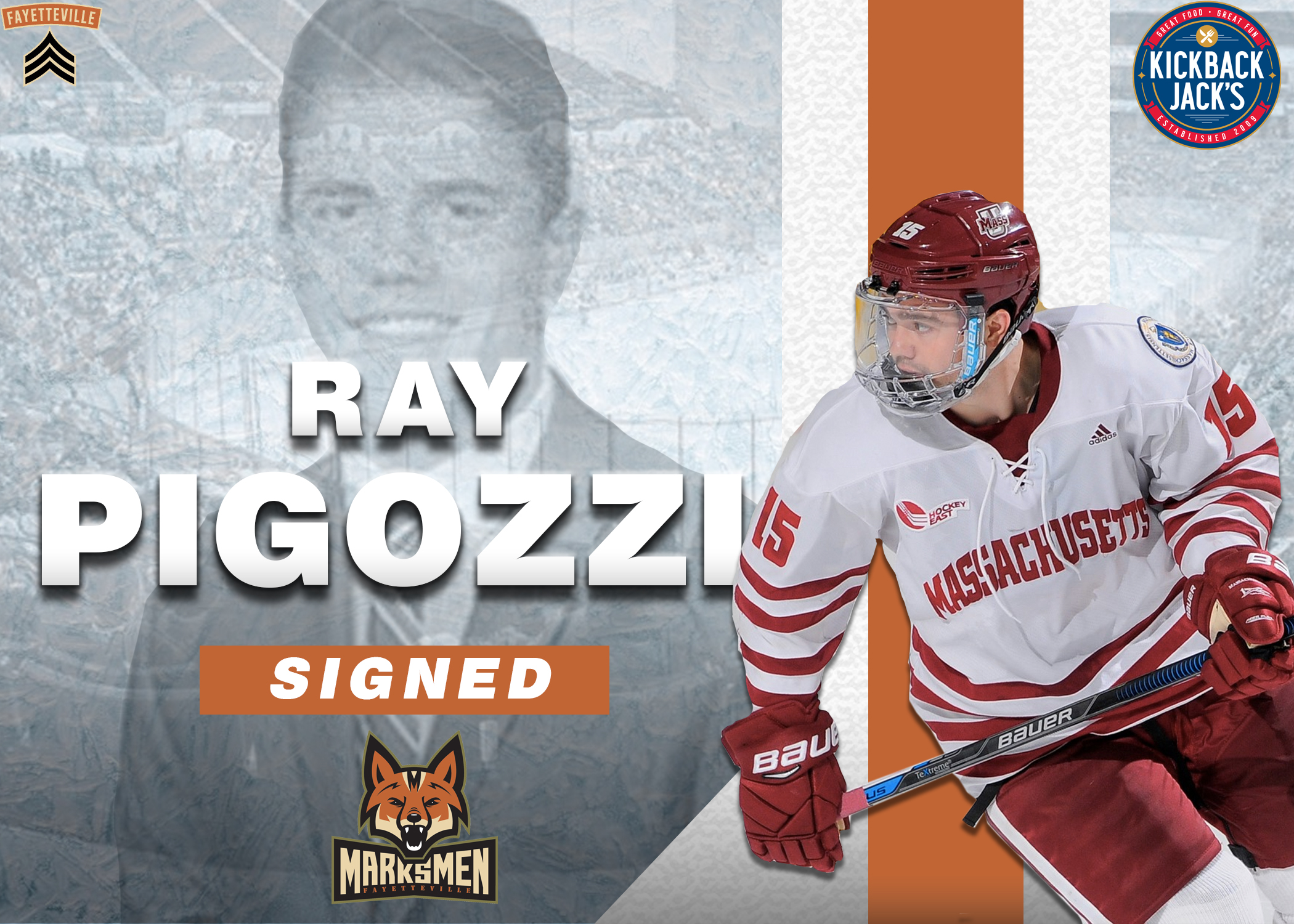 FAYETTEVILLE, N.C. – Ahead of the Christmas break for those in the Southern Professional Hockey League, the Fayetteville Marksmen announce the signing of Forward Ray Pigozzi.

Pigozzi, 25, joins the Marksmen on the tail-end of a tough weekend, where the team went 0-1-2 against familiar foes Roanoke and Huntsville. The six-foot, 176 pound native of Evanston, Illinois joins the team after spending three games this season with Ulricehamns IF in the Swedish Division 2, putting up three points (1G+2A) in his time across the Atlantic in the 2018-2019 season.

Head Coach Jesse Kallechy endorsed Pigozzi as he arrived to the All-American City.

“Ray is a player with experience perfect for our league. His physical attributes matched with his tenure of playing high-level hockey make him an attractive addition to our roster,” said Kallechy “We’re looking forward to seeing what he does in our sweater.”

In a corresponding move, the Marksmen have waived Forward Konner Haas; we wish Konner the best in his professional pursuits.