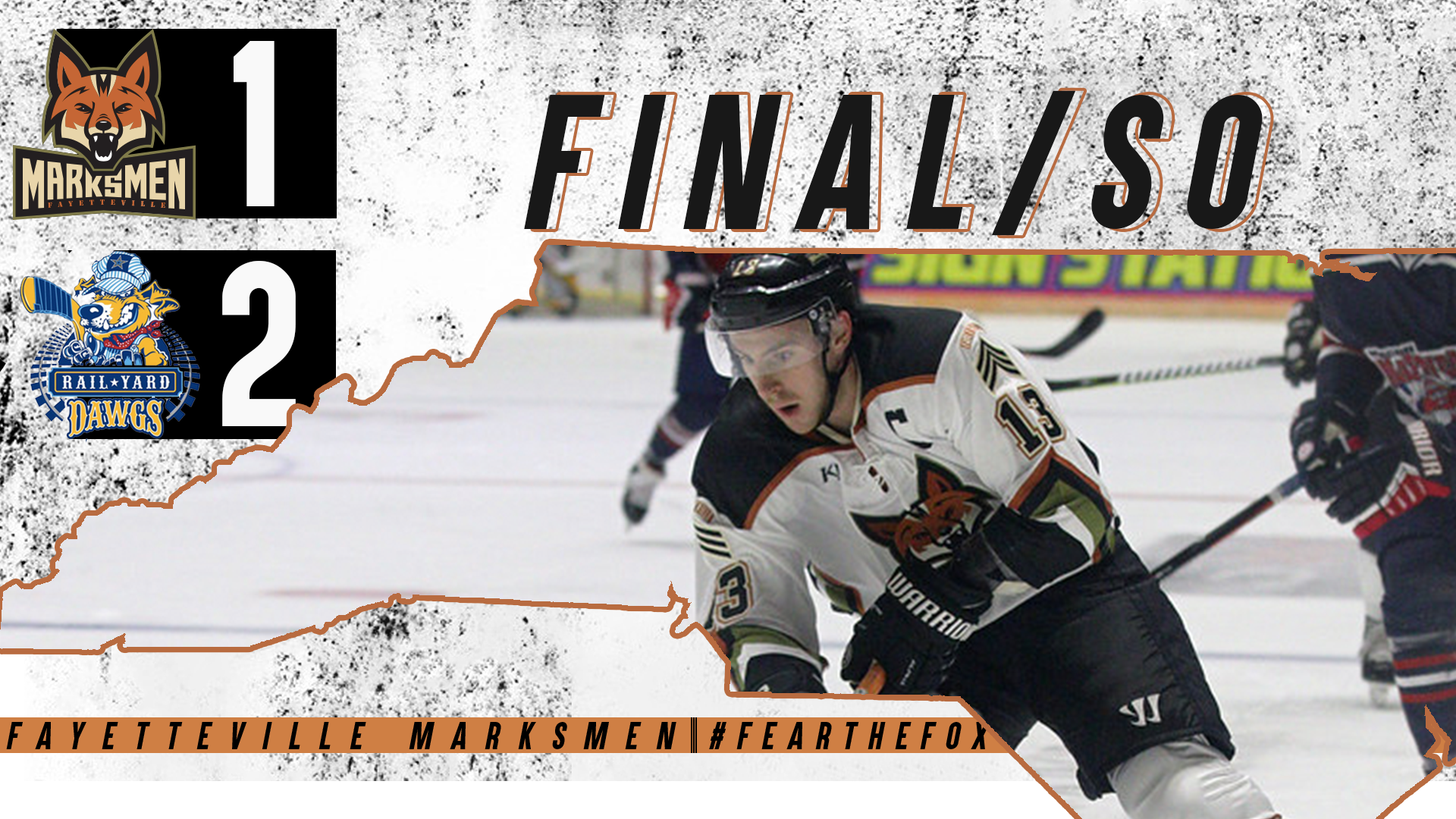 ROANOKE, VA – One last chance to Jingle Bell Rock before the Christmas season saw the Fayetteville Marksmen take one of their final trips up to the Star City for single-game weekend action. Coming up an 0-1-2 weekend, including a loss in Roanoke, the Marksmen wanted to send themselves into the Christmas break with something to be jolly about.
A slow-start would once again strike the Marksmen in the Blue Ridge Mountains, as they would find themselves without a notch in period one. The man-advantage woes would continue for the team as well in the frame, with an 0/2 mark in their opportunities. It was during their second chance on the Power Play that the Rail Yard Dawgs would strike coal for the first time, as Brandon Wahlin and Colton Wolter would force a turnover that would lead to a two-on-one rush and eventual goal. The shorthanded goal would be the difference in the first period, as the Marksmen would outshoot the Dawgs 10-9, but trail 1-0.
Period two wouldn’t be all too different for the Marksmen to start, outside of starting on the Penalty Kill. A period of action that would go back and forth with plenty of scoring opportunities would see the chippiness the rivalry is known for start to peak out more. After frustration amounting endlessly through the period, the Marksmen would finally strike from a timely-turnover by Max Cook leading to a perfect feed to Frankie Melton on the one-time to make it 1-1 with 7:26 left in the second. This would be how the second would end.
The third period would not provide any less intensity or chippiness from these two rivals, as things would heat up with plenty more end-to-end opportunities and physicality ramping up in a major way. Through all the chances, both goaltenders would stand on their head to do enough to prevent anything from finding its way through. The third period would come and go, and for the third-straight game, Fayetteville would head to OT.
In overtime, the Marksmen would start down as Nick Le Sage would be called with :32 left in the third for a high-stick. Regardless of the opportunities presented by the four-on-three, the Marksmen defense and goaltender Ryland Pashovitz would do their part. Fayetteville wouldn’t succumb to their chances, and the OT would fade out. For the second-straight night for Roanoke – and first for Fayetteville this season – we would head to a shootout.
With goals from Armstrong and Jansen, and a matching goal from Brian Bowen, it would all come down to the final round on Max Cook’s stick. Cook would skate down the slot, work his way to the left wing, but ultimately be denied by Jake Theut to give Roanoke their second straight win over the Marksmen. The Marksmen are 5-1-1 against Roanoke in their seven meetings.
Fayetteville will head into the Christmas break with a 1-2-2 mark in their last five games, and a road that gets no easier with two upcoming contests against Knoxville in a home-and-home.