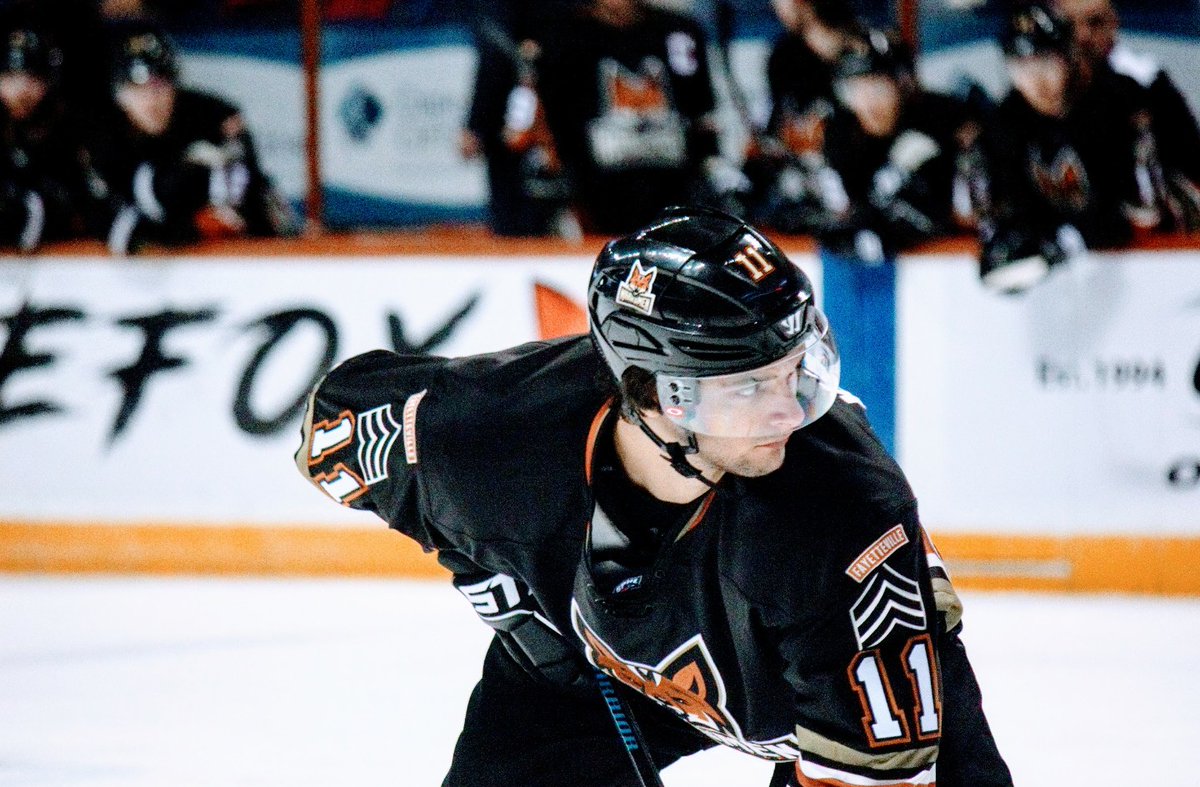 FAYETTEVILLE, N.C. – The anticipation was thick in the air around the Crown Coliseum, as the Marksmen would welcome in hundreds of bears, and the #1 team in the SPHL, onto their ice this weekend.

While plenty of bears were collected, the same could not be said for points for Fayetteville. In one of the team’s lower-scoring weekends in some time, the Marksmen found just four goals against the goaltending-tandem of Charlie Millen (Sat.) and one of the league’s best goaltenders Mavric Parks (Sun.).

While it is of course a disappointing weekend for players, coaches, and fans, these losses are a measuring stick for the Marksmen team against the best-of-the-best in the SPHL. Erase two bad second periods, and the Marksmen were in it during every period this weekend.

However, that isn’t the way that the team will view it or accept it, and heading back to the drawing board on the ice during this week, Fayetteville will look to find their rhythm and touch once again as they head on a gritty road trip this weekend: #2 Macon on Friday night, and rival Roanoke on Saturday evening.

Needless to say, there’s little time for the team to sulk or reflect – time to start over.

With that being said, it was a hard-fought weekend for a young Marksmen team that is continuing to take leaps and bounds from where they found themselves at this point last year as an organization. While the results on the ice weren’t the ones wanted, there were still performances that impressed enough to earn this week’s Three Stars. 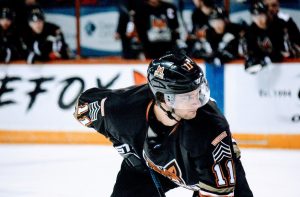 Another weekend, another goal for Tim Kielich.

Seriously, that’s four straight weekends with a goal for Tim Kielich, dating back to his first – the overtime game winner over Knoxville – back on November 16.

We talked about how, for Kielich, it was just a matter of getting that first one to finally see his scoring touch come alive. Now with a goal in half of the weeks of the season, we’re seeing exactly that.

Kielich didn’t make the loudest impression on the scoresheet this weekend with his goal – a shorthanded goal, at that – but it was that exact thing that made his performance so impressionable.

We’ve seen Kielich work himself from a role player into a scorer, but this weekend he found himself working as a catalyst. Plenty of rushes, especially on the PK, saw Kielich as the driver up the ice.

His shot totals from the weekend don’t truly show the effort that was being displayed. Kielich is quickly becoming an impressive centermen for this Marksmen offense, and with his scoring numbers starting to match his work ethic, he’s becoming a recognizable presence on the ice.

It’s safe to say, we’re expecting much of the same for Kielich heading to Macon and Roanoke. 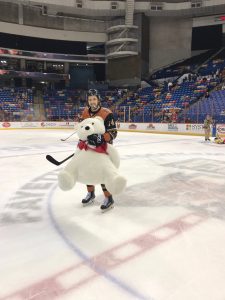 With another rocket shot from the blue line on the powerplay on Sunday, Travis Jeke tied up the game at 1 in the late second period, and once again continued his outstanding scoring campaign in his third professional season.

It’s been a story of two seasons for Travis Jeke with the Marksmen. This season, Jeke has been playing his finest hockey since donning the Fayetteville sweater, and has found a true maturity as an offensive-minded defensemen. Even with one of the hardest shots on the team, Jeke uses this to his advantage to fake out teams in their defensive end, before setting up one of his teammates for a goal.

On multiple occasions, Jeke has said he’s having a blast with this team, and is happy to be part of it. With that mentality, comes the necessity to stick up for your team. Plenty of those performances were seen this weekend, from Osaka getting into an altercation, to Pryce getting retribution against an unnecessary player running into his goaltender.

The exact same sticking-up presence has been done by Jeke, as he’s gotten himself in the faces of opposing players and not stood down when it comes down to needing a presence. We’ve seen his physical play step up in succession with his offensive skill-set and defensive knowledge.

Jeke finished the weekend with two points – assisting on Brian Bowen’s second goal of the season – keeping himself tied for fourth in the league in assists.

He’s having fun, and playing the kind of hockey the Marksmen need. While this weekend was surely a disappointing one for the team and himself, don’t expect the same results heading into the road series. 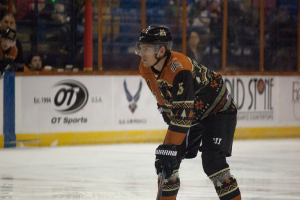 The newest member of the Marksmen blue line, Alfred Johansson has been a dynamic presence since hitting the ice last weekend. With a physical, stay-at-home style defensive stature, he fills in a gap the Marksmen have been missing of late.

“Alfy” had joked with us prior to his first game when recording his goal-celebration headshot that he “probably doesn’t need to record one”, as he wouldn’t be scoring much this season. In just his third game with the Marksmen, the Swede rocketed one to the top shelf to give the Marksmen the first goal of the weekend, and send over 500 teddy bears raining onto the ice.

If you missed it last night, Alfred Johansson made the bears rain down last night for our @SPHL Ugly Sweater/Teddy Bear Toss night!

A very special moment for the young defensemen, and of course a heartwarming moment for those in attendance, with all the bears being donated to Fayetteville’s local Toys for Tots, and the Fayetteville Urban Ministry.

Outside of the goal, it was another sound defensive weekend for Johansson, who showed off more of his offensive abilities with shooting the puck and possessing below the blue line than we’d seen against Peoria.

Johansson has been a great two-way player to watch, and he’s quickly getting comfortable with his role on this team. Macon promises to be a true test for him, with their end-to-end style of offense.