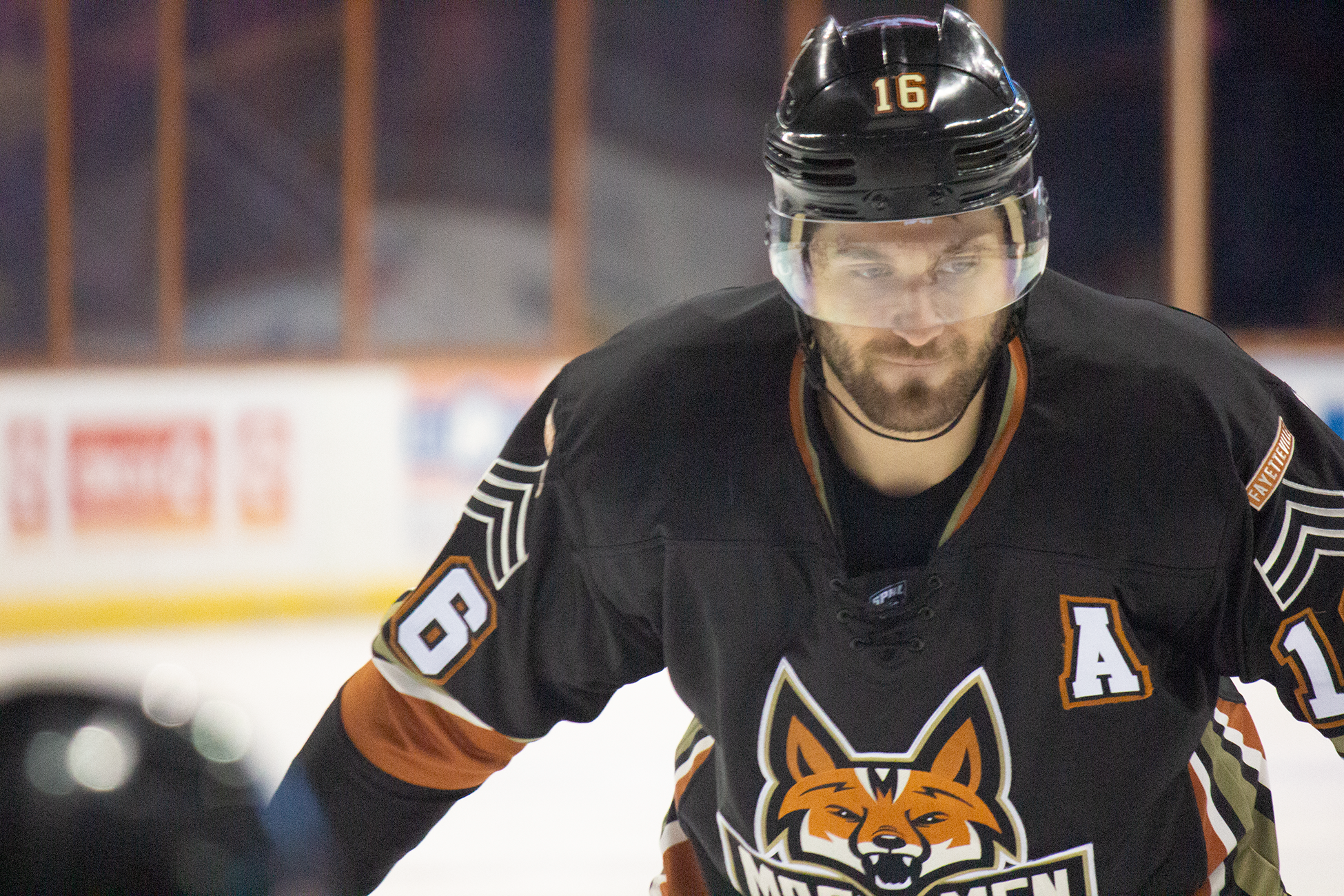 FAYETTEVILLE, N.C. – Coming off a forgettable night last night against the Birmingham Bulls, the Marksmen were looking for redemption in the series finale.

Period one was similar to the night prior, with even-action throughout the entire 20 minutes. The Bulls found themselves with various powerplays in the period, but the Marksmen PK unit looked stout and ready to play, killing off all of the enroute to a close, but scoreless, first period. Shots finished at 10-6 in favor of Birmingham.

Much like last night the Marksmen started off strong but fell apart in the latter stages of play. A little over a minute into the second, Garrett Johnston forced the puck behind Dillon Kelley. The score held at one through most of the period, despite Fayetteville being given three powerplay chances. Just past the halfway point of the game, Darrigo would be sent to the box, and Fayetteville would once again go on the man-advantage.

With Darrigo in the box, the Marksmen had yet another opportunity to capitalize on the misfortune of the Bulls. Travis Jeke showed the Bulls why he’s always a serious threat, scoring his fifth goal of the season, tying it at 1-1.

Unfortunately for the Marksmen, they wouldn’t be tied for long. Jacob Barber found himself an opening and capitalized on it, scoring his fourth goal in a game and a half. Barber’s goal puts him in the top spot for the leading scorer in the SPHL.  Just minutes later, with the Marksmen on the powerplay, Bulls’ Garrett Schmitz scored a short hander for the Bulls putting them up 3-1, heading into the second intermission.

Shortly after the final period began, Marksmen Captain Jake Hauswirth was sent to the penalty box for a hooking penalty. With Hauswirth in the box, Josh Harris capitalized, increasing the Bulls lead to 4-1. As the Marksmen were attacking the net trying to make something happen, Mike Davis was called on a slashing penalty. With the Marksmen on the power play, Brian Bowen ripped a shot passed Mavric Parks bringing the deficit within two, 4-2, with still plenty of time and the momentum.

With time running down and a four-on-four faceoff in their offensive end, the Marksmen pulled Dillon Kelley to get the extra skater. Right off the faceoff win, with Kelley on the bench, Andrew Darrigo scored the empty net goal from the left circle in his defensive end.

Fayetteville would drop the weekend series with a 5-2 loss, dropping their record to 7-8-2; #5 in the SPHL standings.

You can join the Marksmen staff at On-After Sports Bar & Grub for the official “Home Away From Home” Watch Party. If you can’t make it out to On After you can watch the game live on SPHL Live ($), or listen live on the Marksmen Radio Network as the “Voice of the Marksmen” Shawn Bednard calls the action.

Birmingham Cools Off Marksmen With 6-2 Win