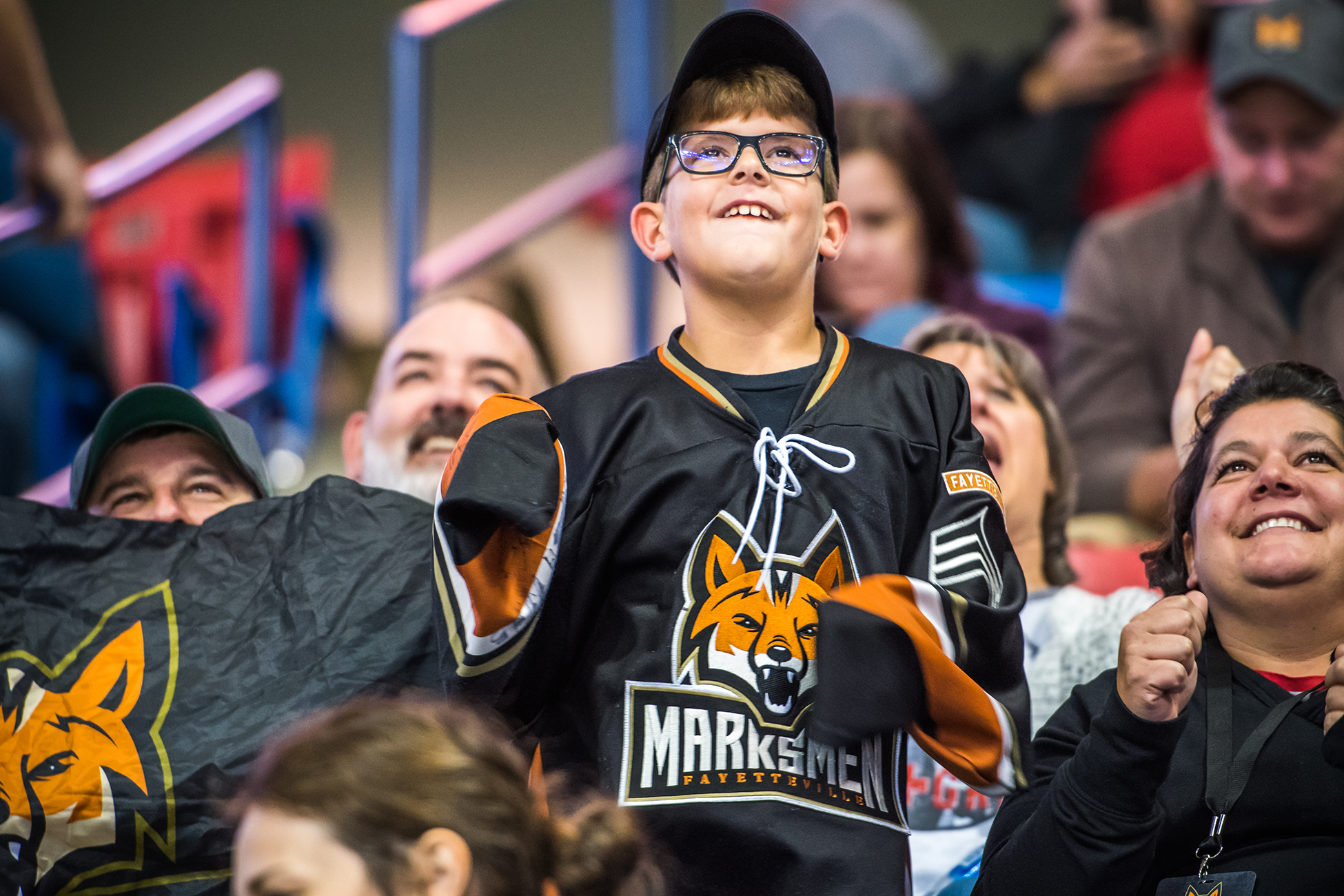 FAYETTEVILLE, N.C. – While the scoreboard didn’t show the results that the team or fans wanted, this weekend was overall a step in the right direction for the Marksmen.

With two highly competitive games against the first-place Macon Mayhem, Fayetteville has shown that this team has taken leaps and bounds from where they were at last year.

With a short week of recovery for the guys, leaving for Evansville and Peoria in the very early morning hours on Wednesday, they’ll immediately be forced to forget about the falters of the past weekend, and start back their winning ways in the Midwest.

That being said, there were still players who impressed this weekend in the close battles. Here’s three players who stood out.

For the second week in a row, David Mazurek once again cracks the top three.

Though he comes out of the weekend with a lone goal, it was a crucial point late in the first period to tie things up, and was far from his only opportunity.

Mazurek has been able to find his positioning and area on the ice, and when he drives towards the net, watch out. With seven points through five games so far, he’s found his touch early, and that promises to be a strong sign for a Marksmen team that is on the cusp of finding their direction in the offensive end.

Mazurek’s success certainly isn’t surprising, given his history as a player, but it’s came at a time when the Marksmen have needed it the most against high-level competition.

Shane Bennett was an absolute animal this weekend. With 13 shots in two games, and coming up with a two-goal first period in the opening game of the weekend, Bennett once again was a difference maker on the ice.

Bennett hasn’t had a problem finding shots and offensive zone opportunities to start the season, but being able to put them away has taken a bit longer than he wanted. The scoring monkey finally jumped off his shoulders as he fired two strong shots past Gordon Defiel on Friday night to knot things up twice.

Bennett is a tenacious player, and you can’t help but be happy for his name to finally be in the goal column.

If he can keep up that amount of shots and finding his lanes heading to the Midwest this weekend, the Marksmen should be able to get back to their more regular scoring ways. 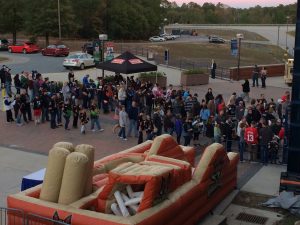 What else can be said! With nearly 3300 loud, Military supporting fans in the building for Military Appreciation night, and plenty of fans in costumes and enjoying the spooky atmosphere on Friday night’s Haunted Hockey night, it was an outstanding weekend of Fayetteville hockey.

Greeted by bats, skeletons, and Halloween music on Friday night, our costumed fans had a night of chills and thrills that surely kept the spooky spirit of Halloween for at least a few more hours.

Fans were waiting nearly an hour before doors opened on Saturday, anticipatory for the free shirts and for all the excitement accompanying the game night. With soldiers dropping from the ceiling, veterans dropping the puck, and so much more you had to be here to see, it was truly a special night.

We are so thankful for the support of all of our fans, and hope to see them back very soon, as we continue to build an organization the community can be proud of!