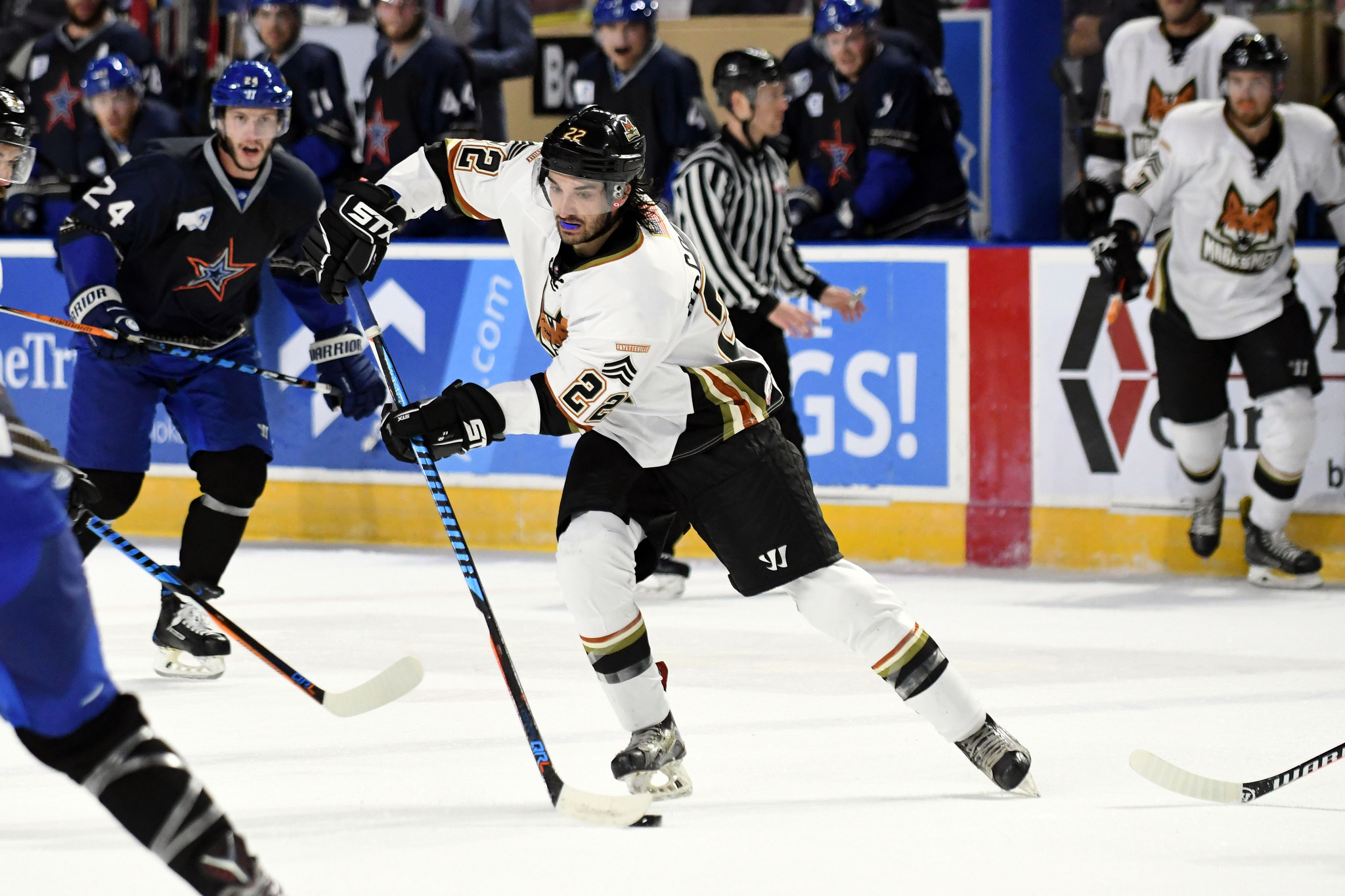 FAYETTEVILLE, N.C. – In what turned into one of the craziest hockey games the Marksmen have been a part of in quite some time, the young-team overcame two two-goal deficits enroute to an 8-5 victory of the Rail Yard Dawgs in Roanoke.

In a game that really tested the mental-toughness and hungry-spirit of the relentless rookies, Fayetteville would find a way back in and ride the momentum in a myriad of situations, from allowing the first goal for the third straight game to having to toss fists.

Here’s three stars who made the winning weekend possible.

Mazurek was just on the outside-looking-in last week as star #4 in our rankings. The former Ice Flyer has made his impact felt on every end of the ice, from defensive zone pressure leading to turnovers, and smart play inside of the offensive zone, whether scoring or assisting.

Second on the team in shots on Friday night with five, Mazurek lead the team in total points with four (1G+3A), and had an outstanding short-side goal that made it a one-goal game in the second period.

His impact has been immediate, and he has been the perfect mixture of a vocal leader and a physical leader. With six points (2G+4A) in three games, watch out for Mazurek to continue his impressive streak and truly lead the Marksmen in the direction that they’ve already shown they’re headed. 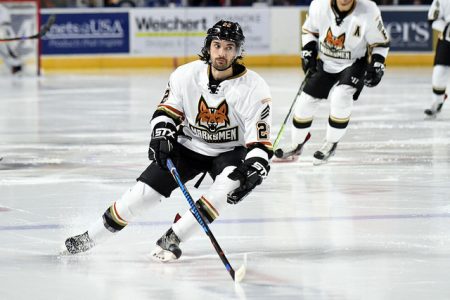 When you talk about phenoms on the ice, you have to keep McCormick’s name in your mind this season. After coming to Fayetteville via trade last season from Macon, he has shown flashes of excellence, but to start this season he has absolutely stood out.

On Friday night in Roanoke, McCormick put the first hat-trick of the season past Dawgs’ goaltenders Brad Barone and Tanner Creel, with his first coming as the tying goal (4-4), and his final two as the final nails (6-5, 8-5). All over the ice, and especially impressive inside the neutral-zone, McCormick has had clear sight on the puck.

More than anything, positioning has been outstanding, as he’s been able to find a way right on the backdoor. Don’t discount his wicked accuracy and shot just because of where he’s been on the ice, as he’s found his shot early and often.

McCormick, much like Mazurek, already has six points and a +3 to start the season. McCormick had a total of 36 points last season, and is well on his way absolutely surpass that.

Joe Osaka very well may be the absolute best story-line in the SPHL this season.

Osaka came in as one of the last Training Camp signings for Fayetteville this summer, and worked his way from a nose-to-the-grindstone training camp attendee, to a three-game tryout player for Opening Night after two goals in the exhibition game, to literally fighting his way into signing a full pro-contract with the team this weekend. 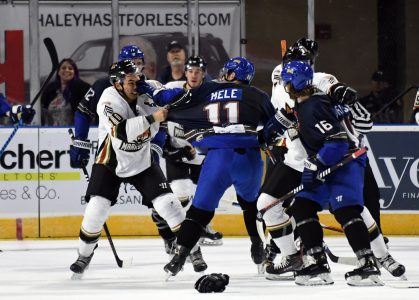 Osaka on Friday night in Roanoke put on a display, as he worked his way to a Gordie Howe Hat Trick (Goal, Assist, Fight), but even went above and beyond that by way of a two-goal night.

Not your usual suspect to fight, Osaka was called into action after being pestered and instigated on multiple occasions by Rail Yard Dawgs captain Steve Mele. Osaka would finally toss the gloves, and throw Mele onto the ice, leading to an ejection of Mele, and an eventual decision to toss Osaka too after a discussion between the officials and captains.

Assistant Coach Peter Worrell joked about Osaka’s performance on Friday night, saying to him ‘Joe, if we played at Roanoke 40 times, you’d have 80 goals this season”.

It is hard not to root for Joe Osaka. Everyday of practice last week, he was the last one off the ice, working on his puck handling and possession. While not a high-scorer at New England (NCAA DIII), the former Team Japan Junior National Team forward has quickly shown that he has the full ability of a 200-foot player.

This gym/rink-rat exemplifies what it means to be a Marksmen, and if his work ethic and drive continue as they have since he stepped into Training Camp 20 days ago, Osaka could prove to be a breakout player for the team this year.

Heading into their third week of the season, Fayetteville has a 2-1 record. This weekend, they welcome back the Macon Mayhem after a near-comeback 3-2 loss in Georgia last Saturday. Macon comes into Fayetteville on Friday night 3-0-1, riding a three-game winning streak after home wins this weekend over Knoxville and Pensacola. You won’t want to miss the rematch.

The Marksmen are back home THIS Friday, November 2 for Haunted Hockey, and Saturday, November 3 for Military Appreciation. Tickets are available now by calling the Marksmen office at (910) 321-0123!