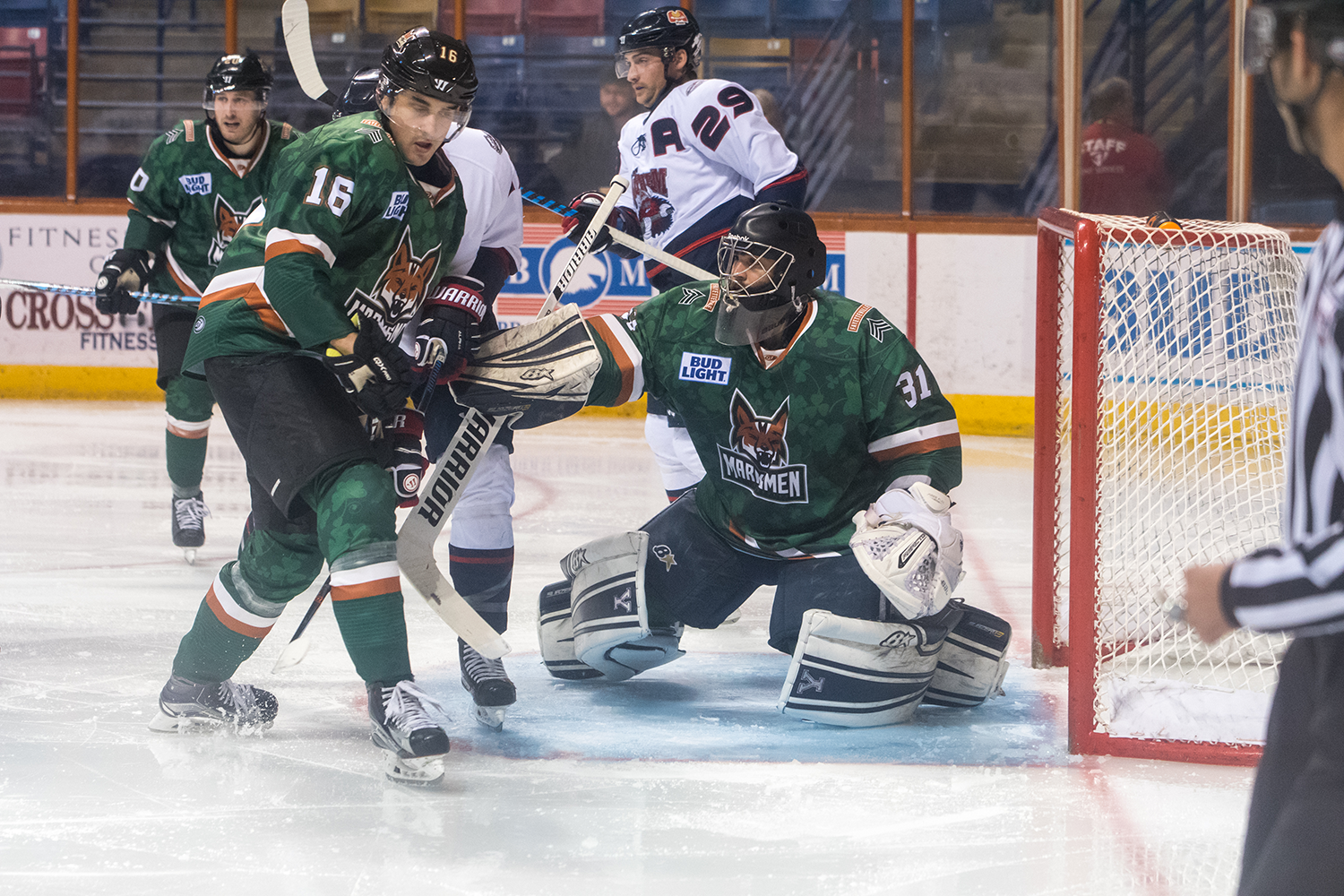 Fayetteville, NC– Patrick Spano makes 44 saves, but the Fayetteville Marksmen could not overcome an early three goal deficit, falling to the Macon Mayhem 4-1 on Saturday night contest at the Crown Coliseum.

The Mayhem got on the board first, 9:33 into the game. On the power play, Dakota Klecha made a pass from the blue line to John Siemer down low in the zone. Siemer skated towards the top of the circle, curled towards the net and wristed a shot far side for the 1-0 advantage.

The Mayhem increased their lead to 2-0 at the 12:55 mark of the second period. Both teams attempted to control a bouncing puck in the slot, but it fell onto the stick of Dennis Sicard, who ripped a shot home before any Marksmen defenders could knock it away.

Four minutes later, the Marksmen fell into a deeper hole. The Marksmen controlled the puck in the offensive zone, but an attempted pass from the blue line was picked off by Dylan Vander. Vander made a lead pass to Daniel Gentzler alone behind the Marksmen defense, who made it a 3-0 game on a breakaway goal.

The Marksmen were able to cut the deficit to two with 2:40 remaining in the period. Ludlow Harris carried the puck in on the right side with the Markson on a three-on-zero. Harris made a cross ice pass to Jake Hauswirth, who was denied the back-door attempt. The puck rolled off of a sprawled out Charlie Finn, with Tommy Fiorentino was waiting in front to put the puck into the open net for a 3-1 score.

Fayetteville maintained a strong effort in the third period, but Macon put the game out of reach with 1:39 to go in the final frame. Spano made multiple saves as the teams scrambled for the puck in the crease, but Dylan Denomme jammed the puck in for a final score of 4-1.