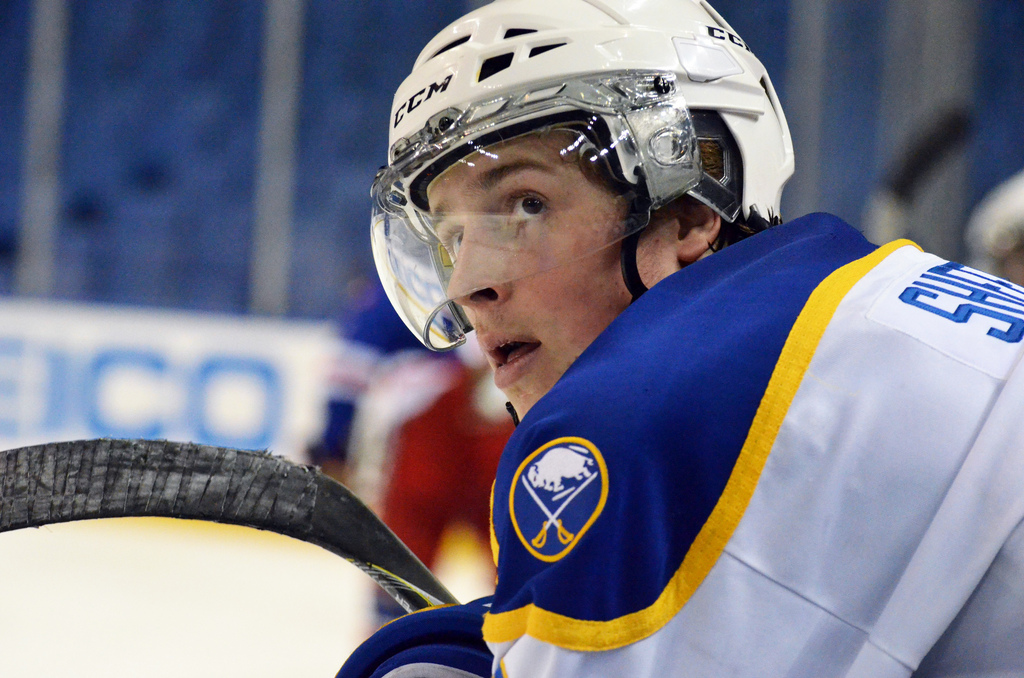 FAYETTEVILLE, N.C. – Nolan Sheeran has been skating since he was just four-years-old. The rookie forward for the Marksmen honed his craft with a hockey-bred family, starting, quite literally, on the streets of East Amherst, New York.

“My dad played hockey, and I have older siblings who play as well,” said Sheeran “So, I started playing hockey probably to be like them. We would play mini sticks and street hockey all the time.”

From the start of his love of hockey, Sheeran knew that he wanted to be in control of the puck, and be the one crashing the nets. His forward-thinking lead to his Forward position.

“I don’t think ever being a defensemen ever crossed my mind when I started playing. I always wanted to be the go-to guy who could get the team some goals.”

Clearly he found his position, as his play lead him to a Junior hockey career. During his time playing for an OJHL and hometown team in the Buffalo (NY) Jr. Sabres, Sheeran earned the title of Assistant Captain.

A position that he says, opened him up off the ice.

“Having a leadership role helped me branch out to everyone I played with. Junior hockey taught me how to create a personal connection with everyone on the team.”

The local-kid from suburban Buffalo was quickly becoming a hometown favorite, as he transitioned from OJHL Buffalo, to Buffalo’s Canisus College. In his collegiate career, Sheeran scored 6 goals and 18 assists.

8:02 3rd | CANISIUS GOAL! Nolan Sheeran puts capitalizes on a loose puck for his first of the season and the #Griffs now lead, 3-1 pic.twitter.com/9ZHpbkDbgn

Since his start in Junior hockey, he has racked up 111 assists. For Sheeran, working an offense around is formulaic.

“I think possessing the puck and being patient is what helps create offense. I like to protect the puck until I see an opening.”

It’s not just about points for Sheeran heading into his first professional season. With a young team, he recognizes the potential, and the chance to lead.

“I’m hoping to earn the opportunity to have a greater role on the team. Rounding out my game and making others around me better will lead to team success.”

When he’s not playing hockey, Sheeran and his friends run a hockey camp. The Western New York School of Hockey teaches kids 4-15 years old the game of hockey. The camps run throughout the spring and summer.

Sheeran feels a sense of pride teaching the game, and seeing growth for kids on and off the ice.

“Running the camps is great, because it’s a great way to keep busy in between hockey seasons. It can also feel rewarding. We’ve had some kids attending for probably 5 years now, so it’s pretty cool watching them grow and progress as individuals.”

A student of the game serving as a teacher, and using it to learn himself. There’s a lot to like about a player like Nolan Sheeran, and the Marksmen are excited to bring a player so community-involved aboard.

The 2018-19 Marksmen Home Opener is October 19th against the Roanoke Rail Yard Dawgs, and Season Tickets are on sale NOW! You don’t want to miss your chance to see Sheeran execute “the perfect play”.

The Fayetteville Marksmen are owned and operated by Union Pro Hockey Group, and play their home games at Crown Coliseum. The Marksmen are a committed community asset, designed to provide premium entertainment to families and individuals in Cumberland County and surrounding areas.