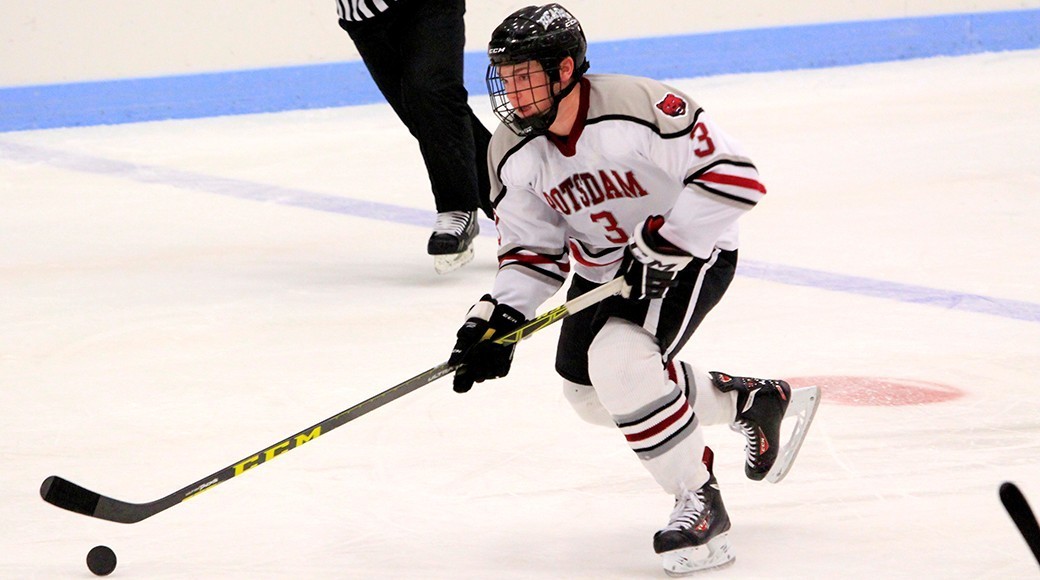 FAYETTEVILLE, N.C. – First-year Head Coach Jesse Kallechy has made two things obvious in his player signings so far this off-season; size and speed.

The 24-year-old defenseman was born and raised in Kendall Park, New Jersey, and spent his Junior Hockey career in the Northeast with the Philadelphia Jr. Flyers (AtJHL), and as an Assistant Captain with the New York Bobcats (EHL) where he put up 27 points (12G+15A) in 42 games.

During his four-years at SUNY-Potsdam (NCAA DIII), Kacerosky saw his offensive numbers improve every season, and was a consistent leader on the blue line, eventually leading to his ranking of Captain in his final season with the Bears. Kacerosky had 21 points (6G+15A) in his 72 game career, and now finds himself on the verge of his professional hockey career with the Marksmen.

A professional hockey career that Kacerosky has been dreaming of since starting in hockey.

“I’m incredibly excited and thankful for this opportunity. Playing professional hockey is something that every kid dreams about, and joining the Marksmen is going to be a great fit. I’ve only heard great things about the fan base in Fayetteville, and what a great atmosphere there is,” said Kacerosky “Hopefully I can give the team the best chance of winning each night; whther it’s strong defensive play, blocking shots, or getting the offense started from the blue line.”

For Coach Kallechy, Kacerosky is a player who holds high potential to be a leader for a young team.

“Sean was a player we were recruiting for a while, and we’re excited to have him in camp. Everything we’ve heard about him has been positive; he’s a big body, skates hard and fast, and defends really well,” said Kallechy “We’re happy to be adding another former captain, and Sean is a guy who is ready to win. His intangibles and character are incredible.”

The Fayetteville Marksmen are excited to welcome Sean Kacerosky to his new home for the 2018-19 season, and look forward to him being the bedrock of what promises to be an exciting season of hockey in Cape Fear. The 2018-19 Marksmen Home Opener is October 19th against the Roanoke Rail Yard Dawgs, and Season Tickets are on sale NOW!