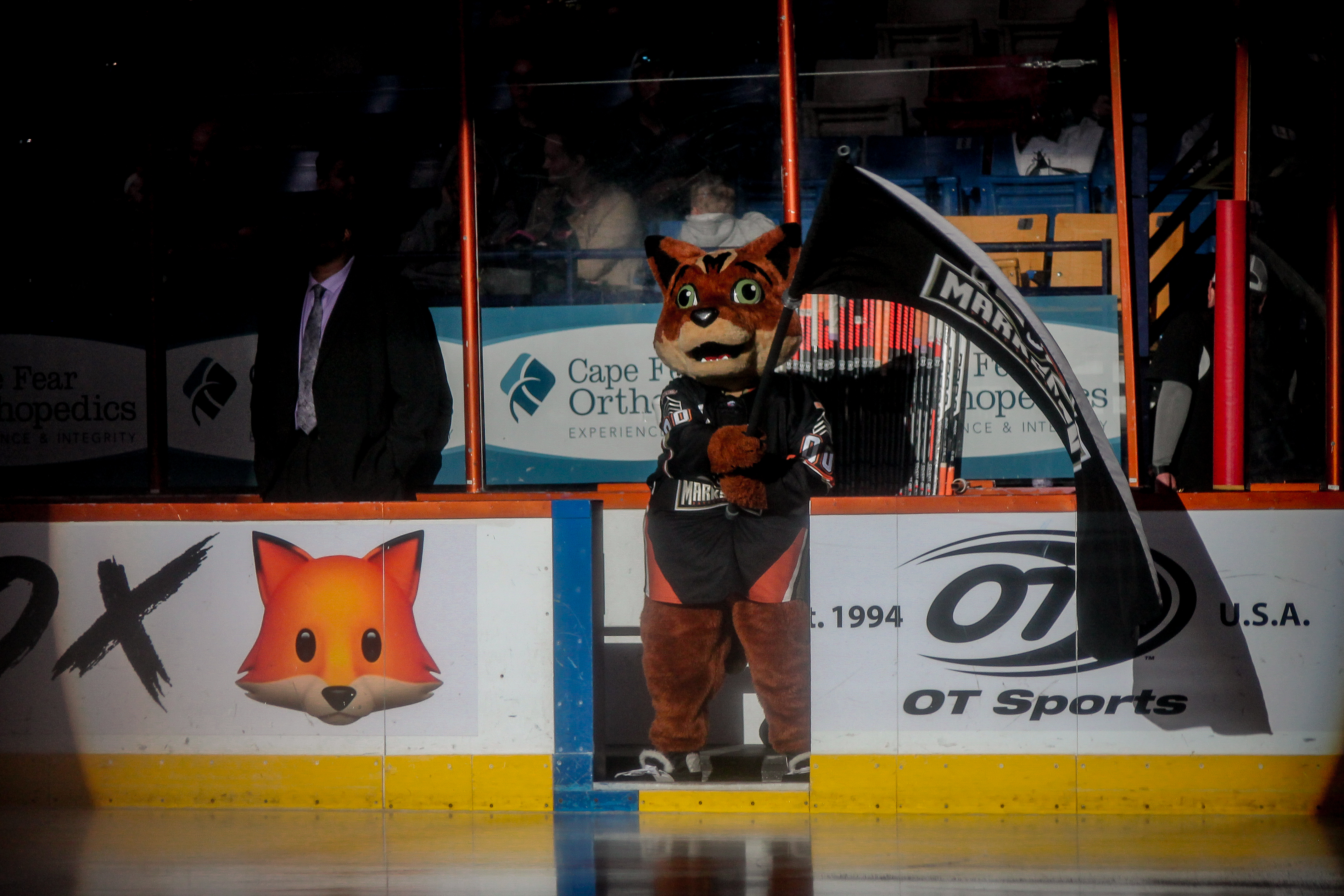 FAYETTEVILLE, N.C. – A win and you’re in was the motto for the Fayetteville Marksmen Friday night. With a win, Fayetteville would clinch their spot in the playoffs for the first time as the Marksmen. The idea was simple, the execution of the idea was the difficult part.

For the first time ever, the Quad City Storm visited Fayetteville and the Crown. The Storm, a first year team, came in fighting to keep their hat in the ring for the postseason. Both teams needing as many points as they can, both for very different reasons. Friday night was a very important game in the history of the Marksmen, and they delivered.

The Marksmen came out on fire, scoring four times in the first 11 minutes. They rode that lead all the way to a game securing, empty net goal in the final minute. The 5-3 win for the Marksmen secured their spot in the playoffs, but it’s the work all summer and all season that really clinched that spot.

Coming off a forgettable-inaugural season, complete with a last place finish, Fayetteville cleaned house from top to bottom. Bringing in new people was step one into this playoff chase. The Marksmen made one of the best decisions for the team when they hired first-year head coach Jesse Kallechy. He brought knowledge and experience from his time with Huntsville, and a will to win to this team that was lacking the season prior. Experience is an important thing in coaching, the Marksmen got that in assistant coach Peter Worrell. Worrell played parts of seven seasons in the NHL, bringing a knowledge of what it takes to get to the next level for this team, but more importantly how to be a pro for many rookies.

One major thing that showed Friday night for the Marksmen was versatility. All five goals were scored by different players – a theme that needs to keep happening into the postseason. Whenever the Marksmen can share the puck and get everyone involved, it turns out well on the scoreboard for them. Only two players listed on the roster failed to record a shot for the Marksmen on Friday, with one of the two in Nolan Sheeran who assisted on a pair of goals.

Trades and acquisitions have been key in the Marksmen success this year. Free agent signings in Nathan Perry and Max Cook have played big roles in the teams success. Fayetteville has been very successful when it comes to value on trades, some of the most valuable players on this team started the season somewhere else. The first trade of the season for Fayetteville brought Brian Bowen and Alfred Johansson to town – two lineup staples. Bowen has been a real catalyst of the offense for the Marksmen, scoring 32 points in only 28 games with the squad. Taylor McCloy, Cory Melkert and Brandon McMartin are more players playing key roles that didn’t start the season in Fayetteville.

Special teams have played an important role all-season long for the Marksmen. Fayetteville currently leads the league in power play percentage, including a pair of power play goals on Friday. The attacking zone is always hot when the Marksmen have a man up, keeping that going can help contribute to a deep playoff run.

Streaks have been a common occurrence this season for the Marksmen. They’ve had the longest road-winning streak in franchise history this season, that’s not without struggles. Just recently, the Marksmen were victims of a losing stretch. They lost nine of 11 games in a period where they needed as many points as possible. The stretch of losses made their job that much harder to gain ground on playoff positioning. Even with these stretches and streaks, a hot Marksmen team has proven to be unstoppable. If the Marksmen can find their niche and really get heated up, I like their chances.

With eight games still to go in the regular season, it’s difficult to look all the way ahead to the playoffs. With their spot in cemented, the Marksmen have a better chance to catch their breath, although they’re still jockeying for position. The journey has been a long, rough path for the Marksmen in their fight to be a contender. A few games in April could decide the path the franchise takes for the seasons coming up.

More wins means more home games for the Marksmen. Bringing the most important games of the season home to the Crown means the most to the players. A win and you’re in, and the Marksmen are into the playoffs.