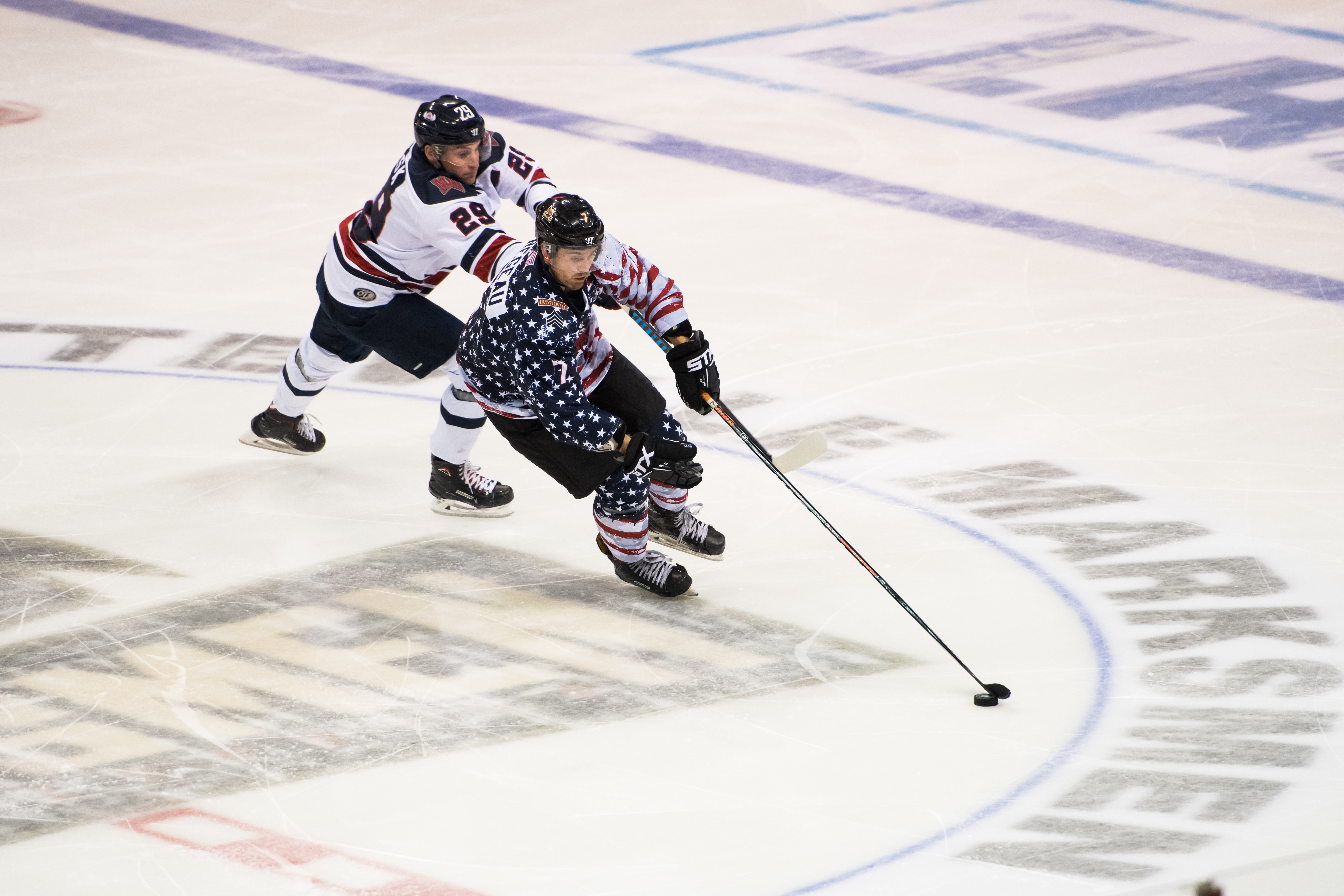 LEXINGTON, KY – After being swept at home by Macon, the Marksmen have little time to dwell on the past, already enroute for their longest road trip of the season against two serious SPHL contenders, Evansville (final four last year) and Peoria (back-to-back-to-back runner ups).

A three-game-weekend that could allow for the Marksmen to catch two very good teams by surprise.

While the Thunderbolts are coming a huge shutout victory against the Knoxville, 5-0, it was just their first of the season, as they sit in the basement of the SPHL right now at 1-5.

The returning Carter Shinkaruk scored his third goal of the season for the Thunderbolts, one away from matching his regular season goals last season. Bolts goalie Edwin Minney had a stellar night in the crease as he blocked 29 shots from a tough Ice Bears offense.

Despite a slow start, this is an Evansville team that can’t be taken lightly, knowing the depth of talent they have and what they did last season. With the Marksmen getting an early game – and on the road – against the Bolts out of the way, they could have the chance to steal a win against a team that very well could return to their ranks of the previous season.

This will also show us exactly how the Bolts respond on the other side of finally getting out of the Loss column, and on that they could ride and prove to be as deadly as they were against the Ice Bears. This will be a very telling one-off for both teams.

Following their game against the Thunderbolts, the Marksmen travel Northwest to Peoria for a two game series against the 4-0-1 Rivermen.

Peoria has been a model franchise the last few seasons, being on the cusp three straight seasons of winning the President’s Cup. As regular season champs last year, they looked poised to finally end their frustrating run, but #4 seed Huntsville shocked the Rivermen in Peoria to win the cup.

At this point in the season, it is tough to say how good this Rivermen team is. Peoria has played expansion Quad City in all but one game. That other game? Against last-place Evansville.

While Peoria certainly has the pedigree and the record to show that they are a good team, the Marksmen will be the best team they’ve faced this season so far, and that could give Fayetteville a chance to jump out of the gate and punch them in the mouth.

Peoria isn’t a team the Marksmen want to sleep on however. Much like their opponents last weekend, the Rivermen are at the top of the SPHL standings. The Rivermen are second in goals per game with an average of four goals a game. The Rivermen are coming off a close 2-1 victory against Quad City, seeing goals from Mike Gurtler and Alec Hagaman.

Justin Greenberg leads the Rivermen with five goals, Ben Blasko is close behind with four. The Marksmen are going to have to watch Joe Kalisz’s vision and awareness in the offensive end. Kalisz leads the team in assists with five, one of which came last Saturday with Alec Hagaman’s goal.

You can join our friends at the On-After Sports Bar & Grub, the Marksmen “Home Away From Home” watch party destination. If you’re unable to make it out to On-After, the game is available to watch on SPHLlive.com ($) or to listen live on the Marksmen Radio Network. All games will be available to listen to with the Voice of the Marksmen, Shawn Bednard.