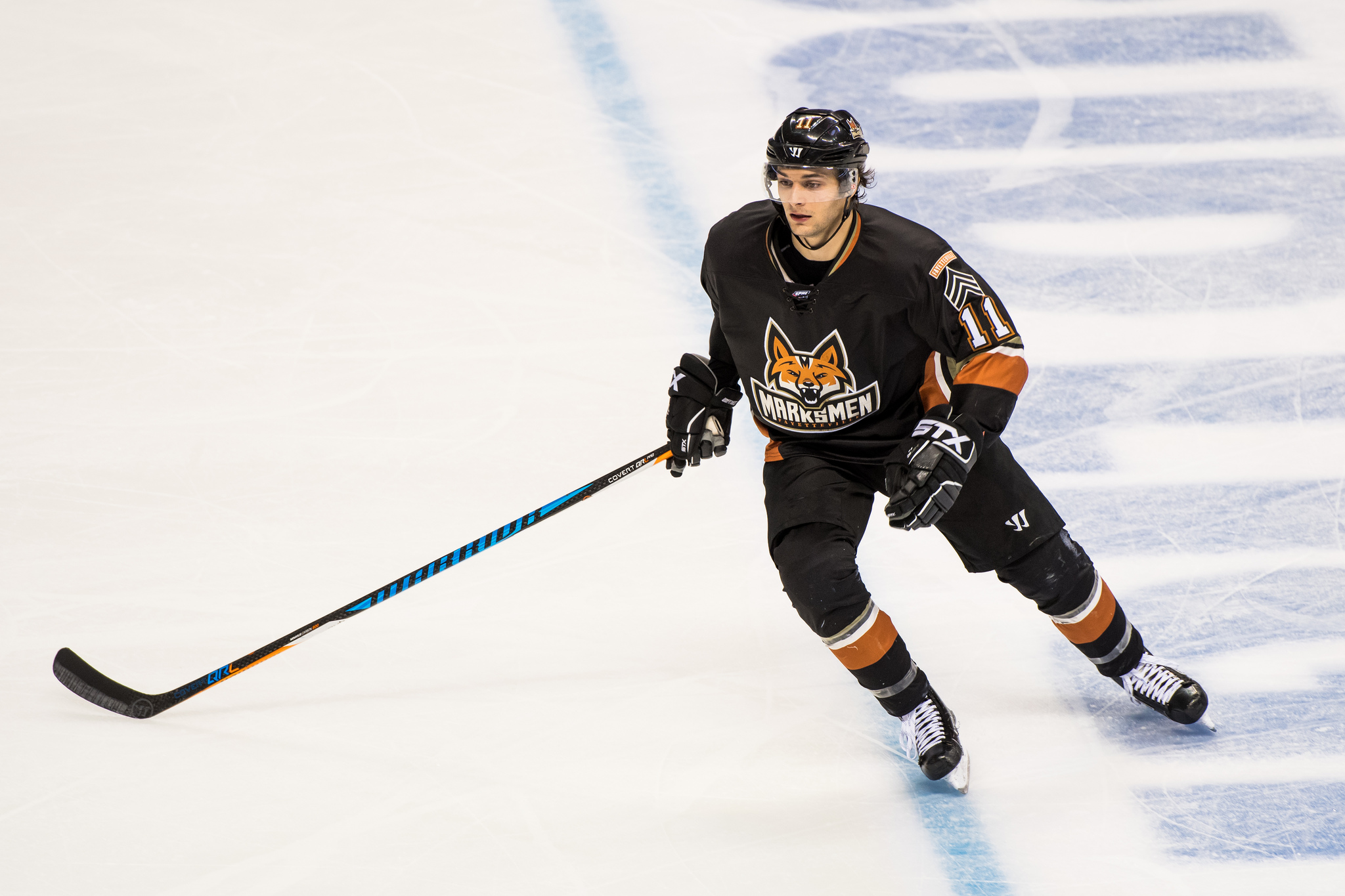 FAYETTEVILLE, N.C. – A disappointing weekend, and a trio of extra-time losses bring the Marksmen into the second straight weekend against the Pensacola Ice Flyers. Fayetteville didn’t really play up to normal of recent last weekend, as they failed to win a game. Even with the losses, they still came out of Florida with a trio of points.

Coming back to Fayetteville, the Marksmen are looking to improve their 9-9-1 record at the Crown this season. This will be Pensacola’s first trip to the All-American City this season; a building they played very well in last year. Pensacola won all three contests in their only visit to Fayetteville in 2017-2018. Pensacola comes into the series with a dismal 5-9-3 record away from home.

Even without a win, there were some positives to take out of last weekend for the Marksmen. They successfully came back from a three goal deficit, showing that they won’t give up easily. Fayetteville was successful on one of their five power plays last weekend, improving their season percentage enough to move them to first place in the league with the man advantage.

If this weekend stays similar to last weekend, goals won’t be at a premium. With two of the three games ending in baseball scores at 5-4, the defense will need to step up. Fayetteville hasn’t been able to close out games as well recently as they need to, one of the major reasons behind their struggles of late. Once they have a change to win, they’ve blown it in the final period or overtime. Closing out games will be key once April comes around.

One big oddity in minor league sports, that’s not typical in the higher levels, is early morning starts. Both teams need to be ready for an early 10 A.M. start on Thursday. Dead legs and a rough game won’t be good for Fayetteville as they’re looking to end their three game skid. The kids will be out in full force on Thursday, supporting their Marksmen in a pretty cool field trip.

Both Fayetteville and Pensacola are fighting for every point, but for different reasons. Pensacola is clinging on to the final playoff spot right now, currently sitting eight points ahead of Quad City. Fayetteville is fighting for position, the Marksmen are in sixth but are only two points behind Knoxville and Macon who are tied for fourth. Third place Huntsville is only five points ahead of the Marksmen in the standings.

This weekend starts a stretch of nine home games in a span of 11 games. That includes Fayetteville’s final homestand of the season starting on March 8. The Marksmen only play nine more games inside the Crown before the SPHL playoffs, come out and support your Fayetteville Marksmen.

The Marksmen are back home TODAY, February 21 for our School Day Game at 10 A.M. Tickets are available now by calling the Marksmen office at (910) 321-0123 or clicking on the date above!