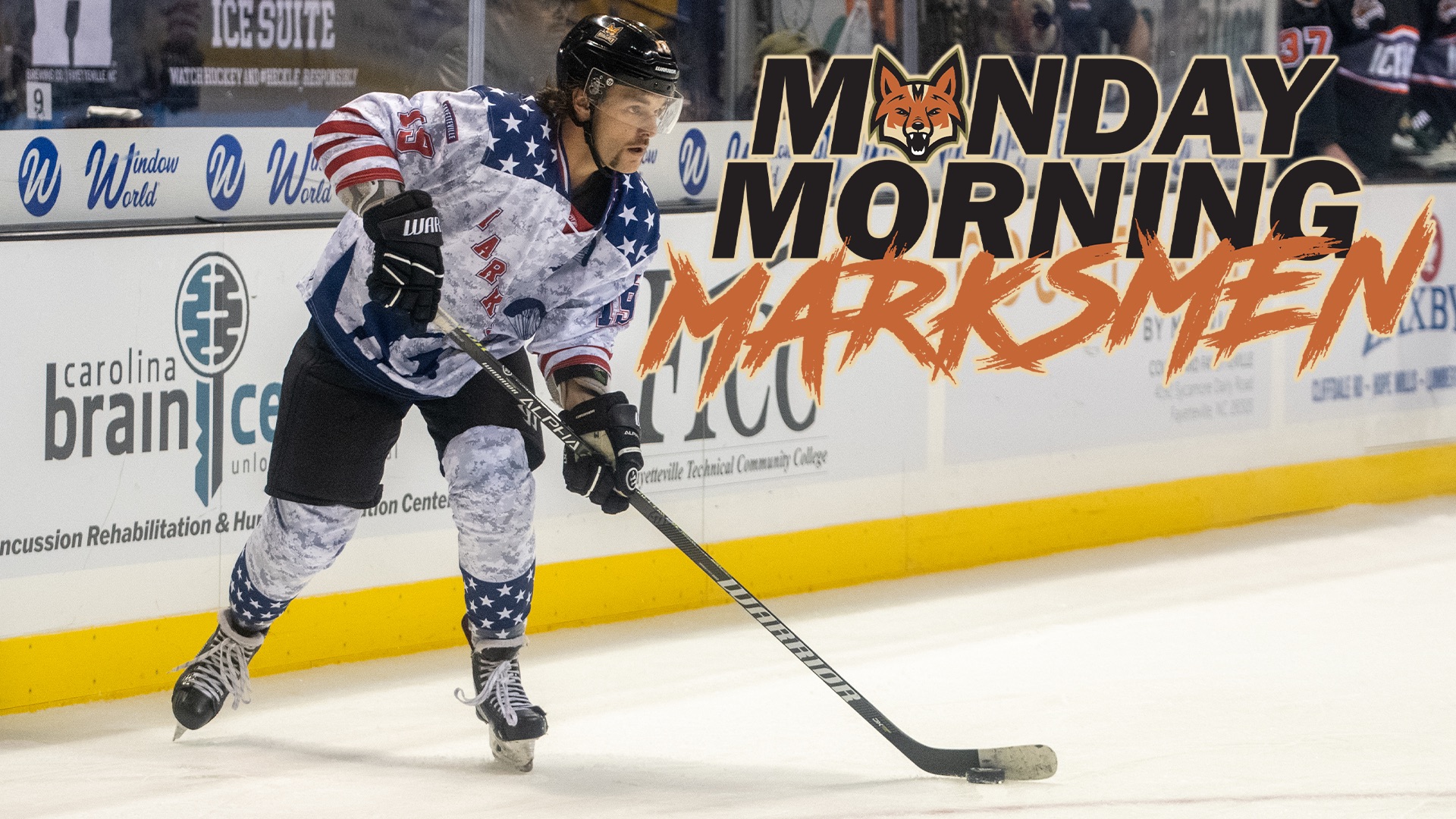 It’s cliché to start off the last days in November with a tale of gratefulness and re-hashing what Thursday’s holiday was all about. And probably like some of your Thanksgiving turkeys—it’s been overdone.

There’s a time and place to laundry list the many blessings we have (and with a 10-4 record, a top-tier goalie, and the league’s best rookie class, there are many)—but this Monday just isn’t it.

Weeks like this past one are a scramble for everyone. The front office goes on “short rest” and has to reset for a new theme in three days instead of five. On the ice, there is not a ton of time for film study and new strategy and you don’t want your group to burnout.

A lot of things in a little time is a part of the business—but these weeks are still tough.

Couple that with a pair of call-ups to the ECHL in less than 24 hours and you find yourself staring a mangy situation in the face.

Carlos Fornaris and Marly Quince had been difference makers for the Marksmen in their short times in Fayetteville (Fornaris creeping up into the top spot in team assists at one point, and Quince being a stalwart forward who had found the scoring touch). Those departures on top of the three key players still on injured reserve meant the Marksmen were down five day-in, day-out players going into Wednesday’s game.

Not the most ideal time to be reminded to be thankful.

Two first period goals and a strong open paved the way for what-looked-to-be success in Wednesday’s game. Then a Roanoke second that saw four goals on 12 shots quelched the Marksmen effort.

What can you do? Down to nine forwards and six defenseman—that’s the expected result, right?

This is hockey. It’s cold, cutting and frankly brutal at times. Results matter and getting good ones isn’t easy.

Tom Hanks played a baseball manager in “A League of Their Own,” and had a quote that should be plastered on every locker room wall in America. “It’s supposed to be hard. If it wasn’t hard, everybody would do it. The hard is what makes it great.”

And rolling to Roanoke with a rag-tag bunch that included no-name, out-of-the-woodwork bodies—it was going to be hard.

Don’t misunderstand, these are guys with pro experience not some beer leaguers, but it wasn’t a roster that has seven weeks worth of playing together and seamless chemistry as some other teams have developed.

Head coach Cory Melkert quipped before Friday’s game that the mantra of the team had to be, “Find a way.”

Down to guys who arrived in Fayetteville on Friday to catch the bus?

Sitting in Berglund Center, the “you-can-hear-a-pin drop” silence after Bryce Ferrell and Taylor Best scored was the sweetest sound stunning a group of rowdy (and perhaps over-confident) fans. Ironically it was the same sound that fell over the bus on the way home for a group of tired young men who played their hearts out over 60 minutes away from home. (Well… except the two staff members at the front of the bus ranting about some football game in Raleigh…)

In all seriousness, earmark Friday’s win. It showed tenacity, resilience, and most of all character. That’s Marksmen hockey.

The coaching staff has logged enough phone minutes to rival any telemarketer—a scout here, a coach here, a player here. Ring and pickup. Outgoing. Incoming. It never stops. That’s the part of the business with no glory and its harrowing.

There will be new players coming. New names, new faces, new numbers—it’s just how it is.

For that group of 18 that won, they may never play together again, but for one Friday night, they’ll be forever etched in Marksmen lore.

Yes, it’s just a regular-season win in November against a team that may be less-than-perfect. But that’s what a Marksmen is made of—and that resiliency is something difficult to defeat when the calendar flips to months that matter more.

At the end of week seven, the Marksmen just found a way.

And after 700 words and another week’s worth of memories, the chance to witness something like that is something to certainly be thankful for.

Roanoke’s offense too much for Marksmen Scroll to top