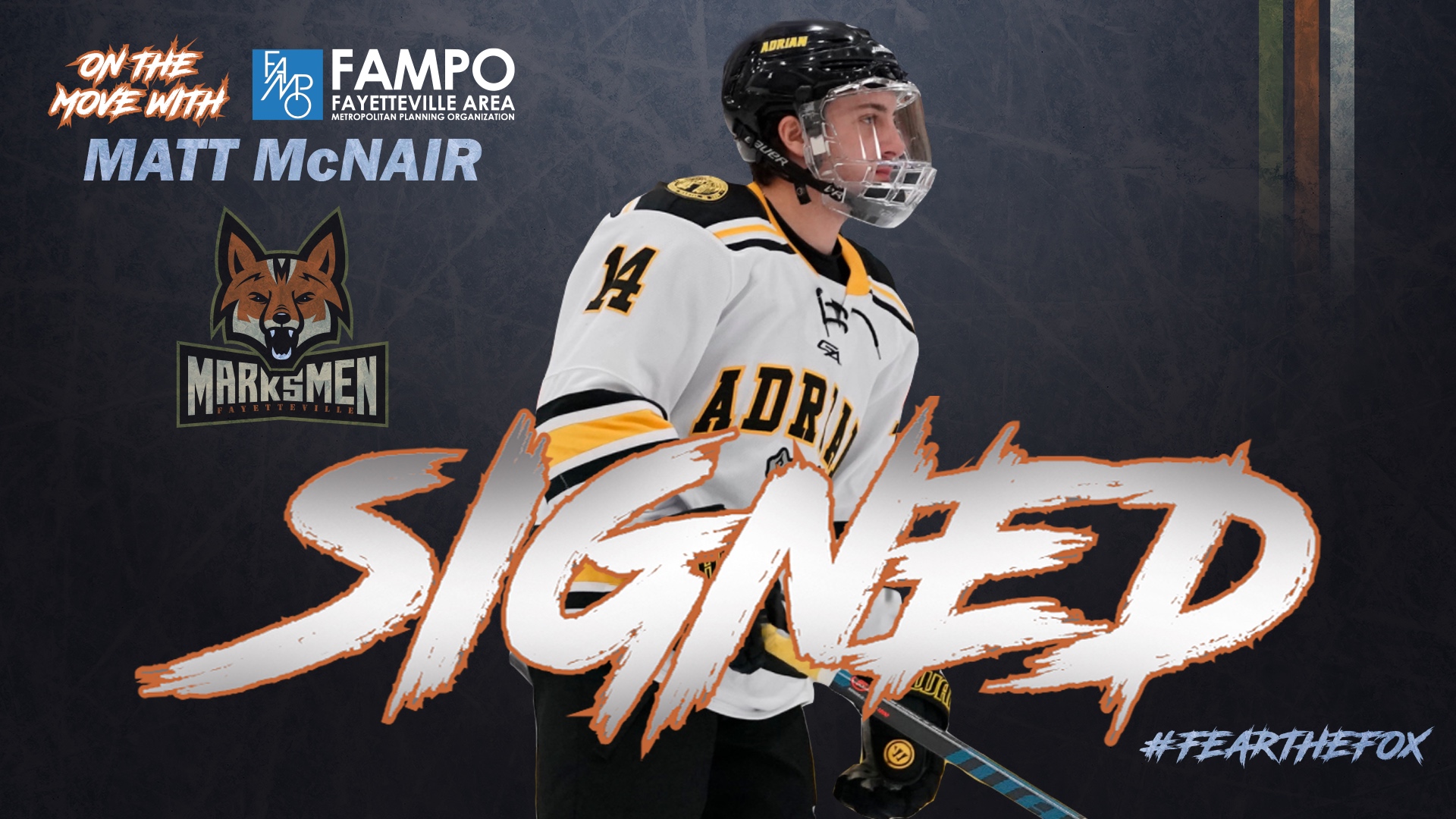 FAYETTEVILLE, N.C.- The Fayetteville Marksmen are on “On the Move with FAMPO” on Monday morning, announcing another player signing.

The Marksmen have announced that forward Matt McNair has signed with the Marksmen for the 2021-22 season.

“Matt has played a lot of NCAA D-III games and made plays while he was in school,” said head coach Cory Melkert, “I like that he will battle to put us in good position to score.”

McNair played a four-year college career with the Adrian College Bulldogs (NCAA-DIII). He ended his career with 68 points (24g, 44a) over the course of 112 games played. McNair sits tied for eighth in all-time games played in Adrian history.

In juniors, McNair played 170 games in the AJHL, most of them with the Okotoks Oilers, just south of his hometown, Calgary, Alberta.

“You can’t substitute experience,” said Melkert, “He’s played a lot of hockey and can be a workhorse on this roster.”