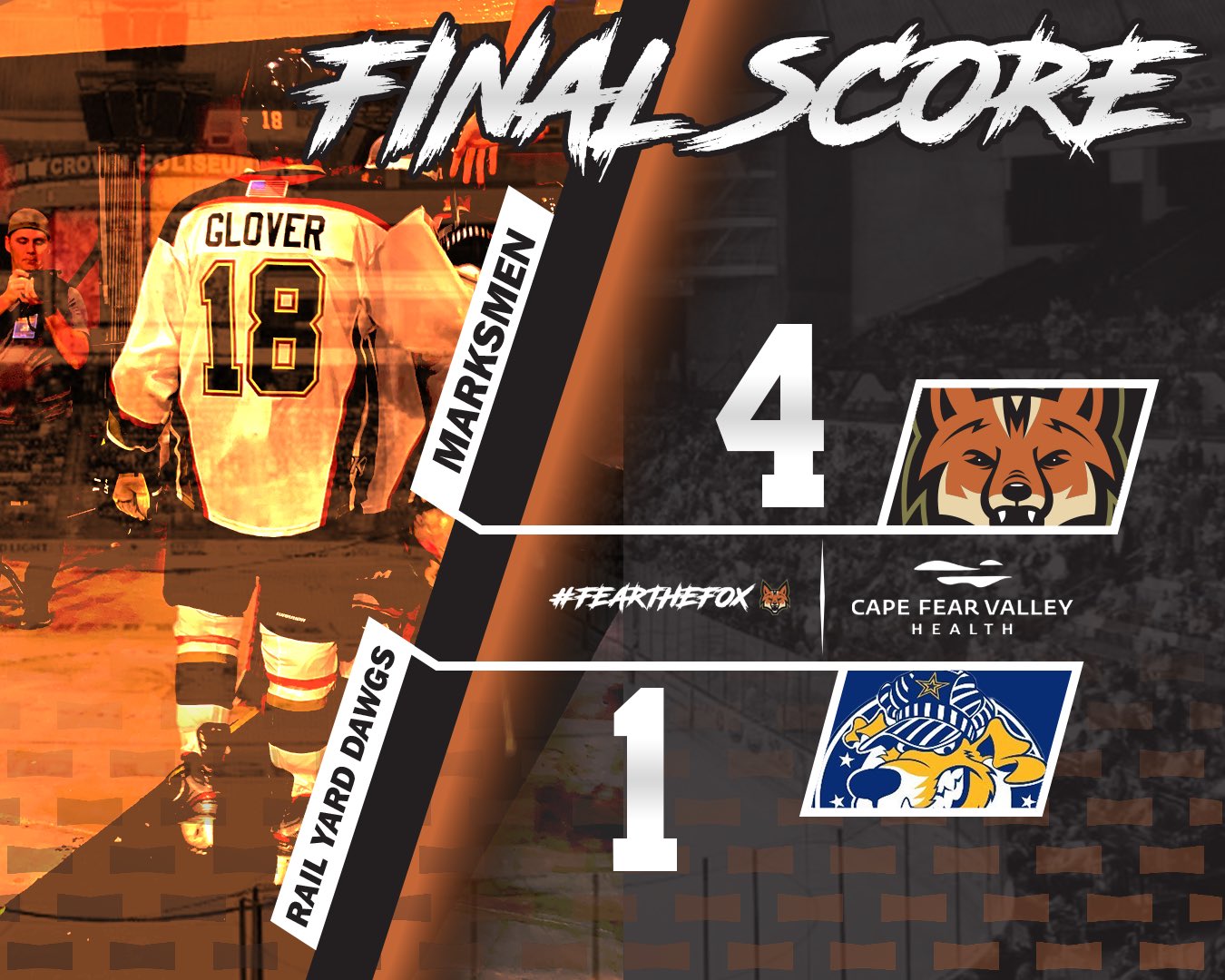 Roanoke opened the scoring 2:35 into the game when Matt Beer buried a pass from CJ Stubbs. The Rail Yard Dawgs would dominate the first period, outshooting the Marksmen 9-3 in the opening frame.

On the ensuing Marksmen St. Peter Pest Control Power Play, Fayetteville would have two scoring chances, but Roanoke goaltender Henry Dill was equal to both challenges.

Dill would stop the first 14 shots he faced through over two periods of action, but in the third period, Drake Glover broke through on a netfront scramble to tie the game.

Glover would score less than three minutes later over Dill’s glove side to give the Marksmen a lead they wouldn’t relinquish.

At 12:18 into the third, Matt McNair scored his first professional goal on a feed to the slot from Glover. McNair would also add an empty net goal from his own end to ice the game at 4-1.

“We played well, we took a punch and came back from it and I was proud of the way we stood up for each other and just kept pushing.” -Fayetteville head coach, Cory Melkert

“It’s a good win, we have things to clean up, but it’s a good start.” -Fayetteville assistant coach, Jason Binkley

Fayetteville ascends to the top of the SPHL standings with a 1-0-0 record and two points. Roanoke will fall to the cellar of the league at 0-1-0 and 0 standings points.

SOMETHING YOU MAY HAVE MISSED

Goaltender Jason Pawloski stopped 25 of 26 saves in the win, giving up his only goal on the first shot he faced.

While Matt McNair stole the show in his pro hockey debut with a pair of goals and an assist, F.X. Girard also notched his first professional point in the United States, assisting on Glover’s second goal.

The Marksmen (1-0-0) will face the Rail Yard Dawgs (0-1-0) on Friday, October 22 at Berglund Center in Roanoke for the second of seventeen meetings between the two teams this year.

McNair signs with Marksmen for the 2021-22 season