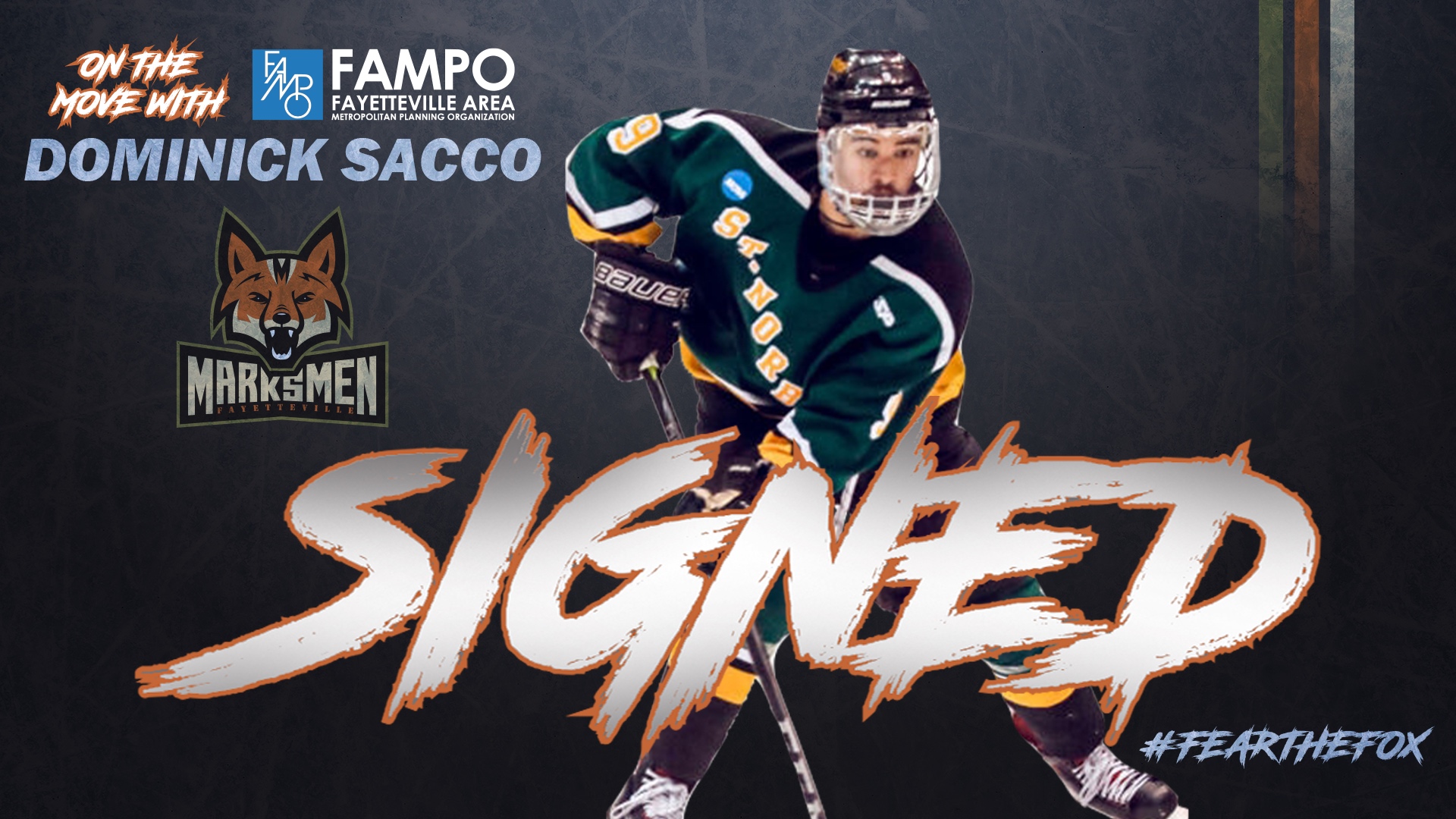 FAYETTEVILLE, N.C.- The Fayetteville Marksmen, proud members of the Southern Professional Hockey League, are “On the Move with FAMPO” announcing another player signing on Monday morning.

Forward Dominick Sacco has agreed to terms with the Marksmen for the 2021-22 season.

“[Dominick] has a high hockey IQ,” said head coach Cory Melkert, “He played at a really good school and produced every year.”

Sacco put up 97 points in four years at St. Norbert College (NCAA D-III). During his junior and senior season, Sacco was an alternate captain for the Green Knights and scored a single-season high 30 points his third year.

Prior to his career with St. Norbert, Sacco played with well-respected junior organizations, including 112 games over two season’s with the USHL’s Lincoln Stars. Sacco also made USHL stops in Omaha and Muskegon.

“He’s got a great offensive game and we’re looking that to continue into his pro career,” said Melkert.