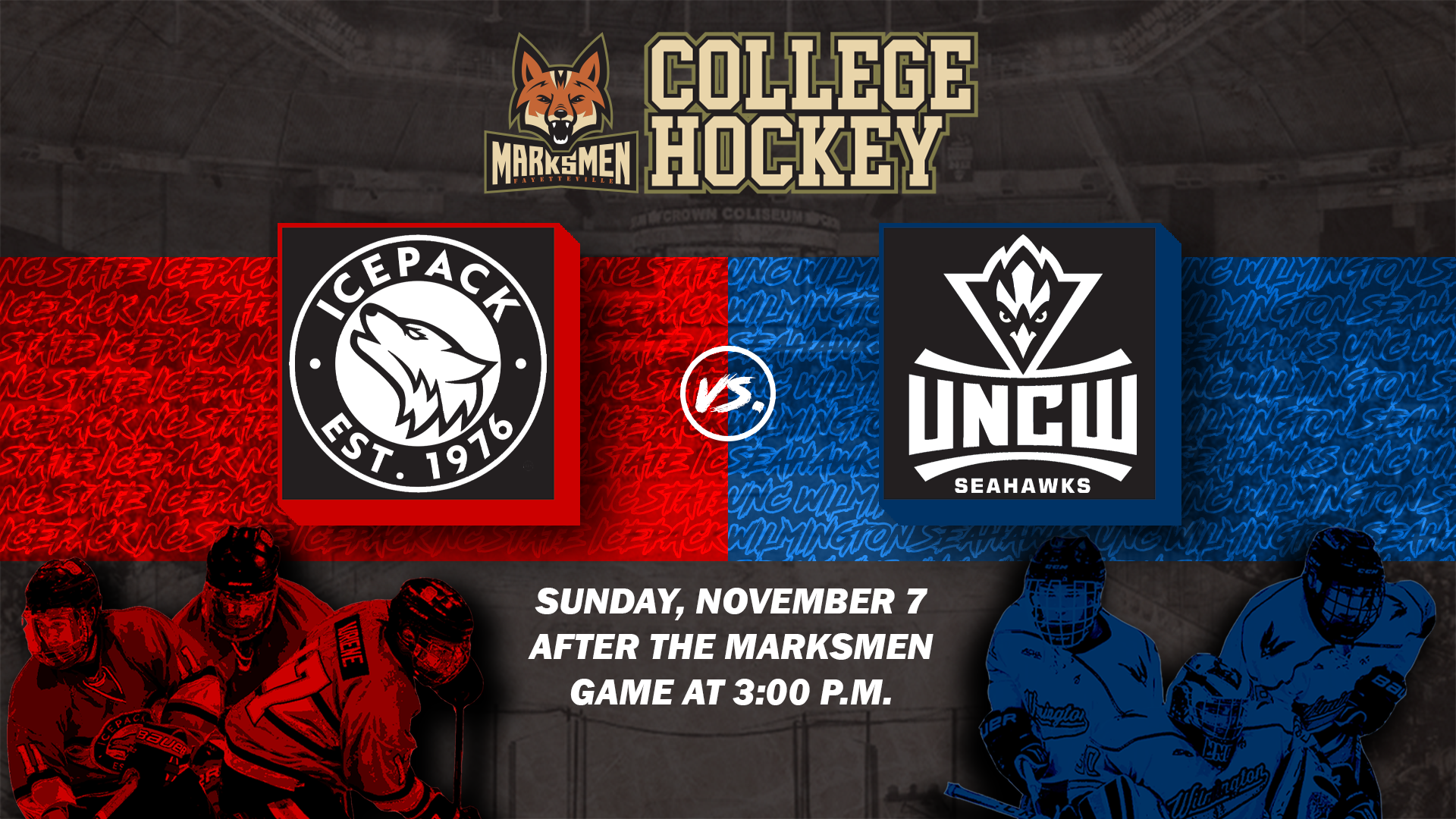 FAYETTEVILLE, N.C.-  The Fayetteville Marksmen, proud members of the Southern Professional Hockey League, are excited to announce that they will be hosting a college hockey game at the Crown Coliseum this season.

The N.C. State “Icepack” and the UNC-Wilmington Seahawks will square off against each other after the Marksmen host the Knoxville Ice Bears on Sunday, November 7.

“This will be a fun, new addition to our schedule this year for our fans,” said Marksmen executive vice president Alex Wall. “We’re excited to bring an event like this to town for the first time and showcase two local teams as we continue to grow the game of hockey here in North Carolina.”

Tickets for the Marksmen game on November 7 will be good for the N.C. State and UNCW game to follow. Single-game tickets, good for both games, can be purchased at this link: www.marksmenhockey.com/collegehockey.

N.C. State has become a premier college program, having made the American Collegiate Hockey Association (ACHA) Division II national tournament two of the last three seasons. The Icepack has captured three straight ACCHL conference titles and is looking for another season of continued success.

UNC-Wilmington has constantly been a thorn in the side of the Icepack’s hope’s for statewide dominance. In 2015, the Seahawks ended N.C. State’s perfect season with a 3-2 win at home. The 2015 Seahawks advanced to the ACHA Division III national tournament, becoming the first team in North Carolina to ever advance to a national tournament.

This will be the first time that the Marksmen have hosted a college hockey game since the team was founded in 2016.