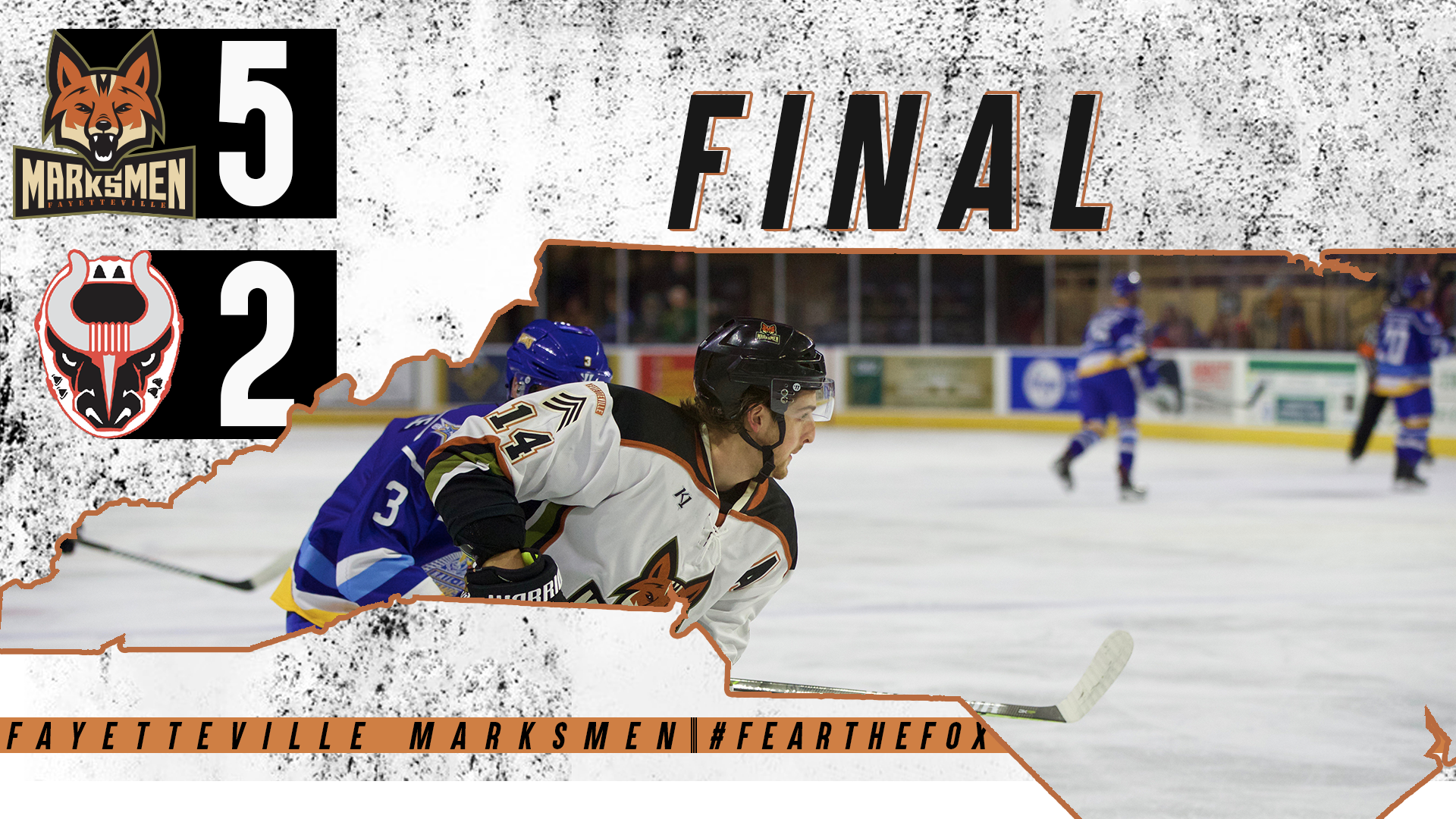 PELHAM, AL – After the first regulation loss of the season Friday, the Marksmen looked to bounce back and leave Birmingham with a split.

Special teams went to work early, as the Bulls were given a penalty only 86 seconds into the contest. The power play came up empty, only putting two shots on net during the two minutes.

The period went quiet for a while, as teams traded shots on net. The special teams found more work at the midway point of the period, this time being a penalty kill. The kill was successful for a minute, then the playing field was evened once again. Birmingham got called for a penalty of their own, sending the game to four on four for just under a minute. None of the penalties led to anything, as the game remained scoreless.

Then the game went quiet. For a span of just under four minutes, not a single shot was attempted. The Bulls finally ended the drought, putting a puck on the net with 3:17 to play in the first. Fayetteville’s penalty kill got more work late in the opening period, getting called for interference with a minute to play.

The Marksmen penalty kill didn’t work, and Birmingham scored on their first shot of the power play. Even with only 22 seconds left, the Bulls weren’t done yet. At 19:59 of the first period, Birmingham struck again. The goal came only 21 seconds after their first, giving them a 2-0 lead into the intermission.

Fayetteville struck quick coming out of intermission. With only 31 seconds off the clock, Darius Davidson scored his first goal with the Marksmen. Shortening the deficit to just one at 2-1, the Marksmen had momentum on their side. They used the momentum well, taking just over a minute to find the net again. Alec Marsh scored his fourth, tying the game at two. After coming out of the intermission trailing by a pair, the Marksmen tied it up in only 1:45.

Special teams played a big role in the second period. The period stayed quiet other than two seperate minor penalties. The penalty killers were successful both times, killing off the penalty with ease. Fayetteville kept shooting, recording almost double the shots on net than the Bulls. The shots finally paid off for the Marksmen as Max Cook broke the tie, putting Fayetteville up by a goal late in the second period. The period finished, with the Marksmen holding onto a 3-2 lead.

The final period of the game started off quietly. The opening minutes of the period ticked off the clock, with few shots on goal. The Marksmen struck again, this time Brian Bowen finding the back of the net. The goal extended the Fayetteville lead to two at 4-2. The wind seemed to be out of the Birmingham sails, and it showed as they got chippy.

Fighting emphasized the middle portion of the period, as Marksmen captain Max Cook dropped the gloves. The physicality didn’t lead to much offense, as Birmingham could only put two shots on net for six minutes, leading up to the Bulls pulling their goalie. An extra attacker helped Birmingham put a few shots on net, but nothing the Marksmen couldn’t stop.

Max Cook put an emphasis on the night as he sent the fifth of five unanswered goals into an empty Birmingham net. The goal sent the score to 5-2 Fayetteville, with only 10 seconds to play. The final seconds came off the clock, and the Marksmen got out of Birmingham with a split of the series. The win moves the Marksmen to 9-1-1 on the season, with Roanoke coming in for Thanksgiving on Thursday.