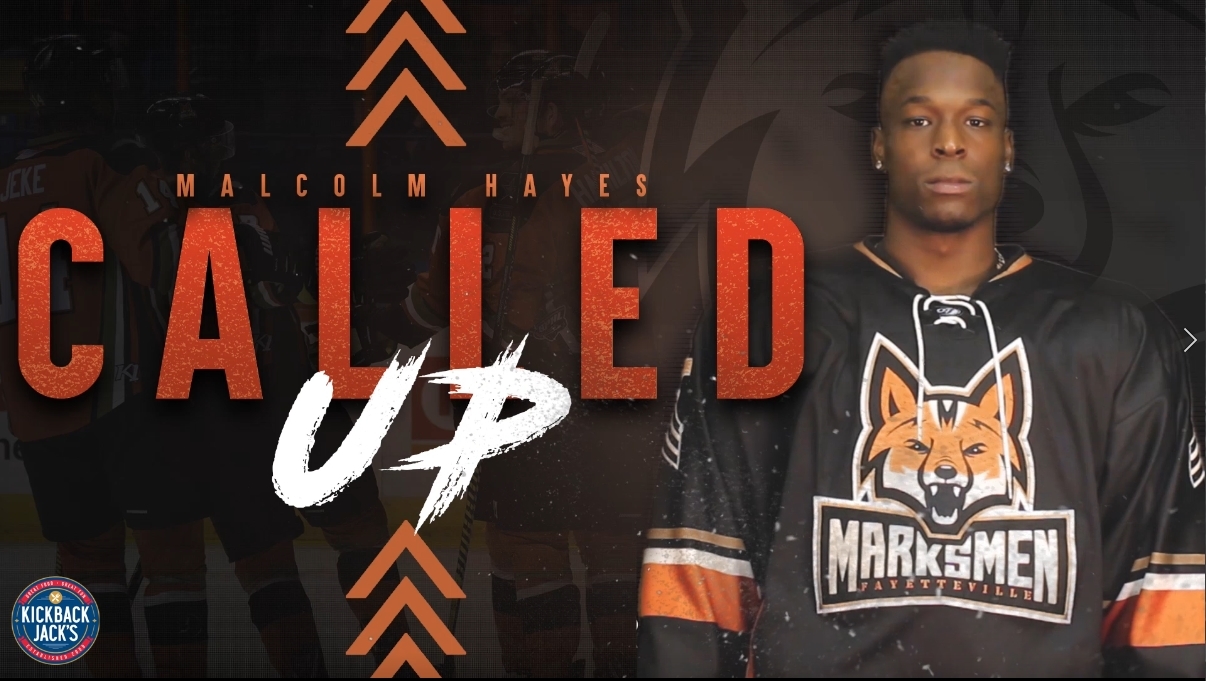 PELHAM, AL – In a week marked by player movements, the Fayetteville Marksmen see another man on the roster join the ranks of the ECHL.

Rookie Defenseman Malcolm Hayes will head westward and join the Kansas City Mavericks after a solid start in the Southern Professional Hockey League as a physical, hard-shooting blueliner. Hayes started his professional hockey career in Training Camp for ECHL Atlanta.

With this call up – effective immediately, as Hayes is enroute to Kansas City – the Marksmen have now seen three core players head to the next level in the same week; a sign of solid player development for an organization.

For Hayes, the chance to show off his ability and prowess at the next level is a testament to the Marksmen Coaching.

“Getting called up is very exciting; It was one of the goals I had for myself before the year started. [Hockey is] a fast-moving business, so I’ll bring what I can to help the team win and take it day-by-day,” said Hayes “Playing for the Marksmen to start my professional career was easily the best decision I’ve made. Coach Jesse and Coach Cory have helped me so much on how to be a pro on and off the ice in the short time that I’ve been there, and I couldn’t be more thankful for them!”

Head Coach Jesse Kallechy commended Hayes for his time in Fayetteville, and onto the next level.

“Malcolm was a true competitor for us, and played a strong role in our defensive core. His enthusiasm and attitude were a big part of our locker room and our play on the ice,” said Kallechy “We wish the best for Malcolm in Kansas City.”