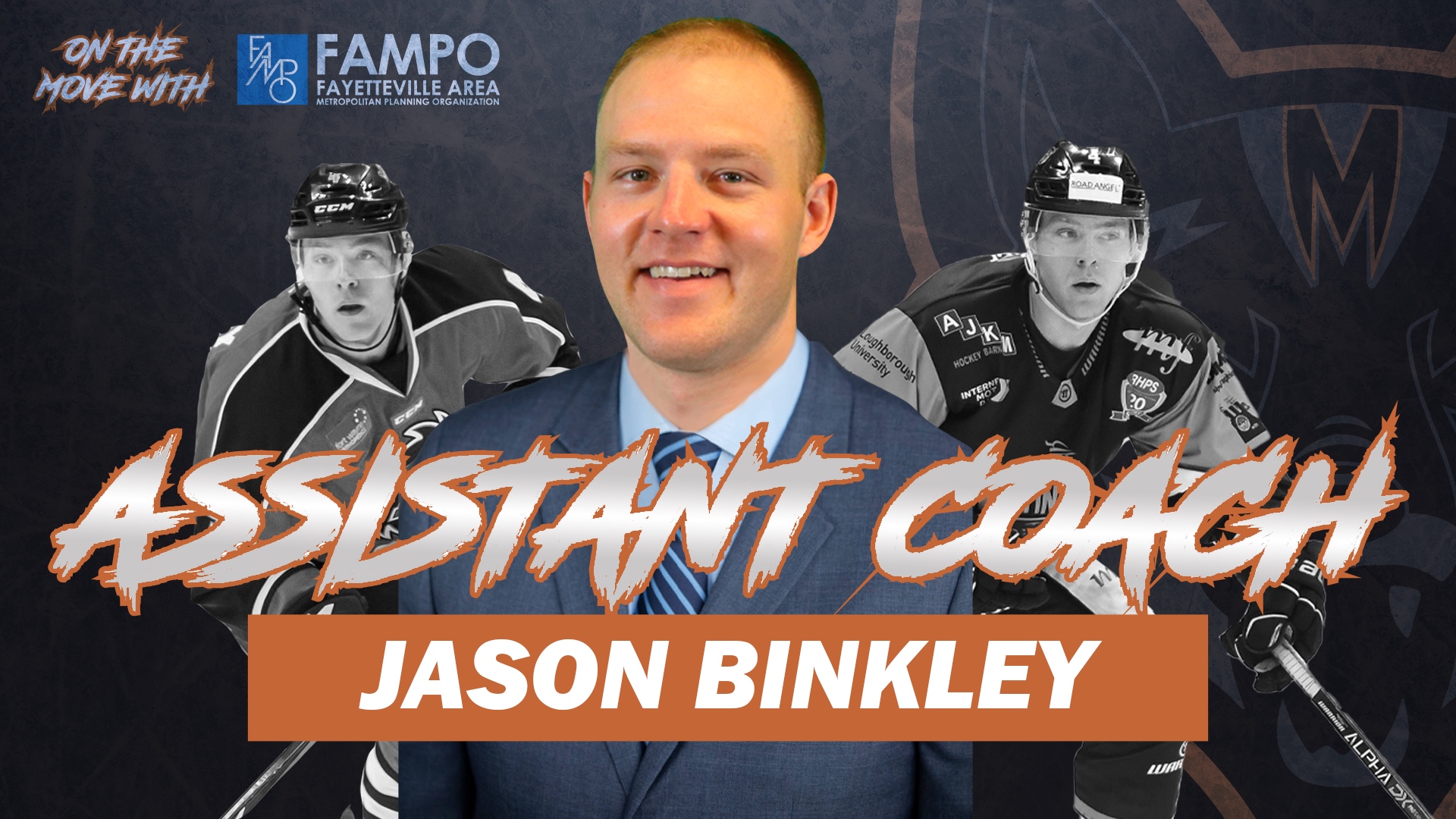 FAYETTEVILLE, N.C.- The Fayetteville Marksmen, proud members of the Southern Professional Hockey League, are excited to announce the signing of a new assistant coach for the 2021-22 campaign.

Jason Binkley has signed on to assist head coach Cory Melkert behind the bench when the upcoming season gets underway.

“To be given the opportunity to start my coaching career in an organization like Fayetteville means a lot to me,” said Binkley, “I’m thankful that Cory is trusting me to work alongside him.”

Binkley hails from Powell, Ohio, and will be stepping behind the bench for his first year as a coach this season.

“Jason is exactly what we were looking for in an assistant coach,” said Melkert, “He is young and hungry with the intentions of becoming the best coach he can be.”

A product of NCAA division-I Ferris State, Binkley played over 300 ECHL games in his professional career. The defensemen played in the 2012 Frozen Four national championship game with Ferris State, as well as two deep playoff runs with the Fort Wayne Komets in 2017 and 2018.

“One of my biggest strengths is my hockey I.Q.,” said Binkley, “I’ve played six seasons of pro hockey on different continents… I want to pass that knowledge onto players and help them succeed in their careers.”

In 2019-20, Binkley played a unique slate, including 38 games with Fort Wayne, four games in the AHL with the Cleveland Monsters, and six games with the Nottingham Panthers (EIHL) in England.

Binkley completed his final year as a player with the Jacksonville Icemen in the ECHL last season. Binkley’s ECHL career includes 139 points and 111 assists over 313 games played in the league.

“Work ethic and willingness-to-learn were what we were looking for when choosing an assistant coach, and Jason has both of those qualities,” said Melkert.

“I’m excited to still be in the sport, just in a different role,” continued Binkley, “It is an exciting and refreshing change.”