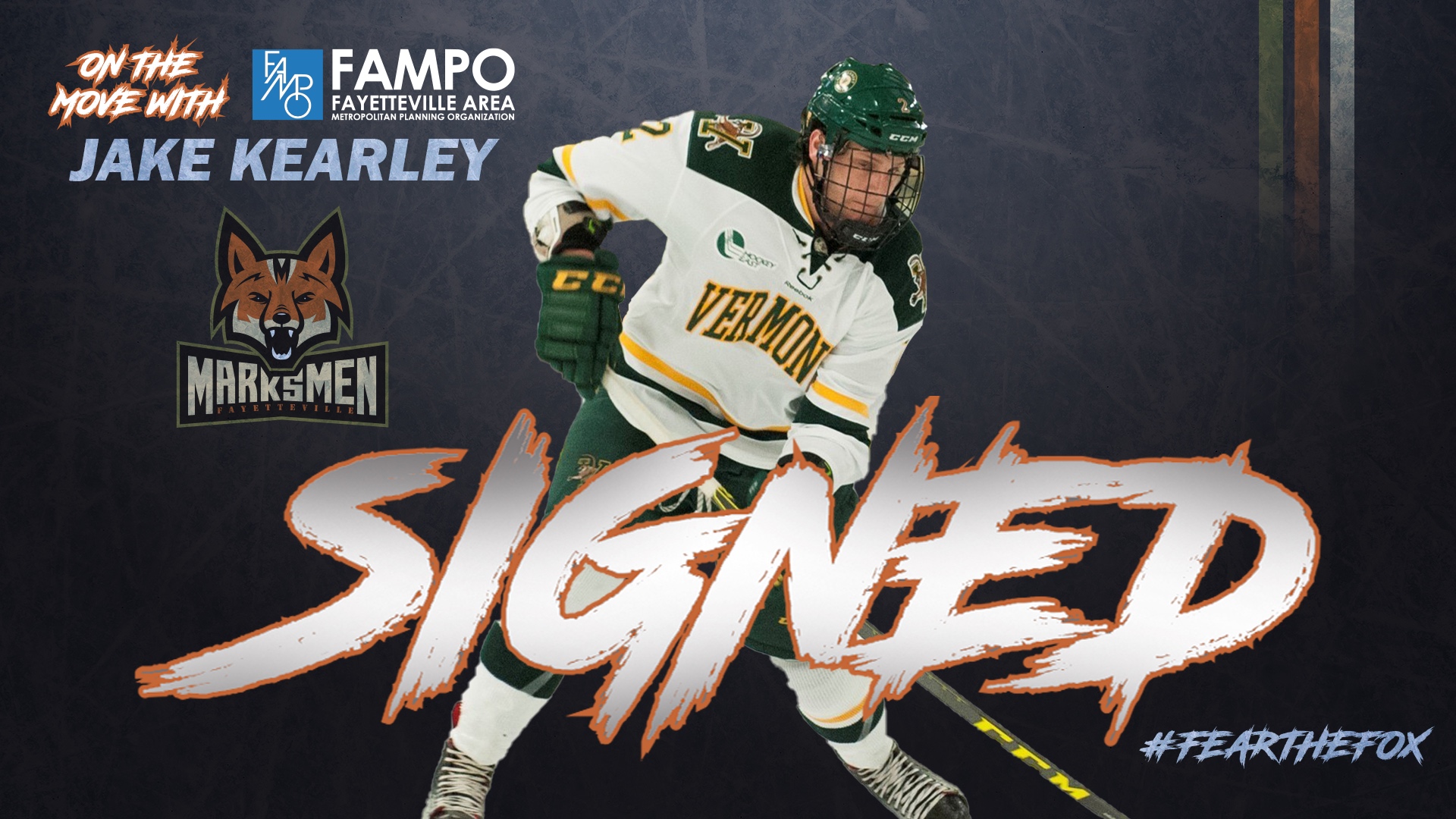 FAYETTEVILLE, N.C.- The Fayetteville Marksmen, proud members of the Southern Professional Hockey League, are “On the Move” with FAMPO again, announcing a player signing on Monday morning.

Canadian defenseman Jake Kearley (pr. KEER-lee) has signed with the Marksmen for the 2021-22 season.

“He’s a big, mobile defenseman who has played NCAA D-I and CIS hockey, which are both high levels and translate well to our league,” said head coach Cory Melkert.

Well-recruited out of juniors, Kearley broke into collegiate hockey with the University of Vermont Catamounts where he was teammates with Marksmen forward Brian Bowen. He earned ice time in nine games his freshman season.

In his sophomore season, Kearley did not see NCAA D-I ice time and transferred to a top-level ACHA program at U.N.L.V. With the Runnin’ Rebels, he played his best statistical season of hockey with 32 points (8g, 24a) in 24 games.

Kearley played in Canada’s USports league last season with the University of Calgary. On the blueline, he scored 10 points across two seasons with the Dinos.

In the BCHL in juniors, Kearley hit 20 assists in back-to-back seasons with the Victoria Grizzlies and the Langley Rivermen. During his final junior season, he was the top-scorer among defensemen for the Rivermen.

“I think he’ll be noticeable early on,” said Melkert, “he fits well into the way we want to play hockey here.”