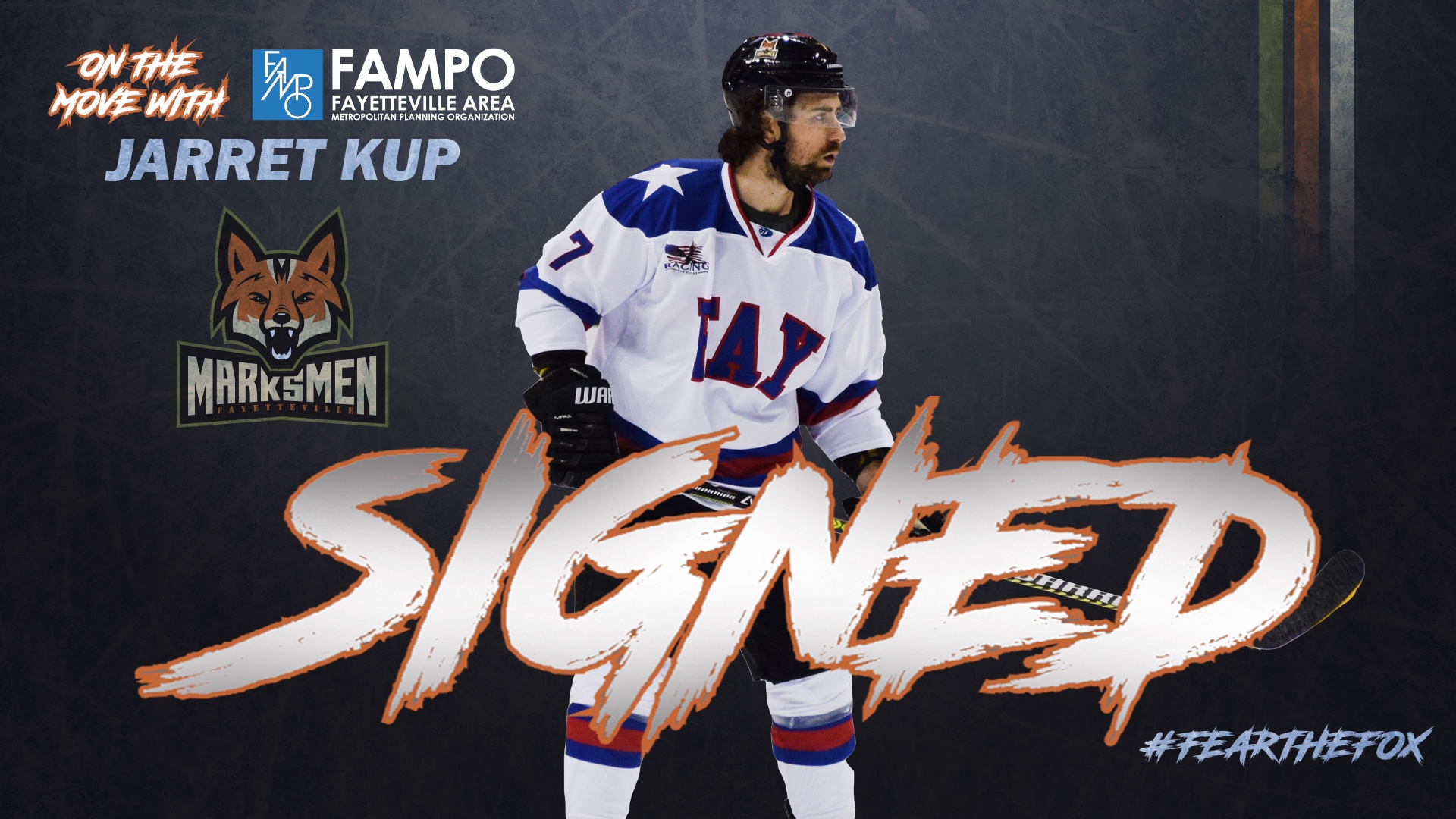 FAYETTEVILLE, N.C.- The Fayetteville Marksmen, proud members of the Southern Professional Hockey League, are “On the Move with FAMPO” announcing another player signing on Thursday morning.

Defensemen Jarret Kup will be returning to the Marksmen for the 2021-22 season.

“He’s got a unique skill set and knows what it takes to make scoring plays from the blue line,” said head coach Cory Melkert.

Kup came to the Marksmen from the Macon Mayhem midway through the 2019-20 season. Once donning the Marksmen sweater, Kup earned five points (4g, 1a) in 16 games. Those five points capped his best season-to-date as he notched 22 points (7g, 15) between the two teams.

Last year, Kup stepped away from the SPHL and played in a highly-competitive French-2 league with Neuilly-sur-Marne. He logged three assists in 12 games.

Prior to joining Fayetteville, Kup played 96 games over the course of his first three professional seasons with the Mayhem. He broke into the SPHL in 2018 after a four-year career with NCAA D-III Curry College.

Kup led all Colonel defensemen in scoring during his senior season (11g, 8a) wore an “A” on his sweater while also serving as an alternate captain.  His teammates on the Curry College team included Zach White (Vermillion County) and Raleigh, N.C.-native Cody Murch.

“Three years worth of experience and a lot of games played is an added advantage,” said Melkert, “veteran D-men are hard to find and I’m glad we have a guy like Jarret.”