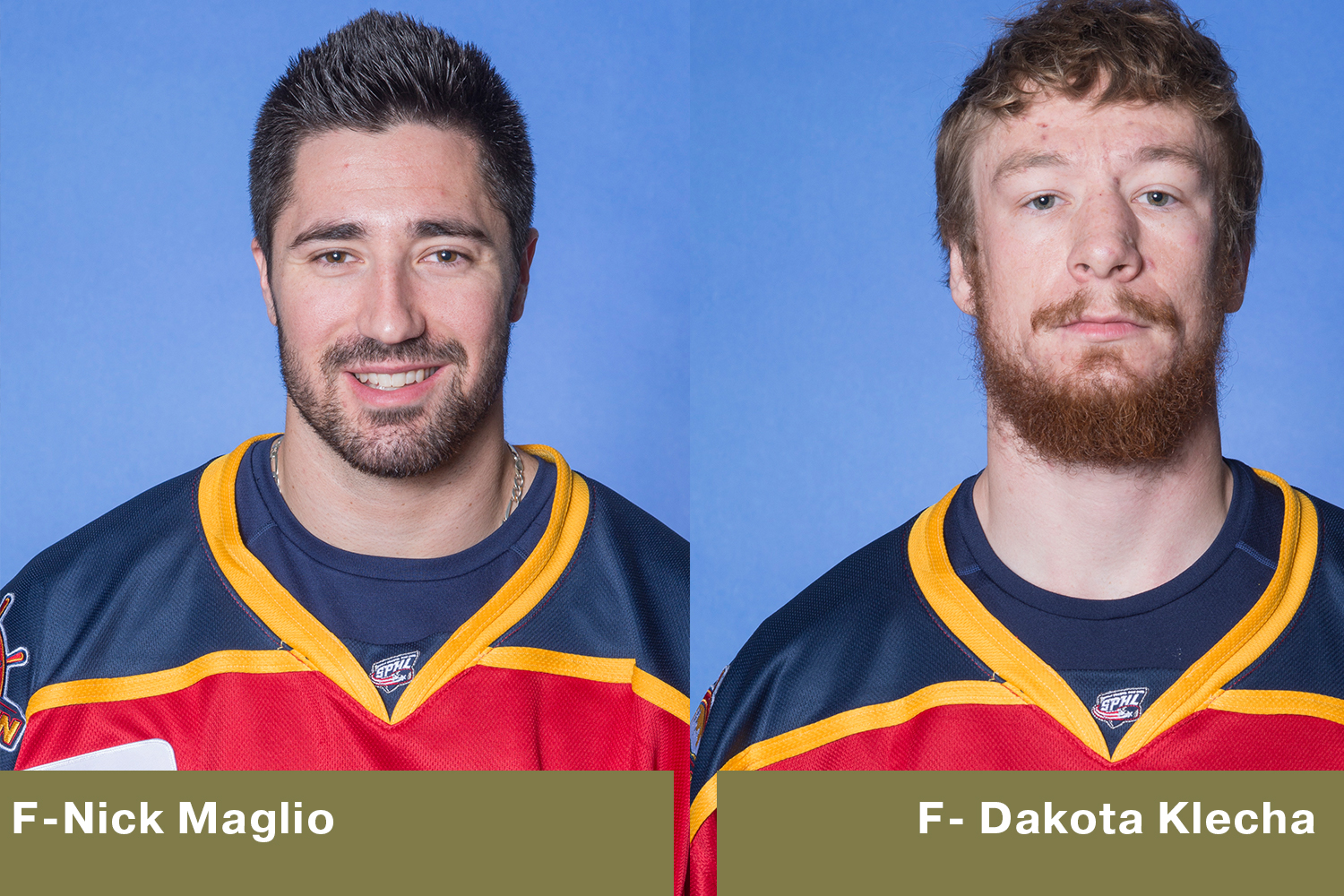 Fayetteville, N.C-  The Fayetteville Marksmen on Wednesday announced the acquisition of wingers Dakota Klecha and the SPHL rights of Nick Miglio from the Peoria Rivermen, in exchange for goalie Peter Di Salvo and forward Joe Kalisz.

Klecha, 26, is in his third season of professional hockey, and second of North American professional hockey, having skated with the Rivermen last season. Through 27 games this season, the Taylor, Michigan native has registered 14 points (8G, 6A). Through 40 games during the 2016/17 campaign, Klecha notched 35 points (15G, 20A).

Prior to returning stateside, the 5-foot-9, 174-pound winger suited up Orlik Opole, a professional ice hockey team playing in the top league in Poland. In 40 games with overseas, Klecha deposited 13 goals and added 20 assists.

Before turning pro, Klecha played parts of three seasons with the Bulldogs of Ferris State University from 2012-2015. In that time, Klecha appeared in 48 games, while scoring 10 points (5G, 5A).

Miglio, who is currently with the Kansas City Mavericks of the ECHL, joins the Marksmen amid his second season of pro hockey. In 14 games with the Rivermen this season, the 26-year-old has found the back of the net three times, while adding four assists. Earlier this season, the native of San Antonio, Texas was called-up to the Norfolk Admirals, suiting up for nine games in Hampton Roads and registering two assists.

Prior to joining the professional ranks, Miglio completed a four-year campaign at Utica College. While with the Pioneers, he appeared in 76 contests, scoring 33 points (15G, 18A) in that time.

In a separate transaction, Denys Tsaruk has been signed as an emergency backup goaltender.