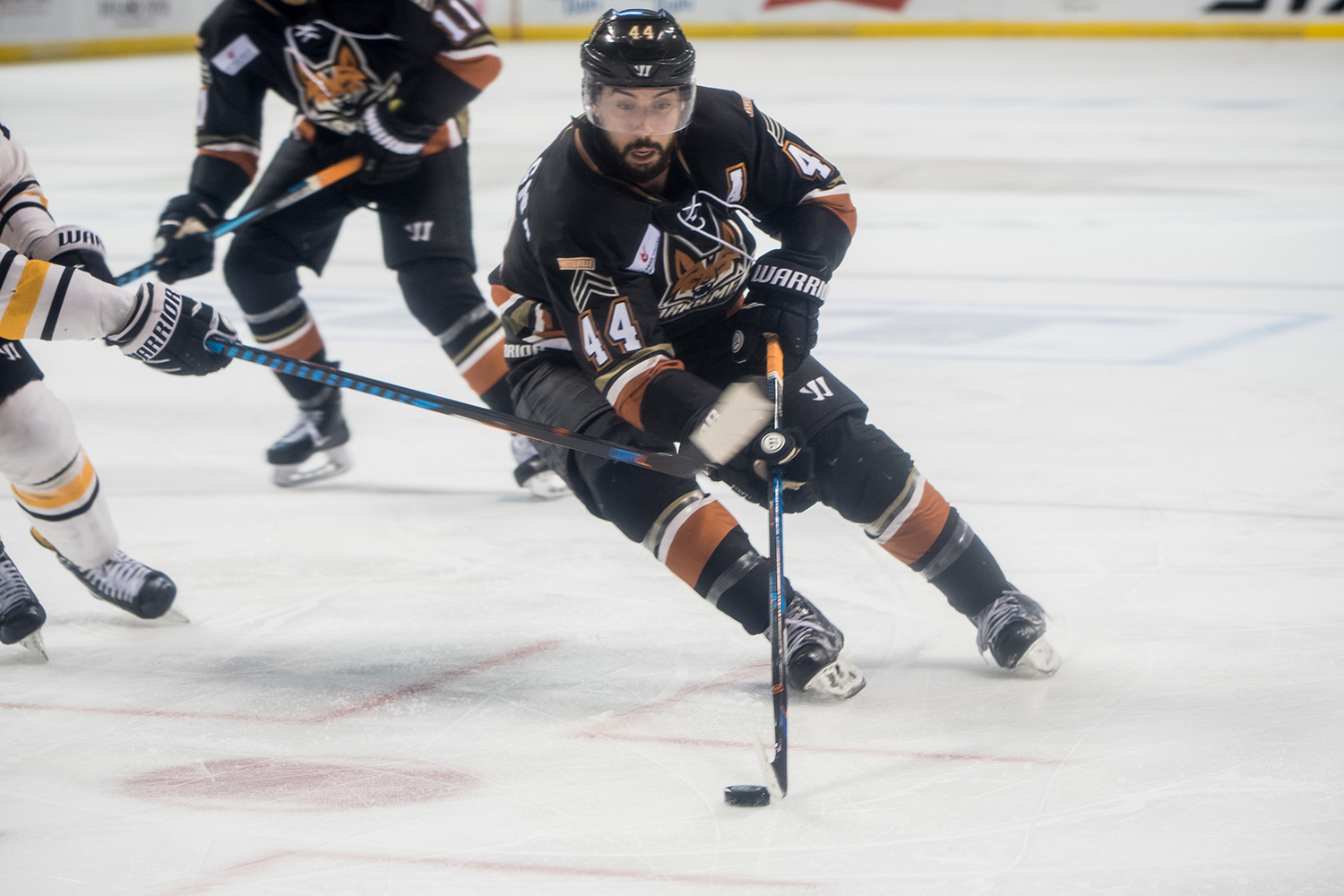 Fayetteville, N.C– The Fayetteville Marksmen fell behind 4-0, a deficit that proved too much, as the Birmingham Bulls dominated their way to a 7-3 victory on Friday night at the Crown Coliseum.

Just 4:49 into the first frame, the Bulls jumped out to the early 1-0 lead. Josh Harris, taking advantage of early momentum in the contest, worked around the zone, and blasted home an opportunity.

Nearly eight-minutes later, Taylor Dickin gave his team the 2-0 advantage. Just after the expiration of a Bulls’ power play chance, Dickin walked down the slot and rifled a shot just under the cross bar, past Patrick Spano.

It only took 56-seconds into the middle frame for the Bulls to extend their lead to 3-0. While shorthanded, Steven Phee fed a backhanded pass from the neutral zone to Harris you walked into the zone and rifled a shot past Spano.

The lead grew to 4-0 just under five minutes into the period. Shane Topf pushed a pass from the corner to the right circle, on the tape of Jacob Barber, who marked his spot and hit the back of the net.

Despite the tremendous deficit, the Marksmen continued to push the pace and earned their first goal of the night. While on the power play, Jamie Hill rocketed a point shot past Mavric Parks, who was screened on the play by Jesse Facchini.

Continuing to mount a comeback, Dakota Klecha made it a 4-2 game. With a scrum in front of Parks, Klecha drove the net, flipped a soft wrister over Parks, who caught a piece of it, but not enough as the puck trickled over the goal line.

Past the midway point of the game, Jake Hauswirth cut the deficit to just one. With an extra-attacker on the delayed penalty, Hauswirth let loose a howitzer from the top of the slot and past Parks.

That was as close as the Marksmen would get, as the Bulls dominated the third period of play, bookended by a pair of Justin Larson tallies, who opened the period with a strike just 45-seconds in, and capped the scoring with under two-minutes left, while on the power play. Evan Schultz added a marker in the middle of the frame as well, as the Bulls skated away with the 7-3 victory.

Marksmen Battle Back Early, Fade Late in Defeat to Mayhem Scroll to top