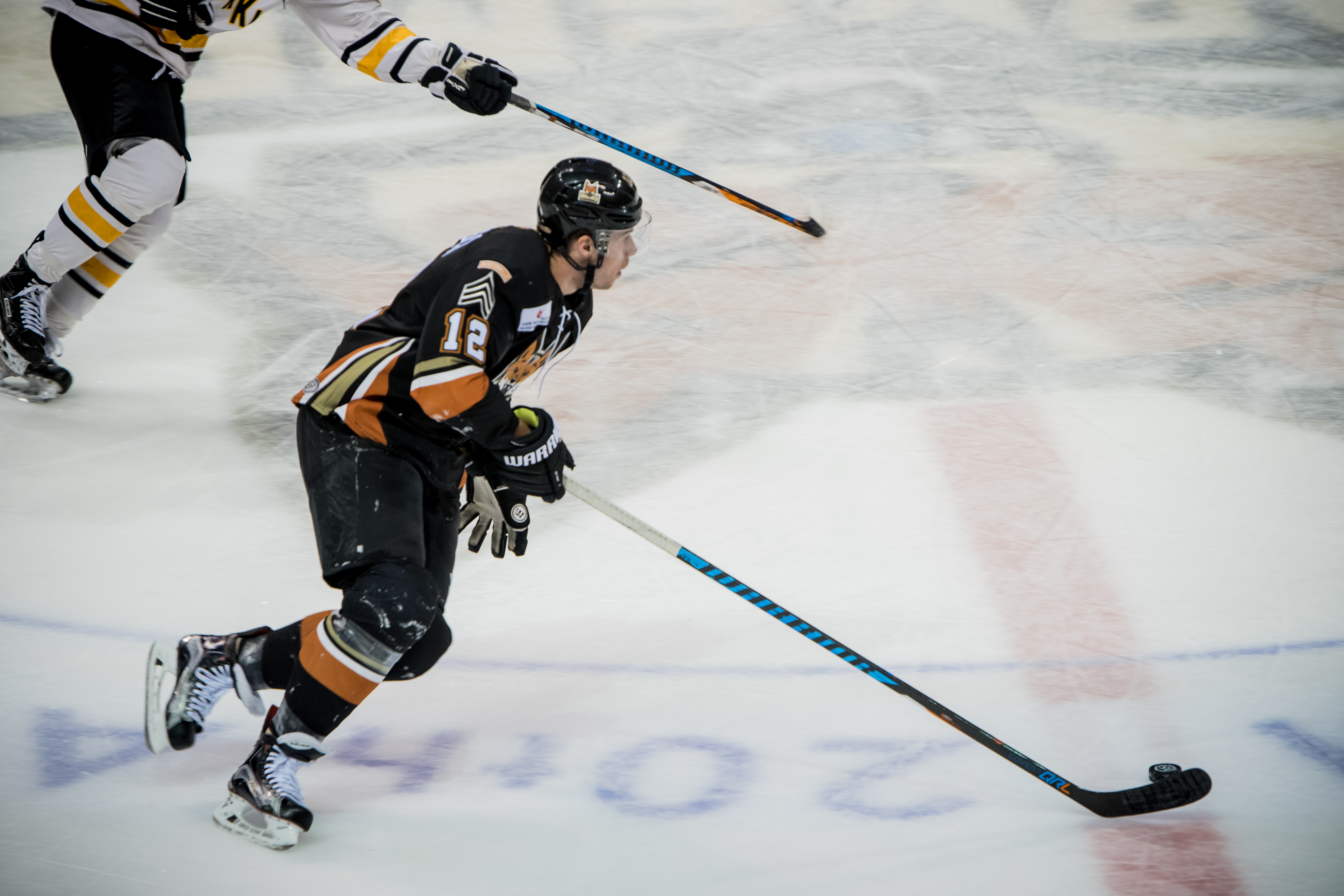 Fayetteville, N.C– Three different Fayetteville Marksmen skaters registered two-point games, while the team struck for three power play tallies, but it wasn’t enough as the Macon Mayhem skated away from the Crown Coliseum with a 6-3 victory on Saturday night.

The Marksmen made a concerted effort to come out strong in this contest, contrary to last night’s game. Registering the game’s first three shots, it looked as if the Marksmen would carry the momentum to the game’s first tally, however Jake Trask had other ideas. Working into the zone, Trask moved around a Marksmen defender with a toe-drag move and roofed the attempt over the glove of Patrick Spano.

The shift in momentum was evident and the Mayhem pushed their way to a 2-0 lead, early in the first. After the expiration of a four-on-four chance, the Mayhem were awarded a brief power play opportunity. Through the quick transition, Dennis Sicard found Darren McCormick on the weakside, alone, for an easy tap in to the open net.

Regaining their form, the Marksmen settled in and took advantage of a power play chance of their own. Playing pitch and catch at the blue line, Bryan Dallaire slid the puck to Jamie Hill at the right point, teeing him up for the one timer, past Charlie Finn.

The power play, which had struggled at times for the Marksmen proved to be a strength against the Mayhem. With an extended five-on-three opportunity, early in the second frame, Dallaire unloaded from the point, through a mass of bodies, finding the blade of Tommy Fiorentino, whose deflection sailed past Finn, giving the Marksmen their first lead of the evening.

Nearly six minutes later, the Mayhem pulled the game even at 3-3. While on a power play of their own, the Mayhem were awarded a penalty shot. Trask was selected as the shooter and did not miss his chance, walking in slowly on Spano and rifling a quick wrister past the Marksmen netminder.

Less than two-minutes later, the Mayhem regained their lead, courtesy of Dylan Denomme. Daniel Echeverri flicked an innocent-looking wrister from the left point that deflected off the tape of Denomme, who had his stick on the ice just in front of Spano.

With under a minute to play in the middle stanza, John Siemer found the back of the net to give his team the 5-3 lead. The initial shot attempt was stopped by Spano, but he couldn’t cover the puck, allowing Siemer to take several secondary attempts and bang the puck through the legs of Spano.

The third period became a contradiction of the entire game as the defensive units for both teams stepped up, until late in the final frame. Entering the zone, the Mayhem pushed a shot in on Spano, who made the first stop, but the rebound caromed to the slot for Caleb Cameron, who deposited the one-timer, making it 6-3.