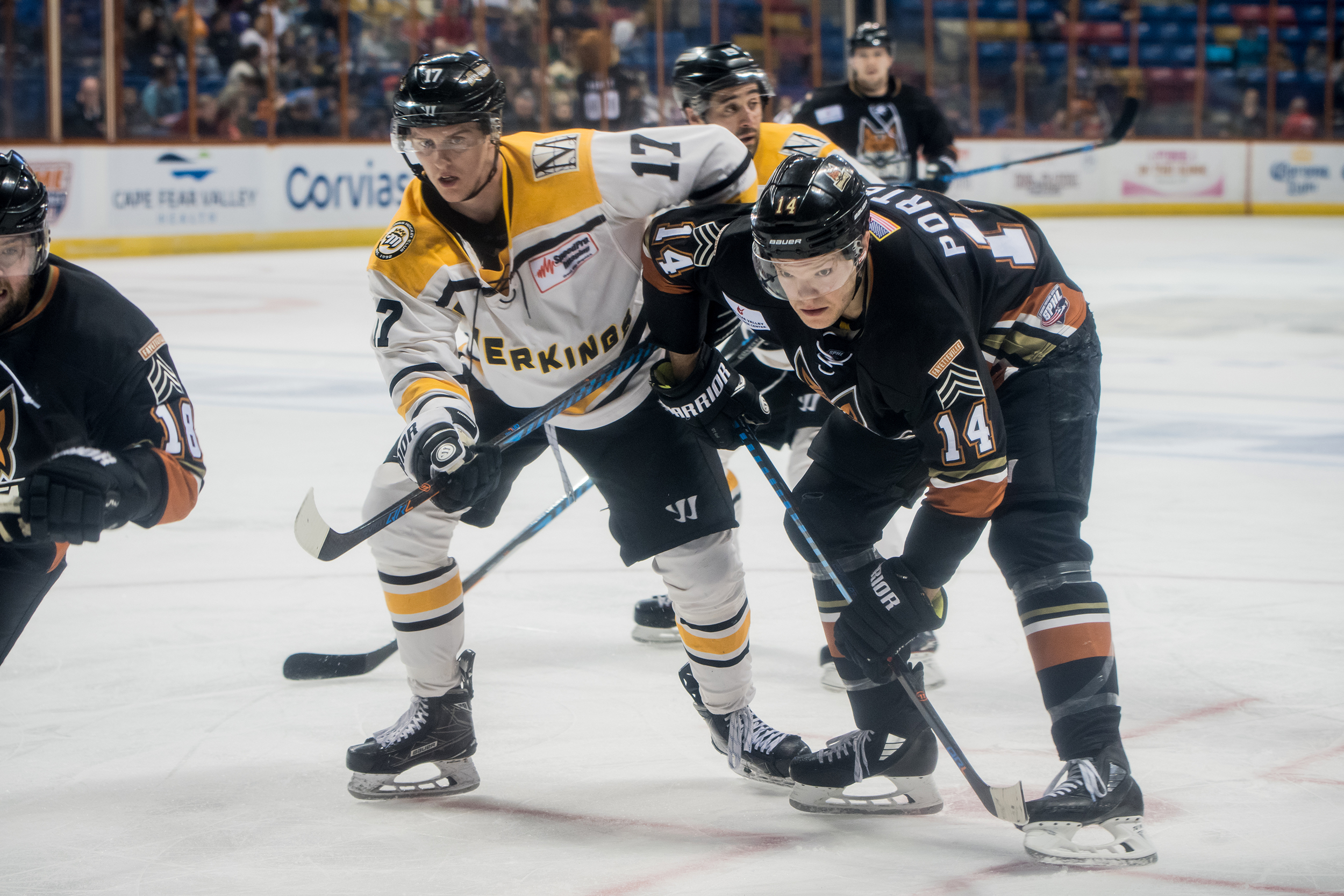 Fayetteville, N.C– Tommy Fiorentino scored twice in regulation, and Jamie Hill notched the game-winner in the seventh round of the shootout to give the Fayetteville Marksmen a 5-4 victory over the Mississippi RiverKings on Saturday night at Crown Coliseum.

It only took 33-seconds to find the offensive touch for the Marksmen, who struck first for just the seventh time this season. Fiorentino skated in behind the net of Tyler Green and hammered home a backhanded attempt.

Just past the six-minute mark, the Marksmen took the 2-0 lead, courtesy of a Jake Hauswirth shorthanded tally. Hauswirth took a deflected puck out of the defensive zone, streaked down the leftwing boards and rocketed a shot to the far post, beating Green on the glove side.

The RiverKings battled back to cut their deficit to just one. Coming off a successful penalty kill, the RiverKings continued to cycle the puck around the zone, eventually feeding a puck back to the left point for Bryan Arneson, who rifled home the long attempt.

Taking control of the period, the RiverKings peppered Spano, earning a penalty shot for Shane Bennett, but his attempt was unsuccessful.

However, the RiverKings earned a power play attempt later in the period and cashed in on the chance. Devin Mantha pushed home the rebound chance to knot the game at 2-2, with 18-seconds left in the period.

The RiverKings continued to carry momentum through the early stages of the middle frame, and took their first lead of the night. Patrick Spano came out of the crease to play the puck, but the clearing attempted ricocheted off the boards and to the tape of Taylor Price, who deposited the puck into the open net.

With a power play chance of their own, the Marksmen tied the game up at 3-3. Hauswirth rocketed a shot on net that caromed off the pads of Green and to the tape of Fiorentino for his second of the night.

With time winding down in the frame, the Marksmen evened things up once again. Ryan Badger skated down the right slot, fed a cross-ice feed to the tape of Jesse Facchini, who tucked the puck just under the crossbar.

For the second straight night, 65-minutes was not enough, and the teams headed to the shootout. In the seventh round of the skills competition, Hill picked the top corner over the glove of Green, putting the pressure on Mantha to strike for the RiverKings. With his second attempt of the night, Mantha couldn’t lift the puck over Spano, giving the Marksmen the 5-4 victory.