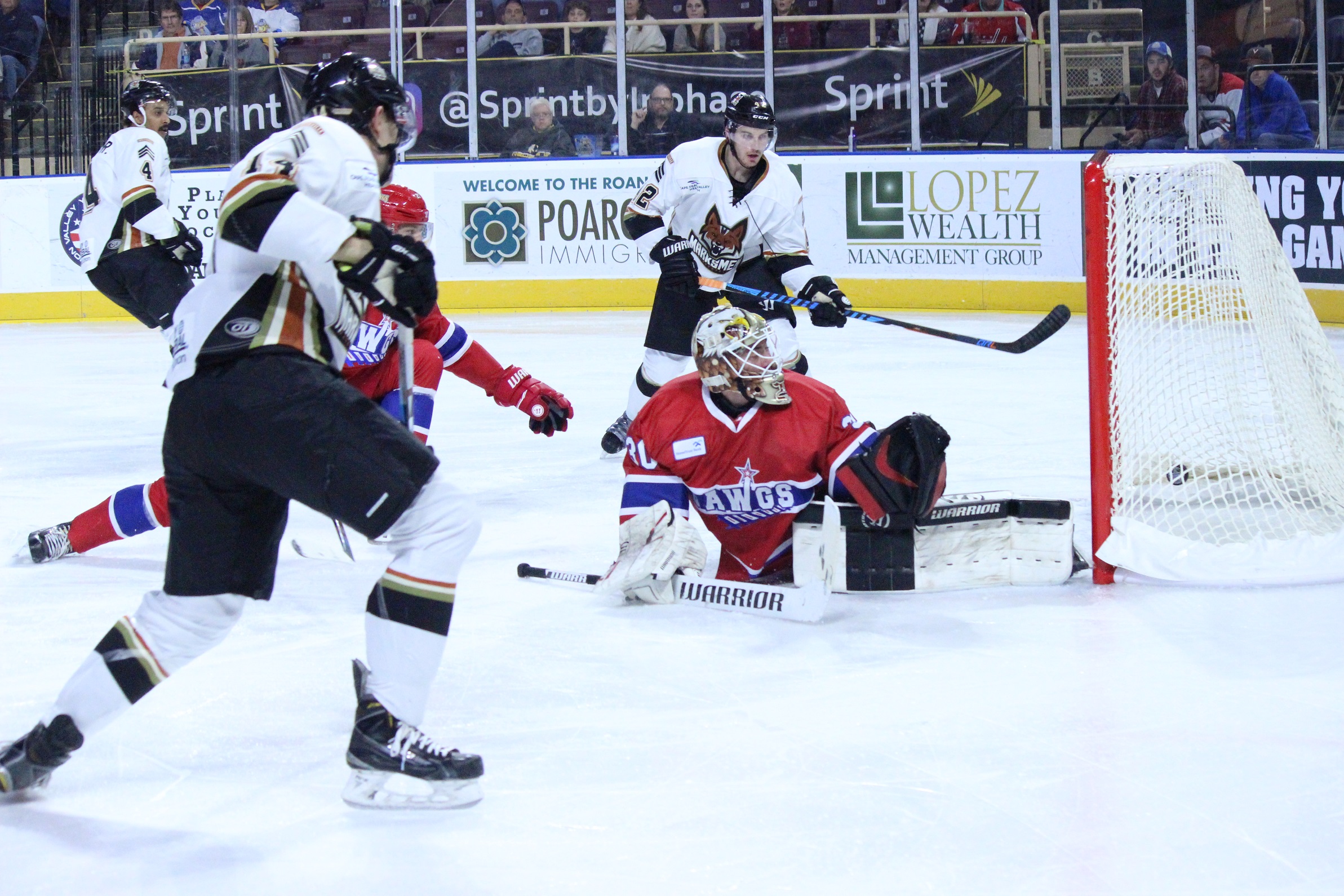 Roanoke, VA– The Fayetteville Marksmen battled the Roanoke Rail Yard Dawgs in a tightly contested affair, but the Rail Yard Dawgs downed the Marksmen in the sixth round of the shootout to take the 3-2 victory Friday night at Berglund Center.

As the game shifted towards the halfway point of the opening frame, the Rail Yard Dawgs took control of the pace, ultimately striking on a power play chance. Steve Mele powered a point shot towards the crease of Peter Di Salvo, where Nick Schneider got the tip of his blade on the puck, to deflect it to the back of the net.

Each team traded chances throughout the first half of the contest, with the Marksmen finding the equalizer at the 13:54 point of the middle stanza. A wrap around chance from Jamie Hill couldn’t find its way through the pads of Matt Zenzola, Jake Hauswirth’s dogged effort hammered the puck over the goal line on the secondary attempt.

The goalies showcased their skills through the early portion of the final frame, but the Rail Yard Dawgs, on an odd-man rush, regained the one-goal lead. Victor Tuitchenko powered a spinning backhanded pass to the tape of John Gustafsson, who held the puck on a string until he had Di Salvo out of position, and lifted a soft wrister to the far post.

Once again, the Marksmen battled back to tie the contest just 1:38 later. Off an offensive zone face off victory, Joe Kalisz rocketed home a one-timer, beating Zenzola low on the glove side.

Regulation time wasn’t enough for the teams to decide a winner, and the additional five minutes of three-on-three, sudden death overtime also proved fruitless, as the game went to the shootout.

In the skills competition, the Rail Yard Dawgs scored three times, including the game-winner, courtesy of Mele in the sixth round of the shootout, giving Roanoke the 3-2 victory.