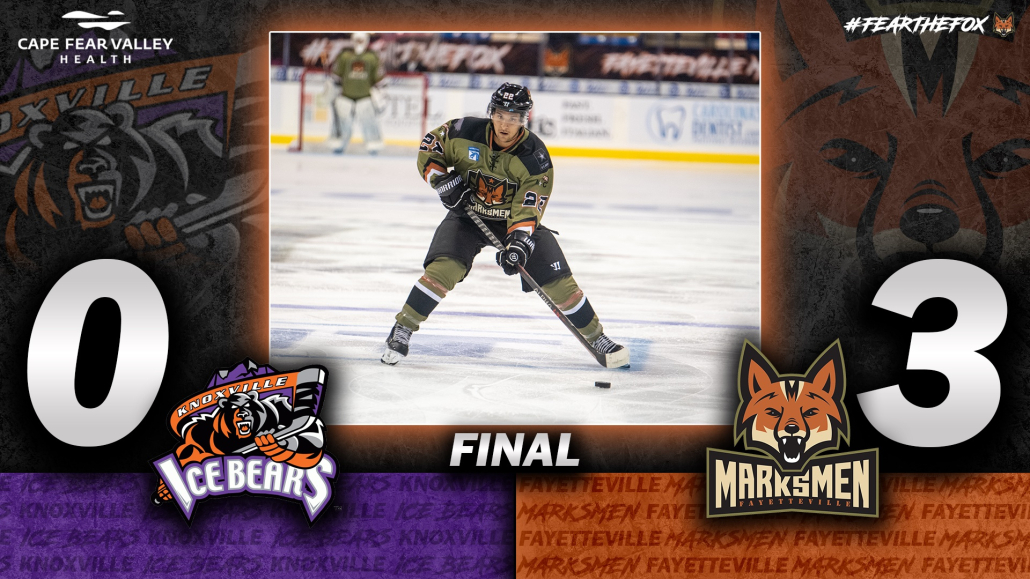 The Marksmen started the game off with a powerplay goal from Vincenzo Renda, his second of the year, and never looked back.

Brian Bowen scored from Austin Alger and Carlos Fornaris 3:47 into the second period and would add another goal on the powerplay two minutes later.

In net, Brent Moran was perfect logging a 27-save shutout, his first of the season and second of his SPHL career.

Going 2-for-3 on the powerplay, the Marksmen scored on both penalties taken by former-Marksmen-defenseman Sacha Roy.

The Marksmen finish the weekend earning three of a possible six points and are now tied with Huntsville and Pensacola for seventh place in the league.

Fayetteville will hit the road for a four-game, three-week stretch and will not return home until Tuesday, December 27 against Roanoke.