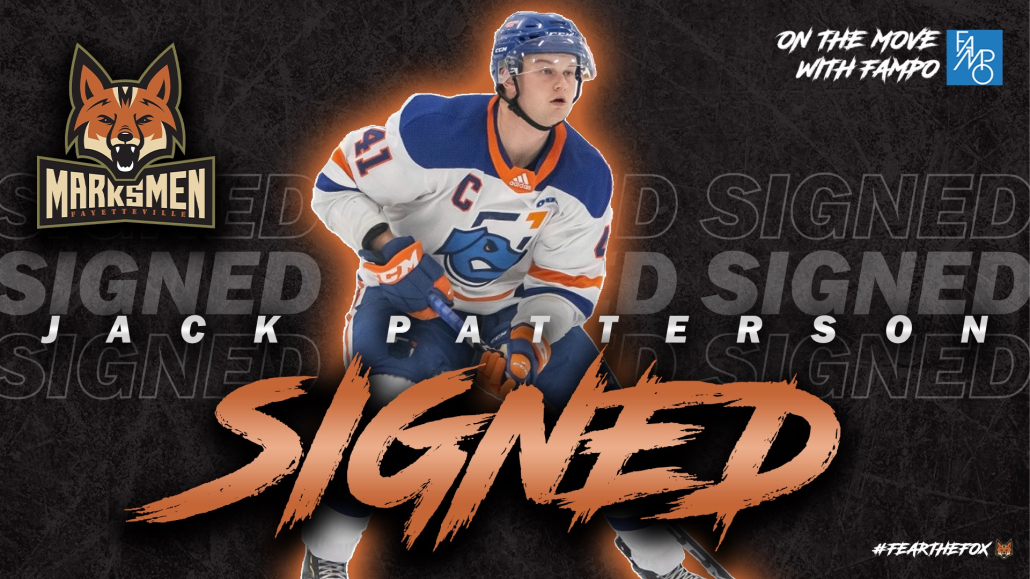 Patterson played the last six seasons with the Ontario Tech Ridgebacks (USports). During their most recent season, he logged 13 points (6g, 7a) in 13 games, as well as served as team captain.

To make room for Patterson, the Marksmen have waived forward Austin Albrecht.

Team captain Taylor McCloy has also returned from the SPHL Family Leave list and is immediately returned to the active roster.