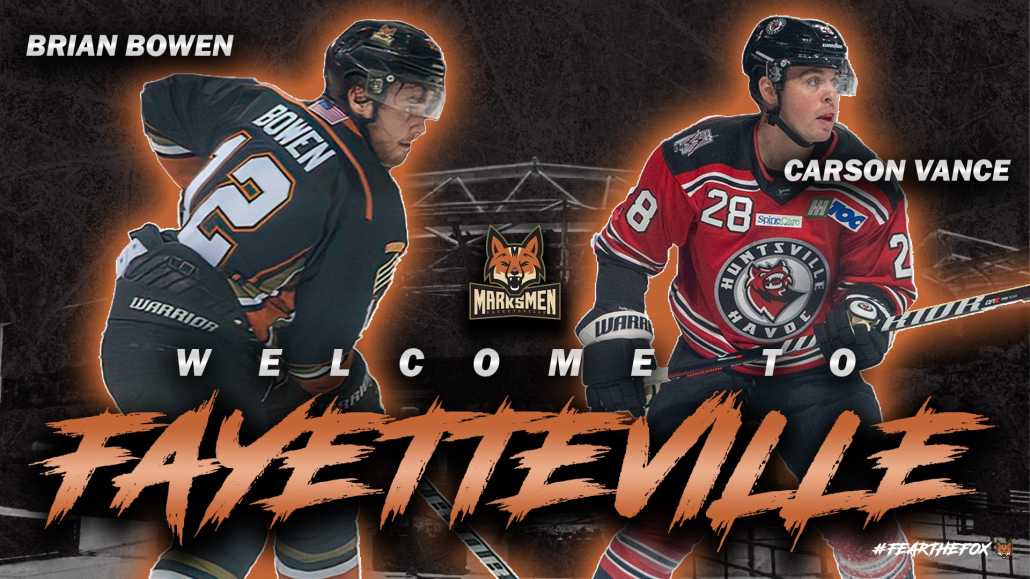 The Marksmen began the day by signing forward Brian Bowen. Bowen spent all of last season in the ECHL with Utah and Orlando, but was the SPHL’s leading scorer during the 2019-20 season with the Marksmen.

Bowen was protected by the Marksmen last season, but after being waived by Orlando earlier this week, Bown re-signed with the Marksmen.

Vance, is a former NCAA D-I prospect who began his career in the FPHL with the Elmira Enforcers. After a stellar rookie season, Vance has logged over 37 ECHL games including a 36-game stint last season with Wichita.

To become league roster compliant, the Marksmen rounded out the day with two more trades.

Fayetteville sent forward Matt Ustaski to Evansville in exchange for future considerations. Ustaski was drafted 192nd overall in the 2014 NHL entry draft out of Wisconsin, but has only logged 72 professional games.

Finally, the Marksmen traded forward Rhett Kingston to Macon for future considerations. Kingston did not dress in the Marksmen win over Roanoke on October 22, and has a -1 rating on the season. Kingston is expected to be in the lineup on Saturday night when the Mayhem face the Marksmen at the Crown Coliseum.