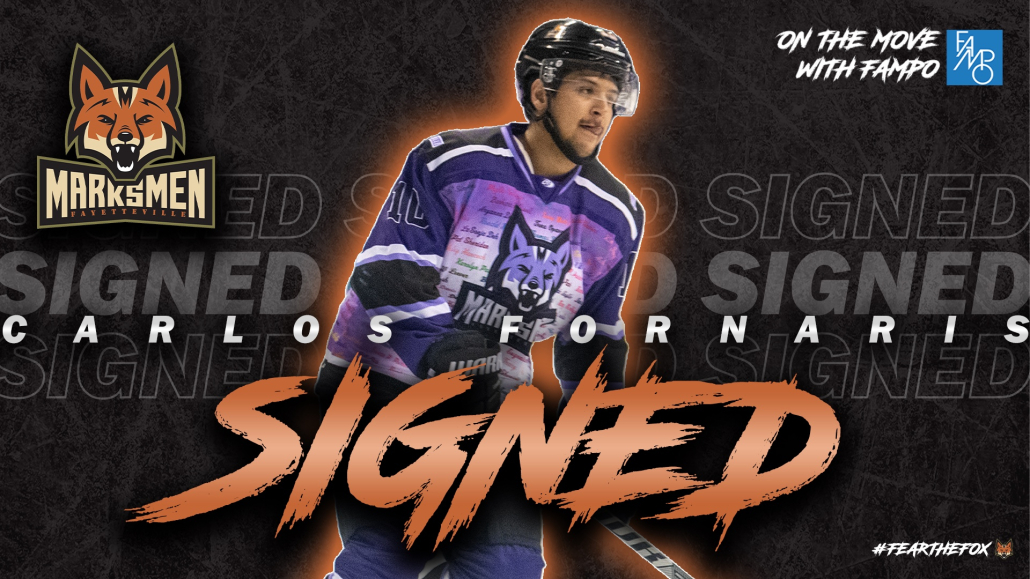 The native of Miami, Fla. has spent most of his career in the ECHL, splitting time between Allen, Worcester and most recently with Atlanta. In 28 games as a Gladiator last year, Fornaris had five points (3g, 2a).

Fornaris played NCAA-DIII hockey at New England College where he was a 20+ point scorer in all four seasons and finished his career with the most assists in N.E.C. history.

The signing comes on the heels of the Marksmen trading center Liam Blackburn to Evansville in exchange for future considerations.

Fayetteville hits the road on Friday afternoon to take on the Knoxville Ice Bears at 7:35 p.m. You can follow along on Marksmen official social media channels, HockeyTV, and by clicking the “Listen Live” tab on marksmenhockey.com.