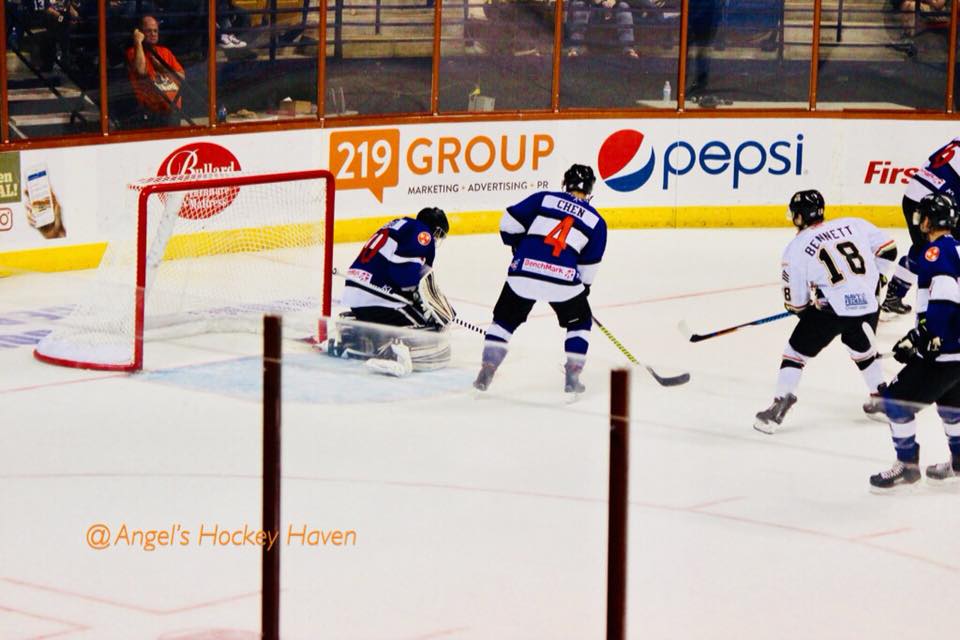 For the sixth straight time, the Marksmen allowed the opposition to open the scoring. Just over two-minutes into the contest, the Ice Bears quickly found themselves on a 2-on-1 break at the Marksmen blueline. Lawrence Cornellier carried in along the right-wing boards and lifted a pass over an outstretched defender to the tape of Gehrett Sargis for the easy one-timer.

In a similar fashion, the Ice Bears took a 2-0 lead, early in the second frame. After a missed one-timer from the Marksmen, Berkley Scott picked up the puck, carried up the left-wing boards, creating a two-on-one. Scott called his own number from the top of the circle and beat Santaguida over the glove.

Hauswirth brought his team back to within one just over four minutes later. John Schiavo found Hauswirth with a cross-ice, saucer feed at the top of the right circle. Hauswirth’s heavy wrister sailed in on net, ricocheting off a defender and past Zoltan Hetenyi.

During the latter stages of the final frame, the Marksmen put Hentenyi to work, but he rose to the challenge, stopping everything that came his way. Danny Cesarz tacked on an empty-net marker to give the Ice Bears a 3-1 victory.

Offensive Outburst Not Enough for the Marksmen Scroll to top