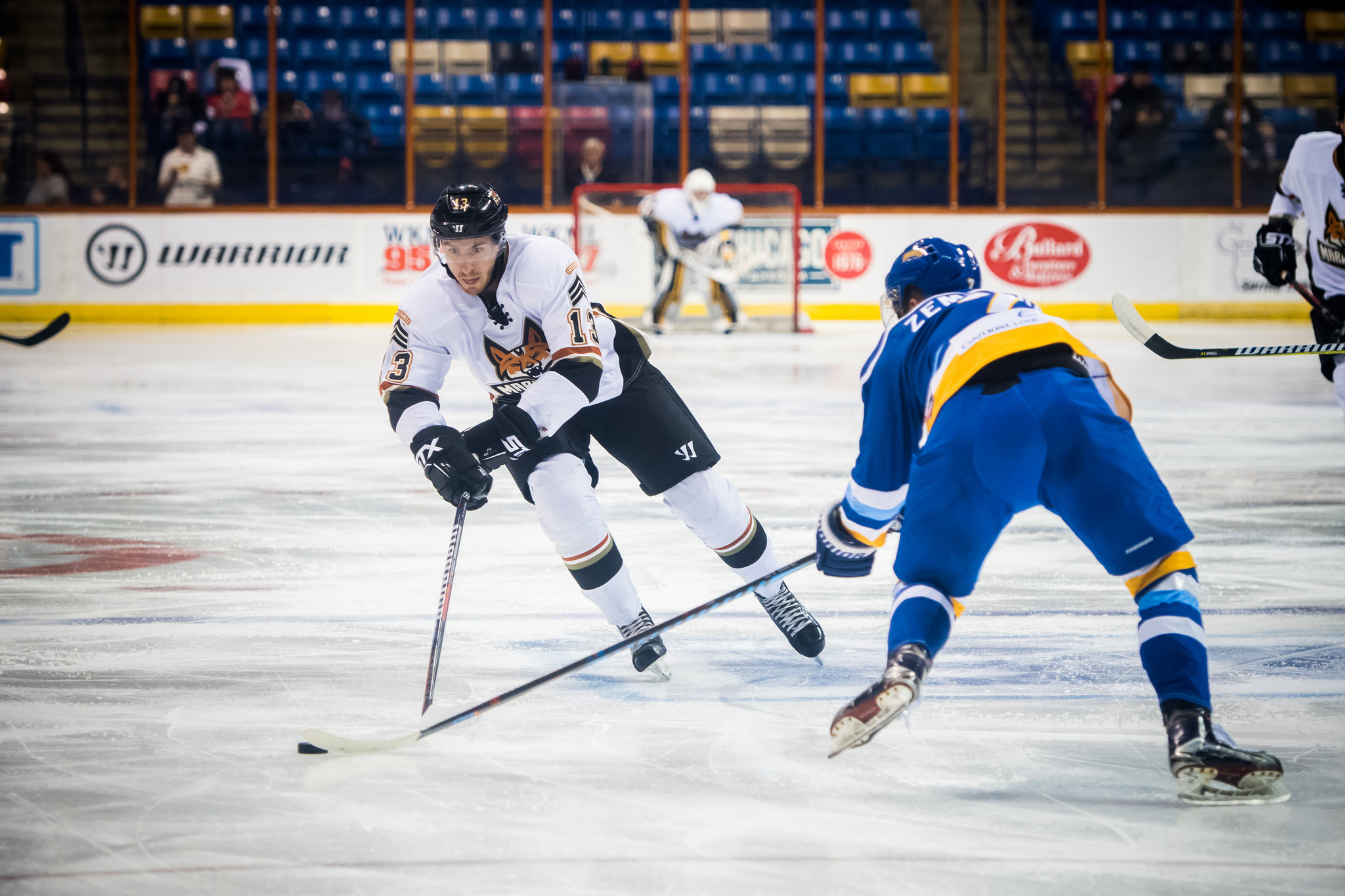 ROANOKE, VA – After a disappointing loss last night, the Marksmen traveled to the Berglund Center to take on their rival the Rail Yard Dawgs. Despite early mistakes in the crease, the Marksmen played a solid game last night and they looked to do the same tonight. Dillon Kelley was named starting Goaltender after an impressive relief effort last night.

With a win last night against the Ice Bears, the Rail Yard Dawgs entered tonight’s game with a ton of momentum. At the start of the game, Ben Bauer interfered with Zach Tatrn and it put the Marksmen on the power play early. Zach Tatrn found a clear lane to shoot and he found the back of the net. With Tatrn’s early goal, he gave the Marksmen a much needed boost. After a few moments of rough play, Jesse Schwartz was sent to the penalty box for a delay of game penalty putting the Marksmen on the power play.

The Marksmen defense had an impressive defensive play for the first nine minutes. Vojtech Zemlicka was the first shot-on-goal for the Dawgs, however Colin Murray tipped the shot and was granted a goal. Tyler Palmer was handed a cross checking penalty, sending him to the sin bin. With Palmer in the box, the Dawgs saw themselves in a prime position. Jeff Jones sent one past Dillon Kelley, scoring his sixth goal of the season and putting the Dawgs up 2-1. Steve Mele had a boarding penalty with an intent to injure and Cody Brown was having none of it. Brown stood up for his teammates and dropped the gloves, trading blows with Mele to end the period.

The Marksmen entered the second period on the power play, giving them a huge advantage. Zach Nieminem made a nice pass to Sean Fedrow, scoring the short handed goal. While on the power play, Travis Jeke made a beautiful pass to Captain Jake Hauswirth and Hauswirth found the twine and scored his third goal of the season. The Marksmen found themselves on back-to-back penalty kills.

The third period began and it was do-or-die for the Marksmen. Brian Bowen had a an absolute beauty of a shot, scoring his sixth goal of the season and his second of the weekend. The Marksmen found themselves tied at 3-3 with help from Bowen. Dillon Kelley found himself making a ton of huge saves for the Marksmen. The Marksmen found themselves in an extended period of play, playing a little over six minutes without a stoppage in play.

This Saturday night rivalry game didn’t disappoint, going to overtime. With 45 seconds left, Travis Jeke was sent to the penalty box on a controversial tripping call. The Marksmen managed to hold on and things were taken to the shootout.

This is Fayetteville’s fourth straight loss, with the season record against the Dawgs now 3-2 in favor of the Marksmen.

Fayetteville drops to 7-10-2, as the Dawgs improve to 9-9. These two teams have three consecutive games against each other coming up, starting off with Ladies/90s Night on Friday, then back in Roanoke on Saturday, before we return to Fayetteville for OPERATION: SELLOUT.

The Marksmen will look to change their recent luck.