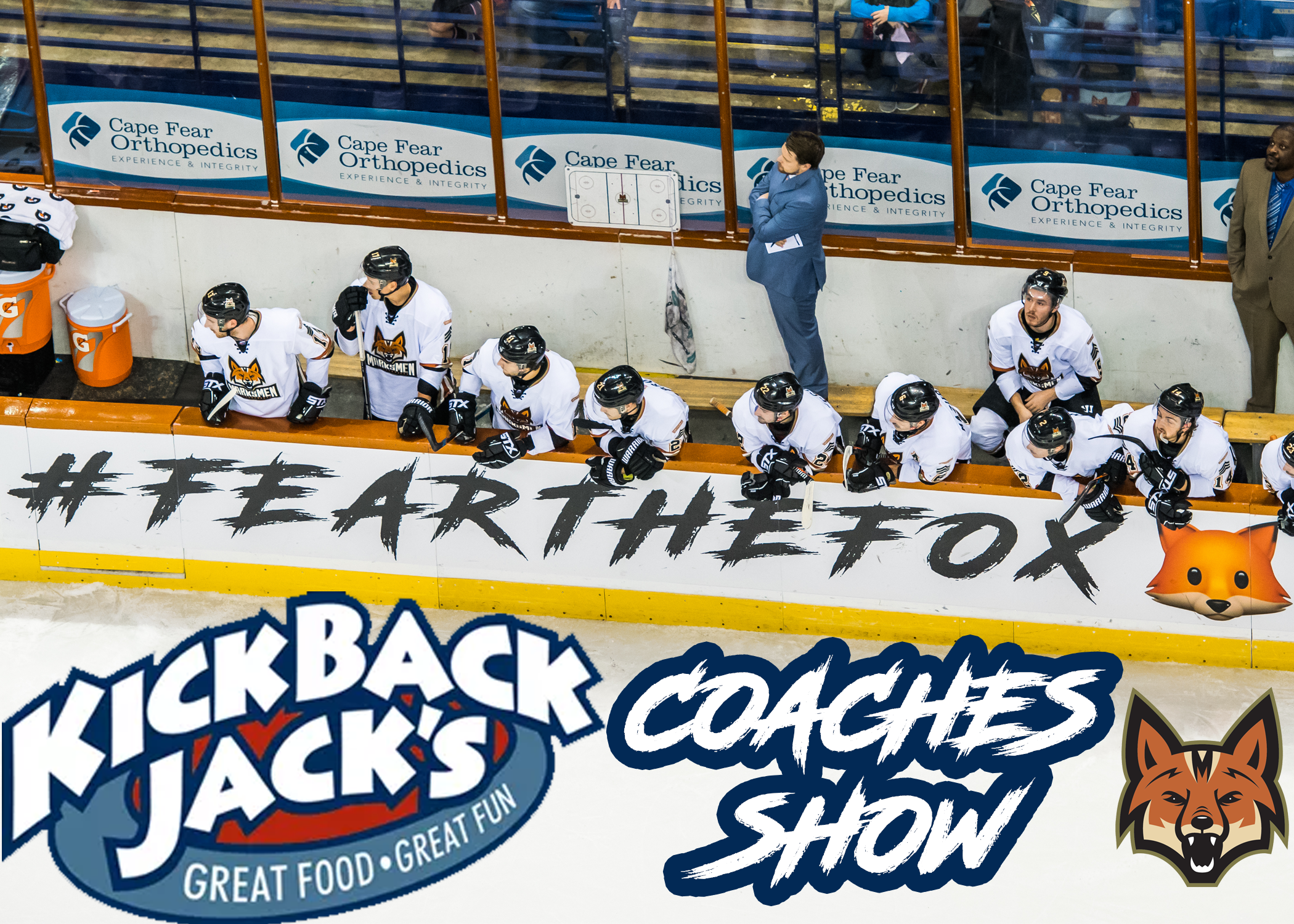 FAYETTEVILLE, N.C. – With an ever-expanding approach to media this season, the Fayetteville Marksmen professional hockey team announces today that they’ve partnered up with North Carolina’s own Kickback Jack’s to be home to the team’s Coaches Show.

Kickback Jack’s will be the official home of the Marksmen Coaches Show for the remainder of the 2018-2019 season, and the entirety of the 2019-2020 season. Kicking off on Wednesday, January 2 at Kickback Jack’s on Morganton Road in Fayetteville, the Coaches Show will be live every Tuesday night to the end of the season. The festivities will start at 7:00 with Coaches and Players participating in a Meet-and-Greet with fans, before the show starts at 7:30, running until 8:30.

The Kickback Jack’s Coaches Show will be broadcast live by the Voice of the Marksmen, Shawn Bednard, on the Marksmen Facebook via Facebook Live, as to be more interactive and accessible to fans, whether they watch it live or catch it once it is posted after the show. The show will feature discussions and questions with Marksmen Head Coach Jesse Kallechy, as well as Assistant Coach Peter Worrell and Marksmen Players. Topics on the show will range from breaking down the previous weekend as well as previewing the upcoming weekend, getting to know players  and coaches more personally, and overall having a lighthearted, entertaining time in a great environment. Leading up the show each week, fans will have the chance to submit their question for the show, and it may even be asked live.

The show is 100% open to fans, who are invited to come out with their families, meet our players and coaches, and be part of a fun, weekly tradition for the next two seasons for the Marksmen.

“Coaches Show’s are truly a laid-back, unique way for fans and our team to be able to interact together. It’s always been my intent to bring our team back into the community by way of a Coaches Show, making this an exciting day for our organization. Being able to support a local franchise simultaneously, while allowing our fans to get to know the team more personally is truly a rewarding thing,” said Bednard “A big thank you goes out to our Director of Corporate Partnerships Scott Kelley for bringing this idea to fruition, and the wonderful people at Kickback Jack’s for being gracious hosts for the next two years. I hope to see plenty of fans every Tuesday night.”

The Marksmen organization would like to extend an enormous thank you to Kickback Jack’s for joining our family, and for partnering up with us to be able to bring such an exciting, fan-friendly experience to hockey fans in-and-around Fayetteville. With award-winning chicken wings, delicious food, and ice cold beer, this is the perfect place for families, friends, and coworkers to truly ‘kickback’, and spend their Tuesday nights.

The Kickback Jack’s Coaches Show starts Wednesday, January 2 and will then happen live every Tuesday Night from 7:00 to 8:30 at Kickback Jack’s, 5081 Morganton Road, Fayetteville NC 28314 and on the Fayetteville Marksmen Facebook page via Facebook Live. This show once again is open to Marksmen fans, their friends and family, and all to come meet Marksmen players, coaches, and broadcaster.

We look forward to seeing you at Kickback Jack’s to kick off the New Year of Hockey in Fayetteville!

Marksmen Comeback Falls Short, Lose 4-3 in SO Scroll to top