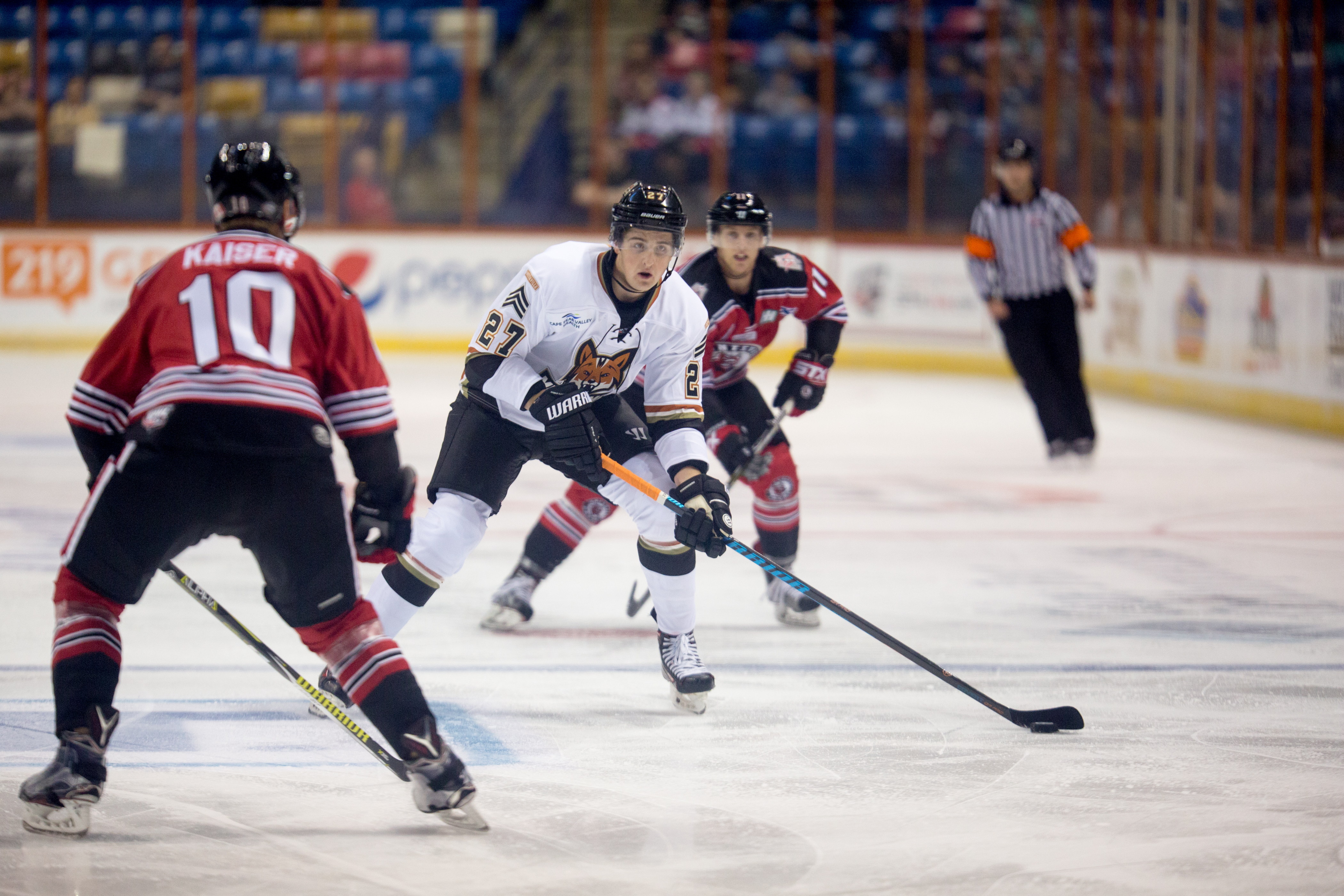 Fayetteville, N.C-  The Fayetteville Marksmen have added a trio of forwards and Travis Jeke has been loaned to the Jacksonville Icemen of the ECHL, the team announced on Wednesday.

Connor Bates comes to the Marksmen for his first professional season of hockey, after spending three seasons with Johnson & Wales University, including as the Captain of the team for the 2016/17 season. The native of Laconia, New Hampshire also skated at the University of New England during the 2013/14 campaign.

Jesse Facchini joins the Marksmen after starting the season with the Watertown Wolves of the FHL. In his second season of pro hockey, the native of Mississauga, Ontario has tallied four goals and five assists in 10 games with the Wolves.

Last season, the 6-foot, 185-pound forward appeared in three games with the Mississippi RiverKings, notching one assists. Facchini also skated in 53 games with the Wolves, with Head Coach Phil Esposito at the helm of that team.

Chris Stemke has been added to the roster on a three-game tryout. The 6-foot-2, 190-pound rookie spent 17 games with TEV Miesbach in the Germany3 League to begin this season, scoring five goals and 10 assists.

Jeke has been called up to the Jacksonville Icemen of the ECHL, for the first time this season. Jeke is the fourth member of the Marksmen to earn a call-up (Sean Robertson, Brad Campagna, and Max Cook). In 18-games this season, the second-year pro has totaled two goals and four assists from his blueline position.

In separate transactions, the team has waived Ray Boudiette and Gavin Yates.