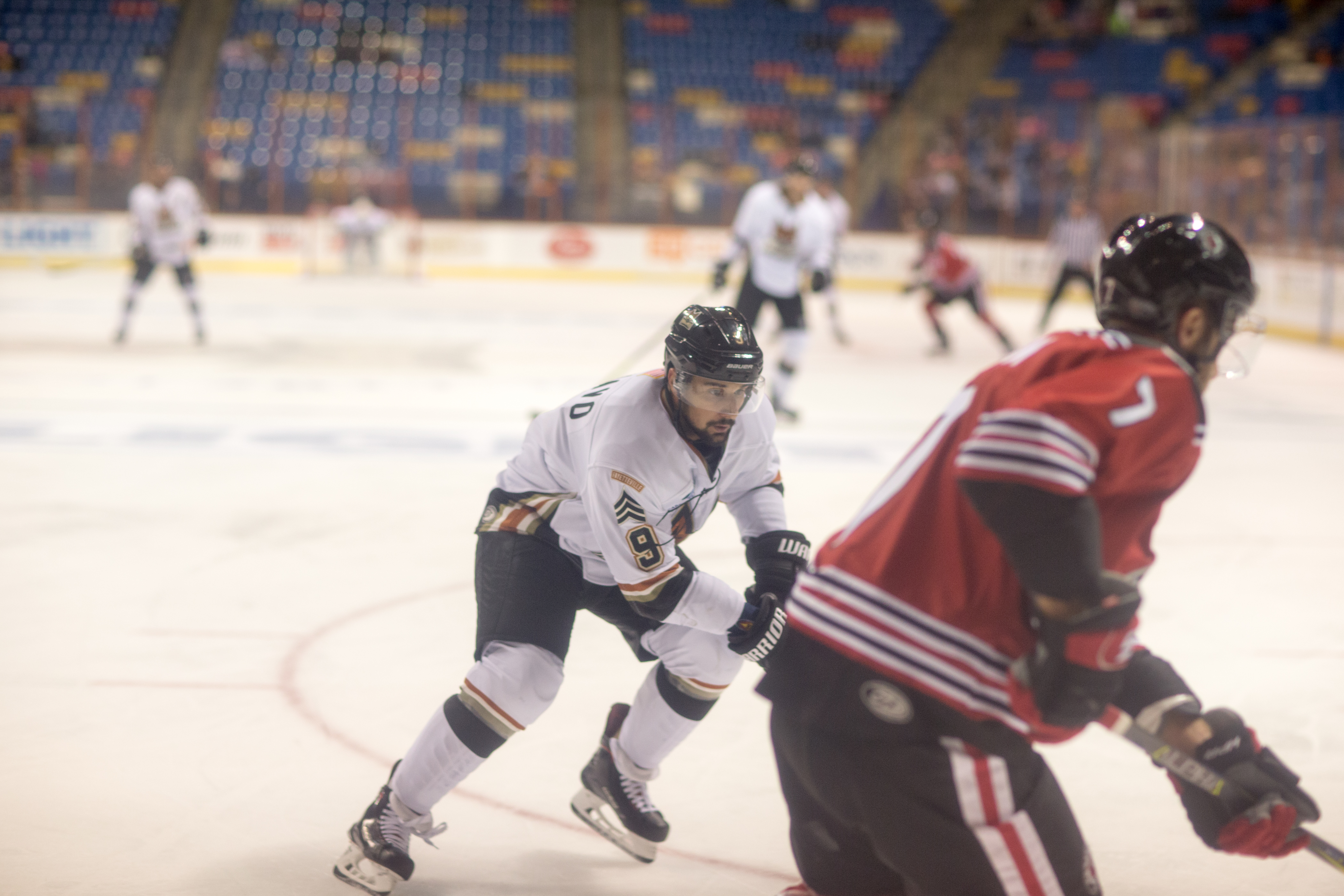 Fayetteville, N.C- The average temperature in Fayetteville for the month of December is 56-degrees, a far-cry from the near freezing temperatures in East Patchogue, New York- located on Long Island and the home of Marksmen forward, John Schiavo.

It was here that he developed his love of hockey, but it wasn’t the ice that caught his attention, or the sharpening of skates, but rather the distinguished sound of rollerblades on concrete.

“Roller hockey has been a passion my whole life,” Schiavo said. “I started in traveling leagues when I was 6 or 7 years old. It’s something I fell in love with early on and I still love it to this day.”

As unfamiliar as hockey can be to some in a place like Fayetteville, roller hockey is even more of an enigma, even for those in traditional hockey markets.

“Of course, there are some similarities, but it’s a different flow for sure. It’s four on four. There are no offsides or icing,” Schiavo added. “It’s really what helped me develop my speed and my vision on the ice.”

The vision and speed has helped Schiavo reach new heights, statistically speaking, on the ice this season. Through 18 games, the 23-year-old has netted 10 goals and nine assists, having failed to register a point in only four games, and owns three-separate, three or more-game point streaks, including a seven-game point streak.

“I think a lot of things have helped me offensively,” Schiavo added when discussing his success this season. “Coming out of the BCHL and going to the Islanders’ camp and signing with the ECHL (Missouri Mavericks), I had a ton of confidence. But when I got into my second year, I took a lot of bumps and bruises. I started making excuses for myself, saying ‘I’m young’ and things like that.”

In his second season of pro hockey, Schiavo spent time bouncing between the Federal Hockey League and the SPHL. He began the 2016/17 season with the Watertown Wolves, with now-Marksmen Head Coach, Phil Esposito, as the bench boss of the Wolves. After an early season trade, Schiavo joined the Danbury Titans, and spent time with the Huntsville Havoc and Mississippi RiverKings.

“This summer, I really put my focus into it. I trained with the New York Islanders again this summer and decided I needed this season to come out here and prove myself in order to fulfill my dreams and climb the ladder.”

Part of that focus came in the form of the IIHF World Inline Championships this past summer, where Schiavo and the rest of the USA Inline Hockey skaters took home the gold medal.

“That was the most incredible hockey I’ve ever been a part of,” Schiavo recalled with a sense of pride. “Whenever I hear the anthem, I still get chills. Having that sweater on and representing your country is such an honor and I’m proud to have donned the United States jersey.”

The correlation between his success on his inline skates and blades is undeniable, but it wasn’t always an easy transition.

“I really started focusing on ice hockey when I was 14 or 15-years-old, but the transition from the rollerblades to the ice skates wasn’t the easiest. I wanted to be as comfortable on the skates as I was on my blades. Learning how to stop is very different, there was just a lot to it, but now I can switch back and forth with no issues.”

He’ll be making that transition in just a few months, as Schiavo explained, there is no real offseason for him.

“I’ll finish the ice hockey season, whenever that may be, and jump on the wheels. From there I’ll train hard and get ready for the roller hockey season. We’ll have three major tournaments and about five or six weeks of major playing time. After that, it’s back to the skates. It’s all a part of the process and reaching my goals.”

Before he can begin to think about roller hockey, Schiavo and his teammates will need to find a way to push the Marksmen up the SPHL standings and secure their spot in the Presidents’ Cup Playoffs. As of this article, the Marksmen sit in eighth place in the SPHL standings, with 14 points, good enough for the final playoff spot.

“We’ll go weekend-by-weekend. We’re getting stronger and starting to collect those points. Our game has been better as of late and as we go along, we just continue to trust the process and the wins will start to come.”