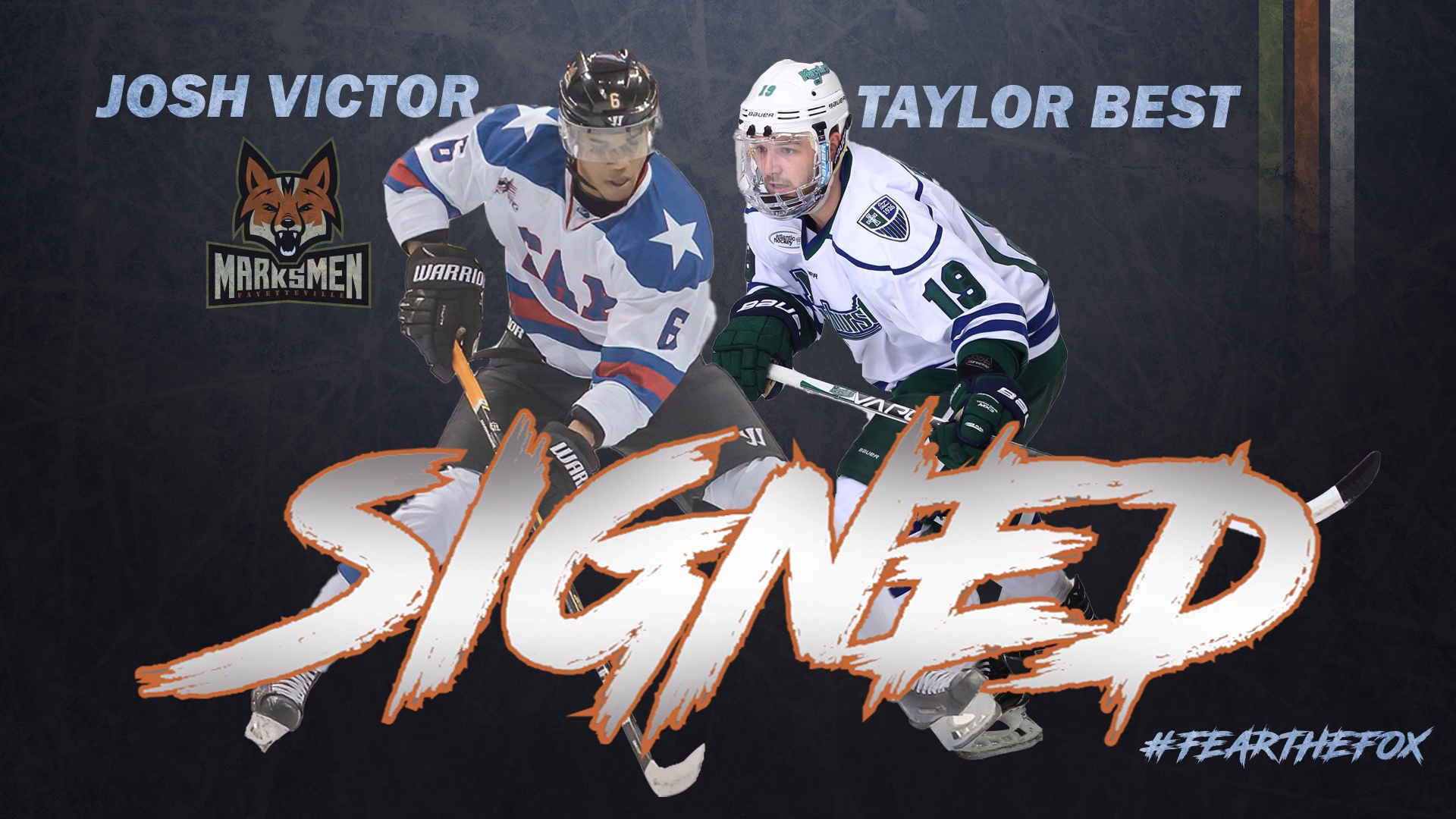 The Marksmen have agreed to terms with forward Taylor Best.

“Taylor has been able to produce offensively everywhere he’s played,” said head coach Cory Melkert, “I believe he’s going to contribute for us right away and I’m excited to get him down to Fayetteville and prove it as a first year pro.”

Best comes to Fayetteville after having played the last four seasons at Mercyhurst University. Best racked up 82 points in 120 NCAA games played with the Lakers.

Prior to his collegiate career, Best played a season alongside Kyle Connor (Winnipeg Jets) with the USHL’s Youngstown Phantoms. The Whitby, Ont.-native scored 34 points in 2014-15 with the Phantoms, placing sixth on the team in the category.

Last season, Victor skated with the Macon Mayhem on their run to the SPHL President’s Cup final before losing to the Pensacola Ice Flyers. A hard-nosed blueliner, Victor patrolled the Macon defensive zone effectively, finishing +8 on the season and averaging less that a penalty-minute-per-game.

Victor was a mid-season acquisition for the Marksmen in 2019-20, having been scooped up from the Quad City Storm. He logged 33 games with the Marksmen before the season was halted.

“He’s a very good defenseman and exemplifies what it means to be a Marksmen,” said Melkert.