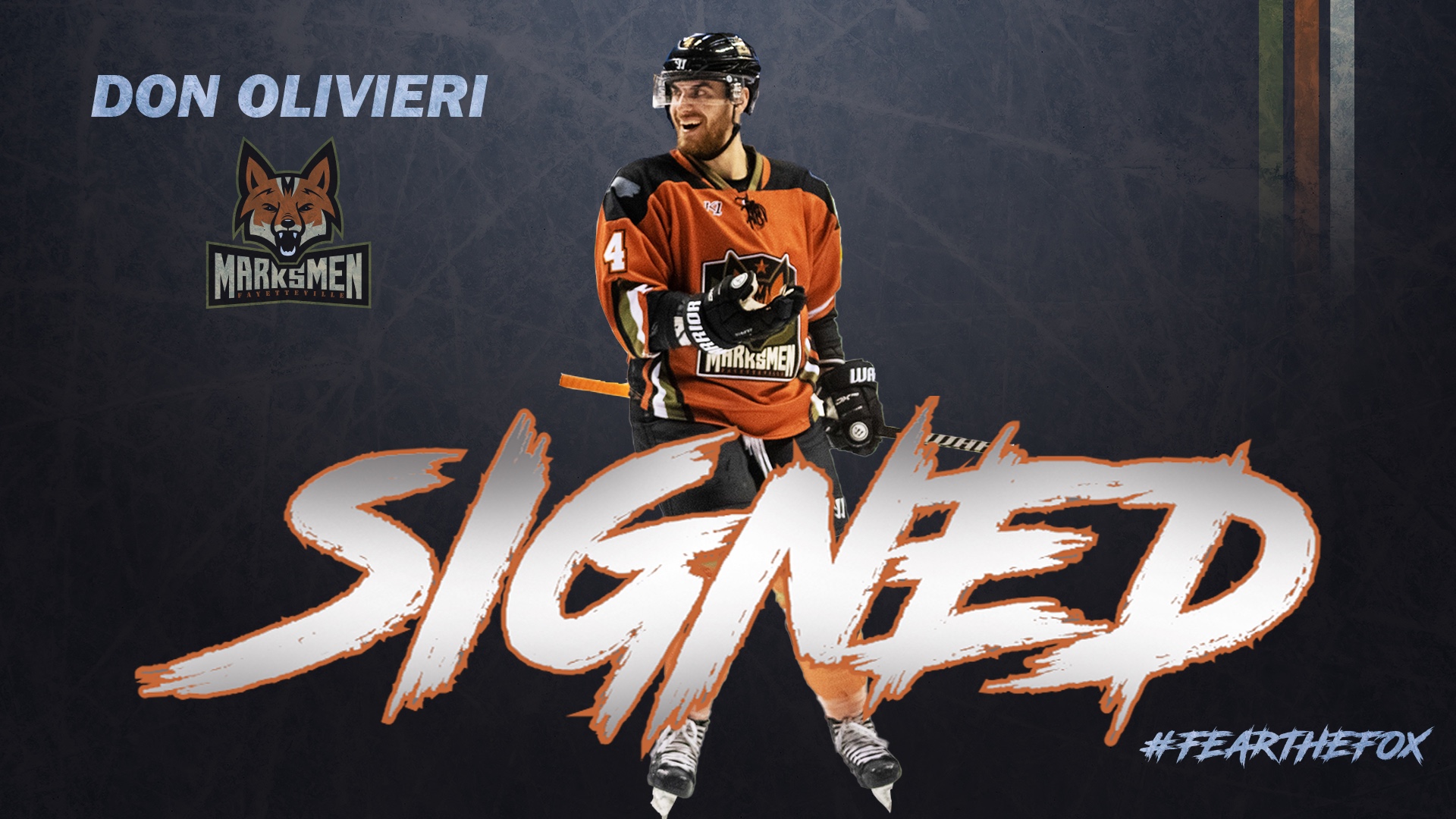 Don Olivieri, a native of Philadelphia, has committed to the Marksmen for the 2021-22 season.

“I’m glad to have Don back,” said head coach Cory Melkert, “he’s been a high-impact player since he’s come into the league and we don’t expect that to change.”

Olivieri was a solid blueliner for Fayetteville during the 2019-20 campaign potting seven goals and adding 14 assists from the backend. “The Don” rested most of the 2020-21 season, but did manage to scrape two assists in two games with the Columbus River Dragons (FPHL).

Prior to joining the Marksmen, the veteran defenseman logged games Mississippi, Peoria, and Quad City although Olivieri split most of his time in the ECHL with Missouri, Norfolk, Rapid City and Atlanta. During the 2018-19 season, Olivieri compiled a single-season career high 26 points in 50 ECHL games (NOR/ATL).

“He’s a guy we’re going to count on for leadership with some of the younger guys,” said Melkert.

Recruited heavily after 65 games with the NAHL’s Bismarck Bobcats, Olivieri initially enrolled at Utica College where he played two seasons for the Pioneers before transferring to finish his collegiate career in at Nazareth College.