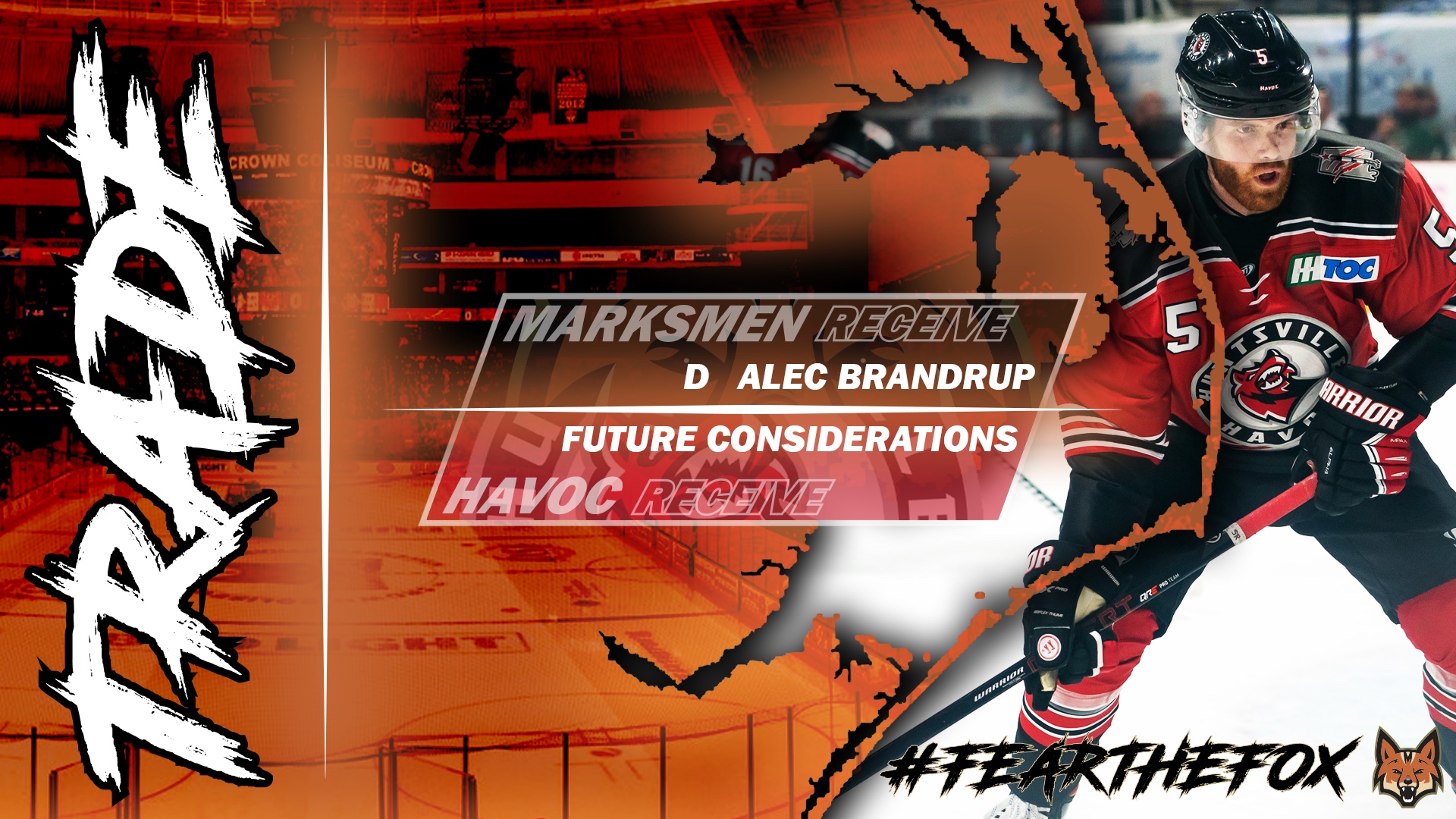 The Marksmen have received defenseman Alec Brandrup from the Huntsville Havoc in exchange for future considerations.

“We’re excited to get a good player who has logged a lot of games in this league,” said head coach Cory Melkert, “He’s a guy that knows what it takes to play at this level and that will be an asset in our room.”

Brandrup, a native of Rochester, Minn., broke into the SPHL at the tail end of the 2017-18 season with the Peoria Rivermen. His caliber of play caught the eye of the Huntsville Havoc who signed him for the next year.

With the Havoc, Brandrup has logged 120 games and logged a career high 30 points during his first season in Huntsville.

Prior to his professional career, Brandrup skated for Norwich University (NCAA D-III), and notched 20 points during his junior season.

“Good caliber defenseman are hard to come by,” said Melkert, “when you can get one, it’s a good day.”

Marksmen get their goalie, sign Pawloski Scroll to top