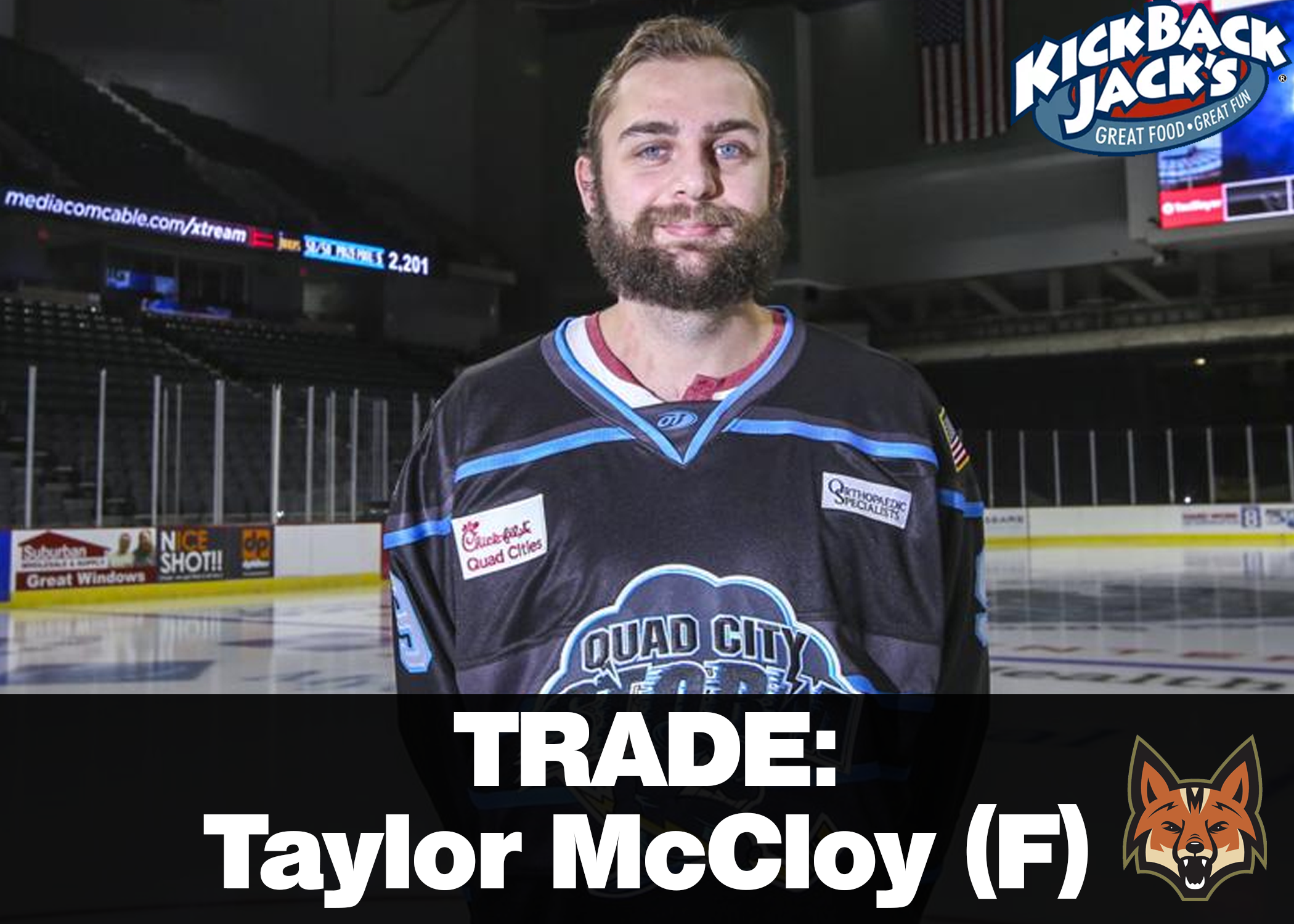 FAYETTEVILLE, N.C. – This morning, the Fayetteville Marksmen organization officially welcomes aboard right-wing Forward Taylor McCloy to the All-American City after acquiring him in a trade with the Quad City Storm.

The details of the trade are the acquisition of the Storm’s McCloy and Future Considerations, for Marksmen forward Shane Bennett.

McCloy, a graduate of Adrian College (NCAA D3) and former teammate of goaltender Dillon Kelley, is in his first professional hockey season, where he has thus far accumulated 7 points (3G+4A) in 18 games played in Quad City.

At Adrian College, the two-year alternate captain found himself as a consistent point-getter, coming up with over 110 points (51G+59A) in 99 games. Much like Kelley, McCloy found himself called up for a couple games with the Norfolk Admirals following his completion of his collegiate season in 2018. He recorded no points in his time up.

Prior to his time as a Bulldog at Adrian, McCloy spent his junior career in the Ontario Junior Hockey League, playing three seasons with the Aurora Tigers. During his time in Aurora, McCloy totaled 141 points (68G+73A) in 153 games. The Tigers also made the playoffs all three seasons of McCloy’s tenure, with 20 points (4G+16A) in 36 games played. He was named alternate captain in his final season with the team.

We wish nothing but the best for Shane in Quad City, and thank him for his presence and the memories in his parts of two seasons in the All-American City – especially last night’s overtime winner against Knoxville.

Welcome to Fayetteville, Taylor! Our organization is excited to welcome you aboard, and have you here in the Orange and Black, heading to Pensacola next weekend.