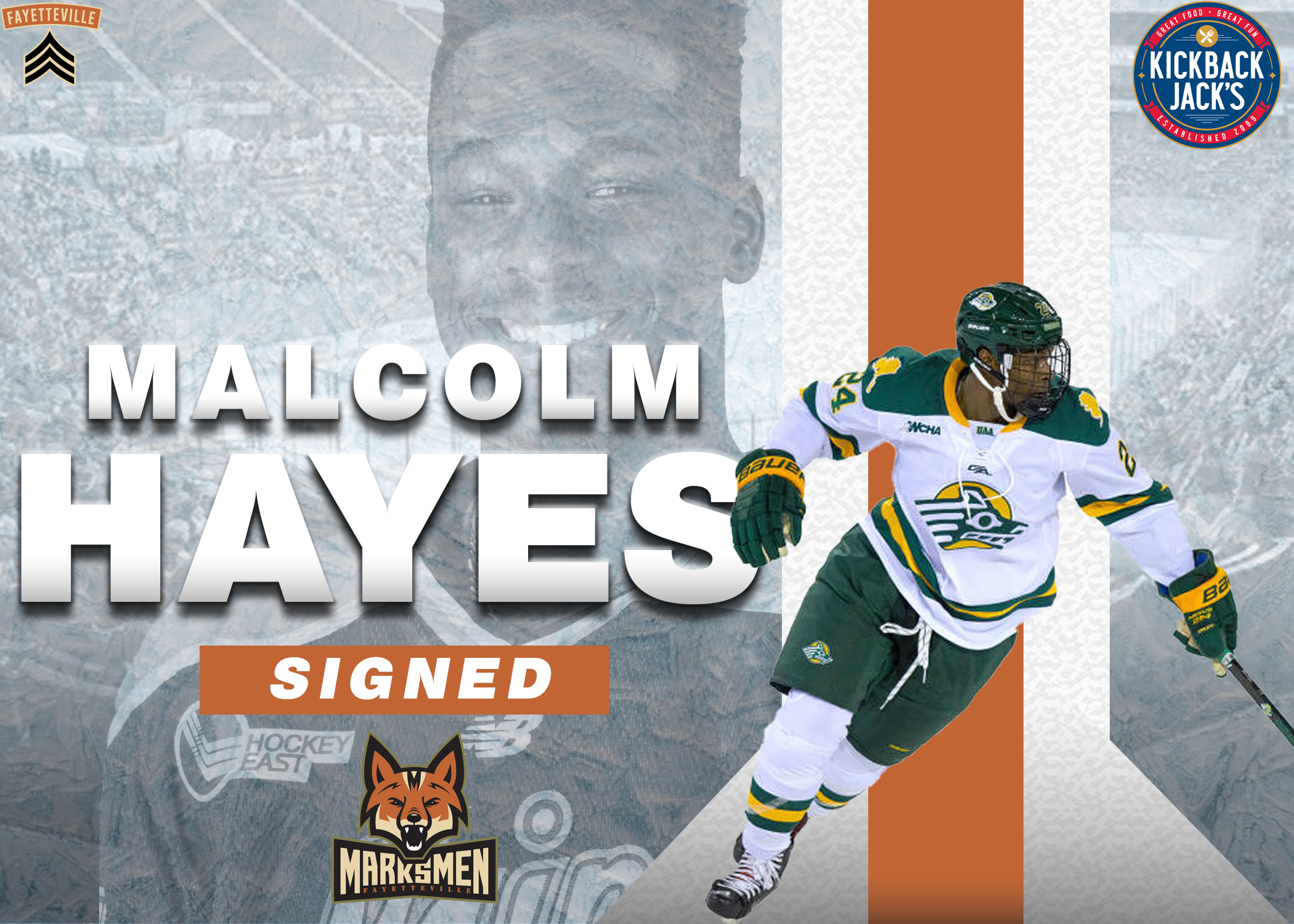 FAYETTEVILLE, N.C. – After the return of Defenseman of the Year Travis Jeke as the first signing for the Fayetteville Marksmen professional hockey team in 2019, the Marksmen turn their attention to a future candidate-hopeful for the award in Malcolm Hayes.

Malcolm Xavier Hayes, a 24-year-old Atlanta native, took the path-less-traveled enroute to starting his professional hockey career. Rather than go the route of Juniors, Hayes played Prep Hockey at New Hampton (three years) and Cushing Academy in his senior season.

The 6’2, 220lb Forward-turned-Defenseman would then find himself a Black Bear, joining the ranks of elite NCAA D1 program University of Maine. He would play 54 games in his three year career, not playing his senior season and graduating with a degree in Business.

Following graduation, Hayes would spend his last year of eligibility halfway around the world, transferring to the University of Alaska-Anchorage. This would prove to be the right move for the College Hockey Veteran, as he would play in 34 games for the Seawolves.

Hayes will be a welcome addition to the Marksmen Defensive Corps, with his college highlight reel full of crushing hits and a true blue line presence, as can be seen below.

Welcome to the Marksmen, Malcolm!

Reigning Defenseman of the Year Travis Jeke Signs with Marksmen