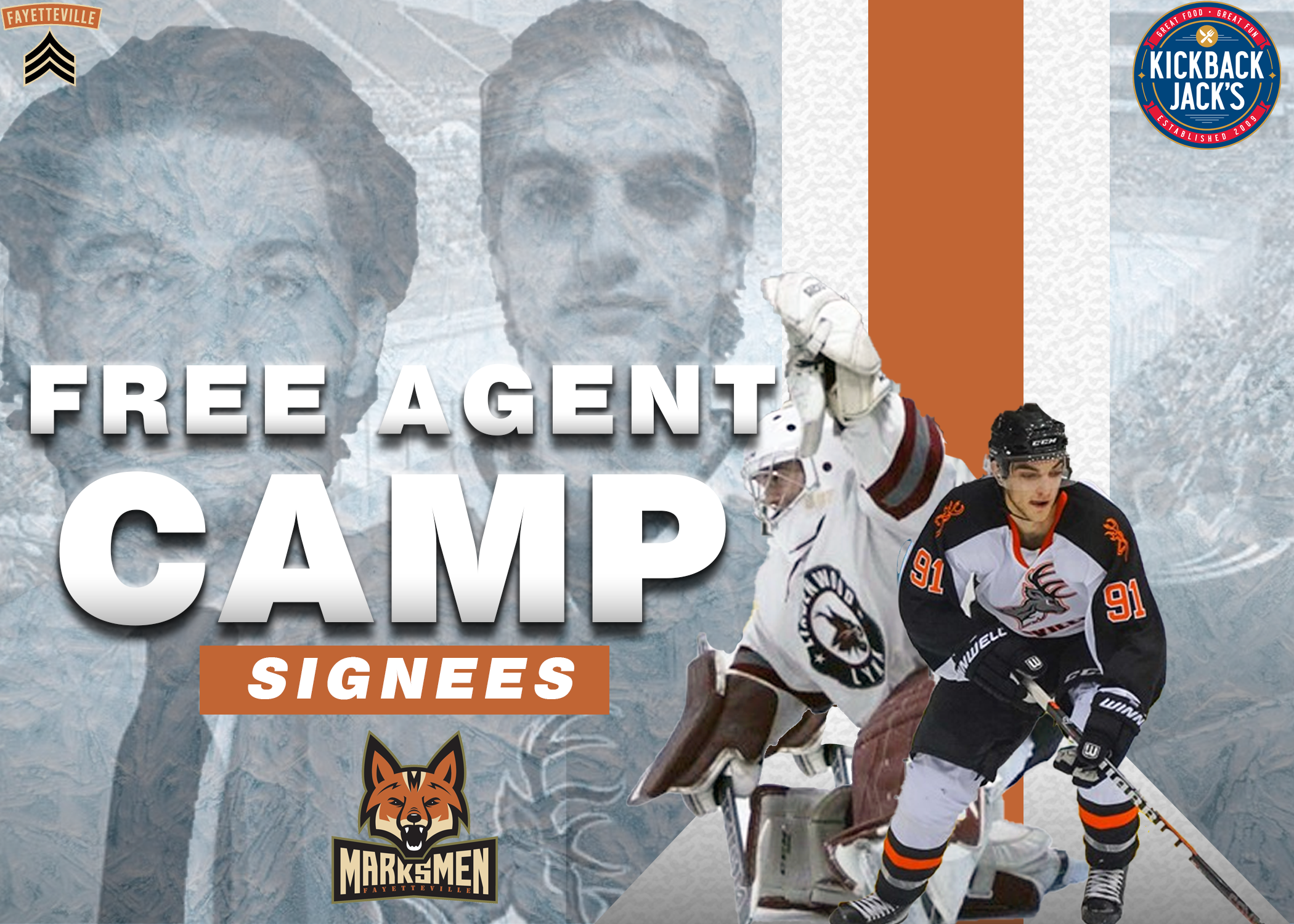 FAYETTEVILLE, N.C. – Over the weekend in Huntsville, 40+ professional hockey-hopefuls skated in drills and scrimmages hoping for their shot at Training Camp. When the final whistle blew, the three teams had their selections for who would make it to main camp.

Martin, 23, has spent the last three seasons in the Federal Hockey League. The 6’1, 185 lb left-winger registered 83 points (34G+49A) in his time with the Cornwall Nationals, and more recently with the Danville Dashers. His speed and shiftiness on the ice are what separate this forward from the pack.

White, 25, is a graduate of Lindenwood University – Belleville, and spent four years with their ACHA Divison II & NAIA hockey teams. The 5’10, 175 lb left-handed goaltender appeared in 30 games for the Lynx, registering a career .920 SV% in his time. Previous to his collegiate playing days, White spent two seasons with the Tri-City Icehawks (USPHL), serving as their Alternate Captain in his final season.

We thank all the players who registered for the Free Agent Camp, and look forward to bringing Martin and White to the Fayetteville Marksmen Training Camp in October.