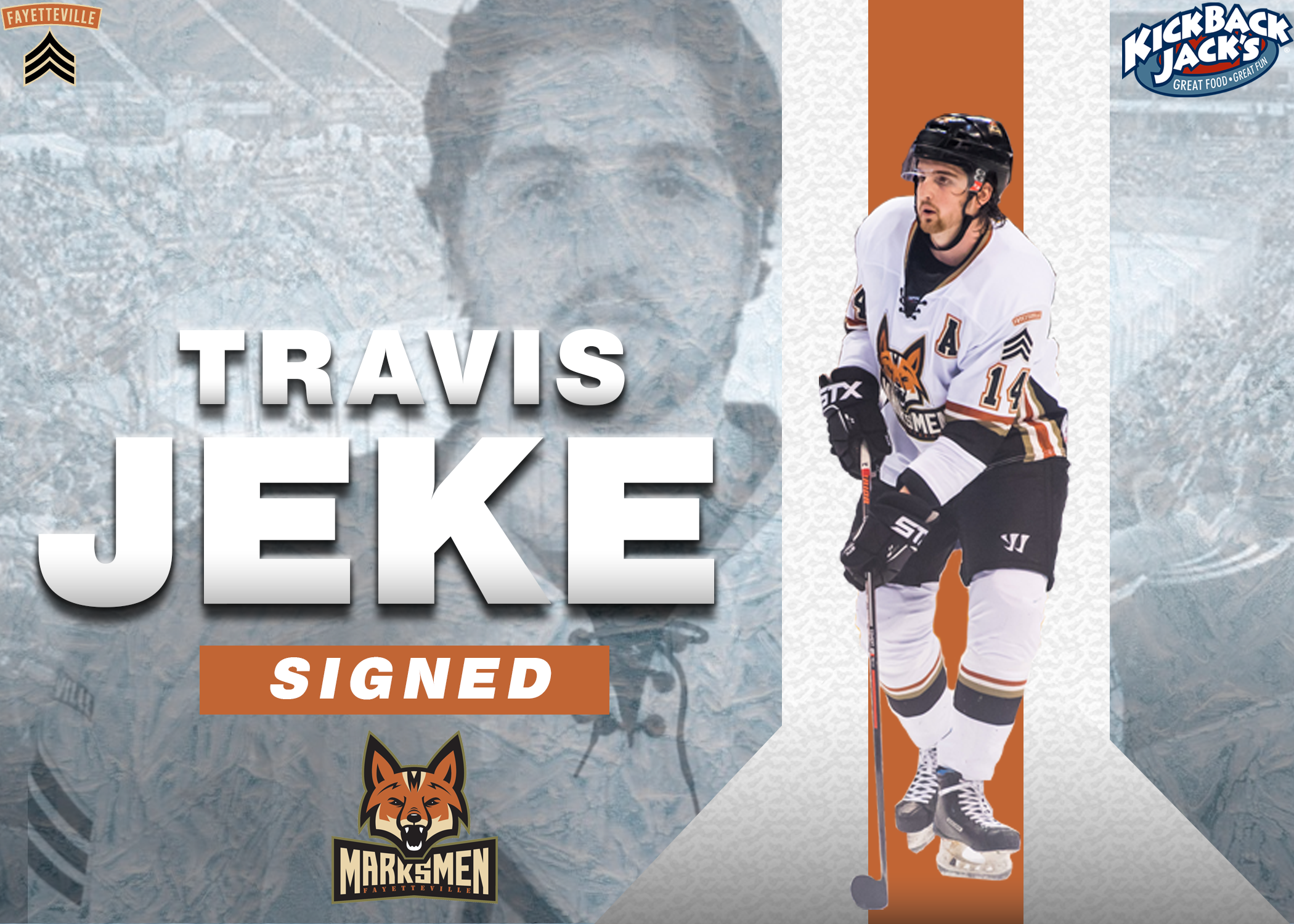 Now as all eyes are focused on the start of the 2019-2020 SPHL season, the Fayetteville Marksmen professional hockey team are excited to welcome back Jeke as our first-signing of the new year.

Jeke, 26, was an ironman for the Marksmen in 2018-2019, playing in all 59 games (56 regular season, three playoff) for the team. In his 59 game campaign, Jeke amassed 38 Points (6G+32A) to lead all SPHL defenseman in scoring by at least four points. He was also the fourth highest-scoring amongst Marksmen players.

The decision to return to the Marksmen was an easy one for the fourth-year pro hockey player.

Last season also saw Travis Jeke awarded a Letter for the first time in his playing career; given the Alternate Captain “A” halfway through the year.

It wasn’t this memorable moment that propelled Jeke to have such a successful season, though. It was the faith from Head Coach Jesse Kallechy to let him perform.

“My breakout year started with the Coaching Staff allowing me to play my game, and trusting me in high pressure situations,” said Jeke “The notion of me playing the whole year in Fayetteville took away a lot of stress I had in previous seasons, and allowed me to relax and focus on each and every game with the Marksmen to the best of my ability.”

Coach Kallechy expressed his excitement in bringing back an everyday kind of worker to the Marksmen.

“Travis is a guy that came to the rink everyday ready to listen, learn, and work. He was given the opportunities to perform last year; he took the tools and succeeded with them,” said Kallechy “We are very excited to have Travis back for this season, and have him play a bigger role in leading our defense.”

For Jeke, his mindset hasn’t changed, with the same goal in the mind for the team.

“My expectations for this season is a President’s Cup,” said Jeke “We are capable of that, and I am looking forward to doing everything I can control to bring that Cup to Fayetteville.”

With the 2019 SPHL Season Opener set for October 18 in Macon, the Marksmen Training Camp roster will come together in the weeks leading up to the start of camp. With a strong start to the year in the signing of Defenseman of the Year Travis Jeke, the Marksmen look to build off the momentum of last season’s playoff team immediately.