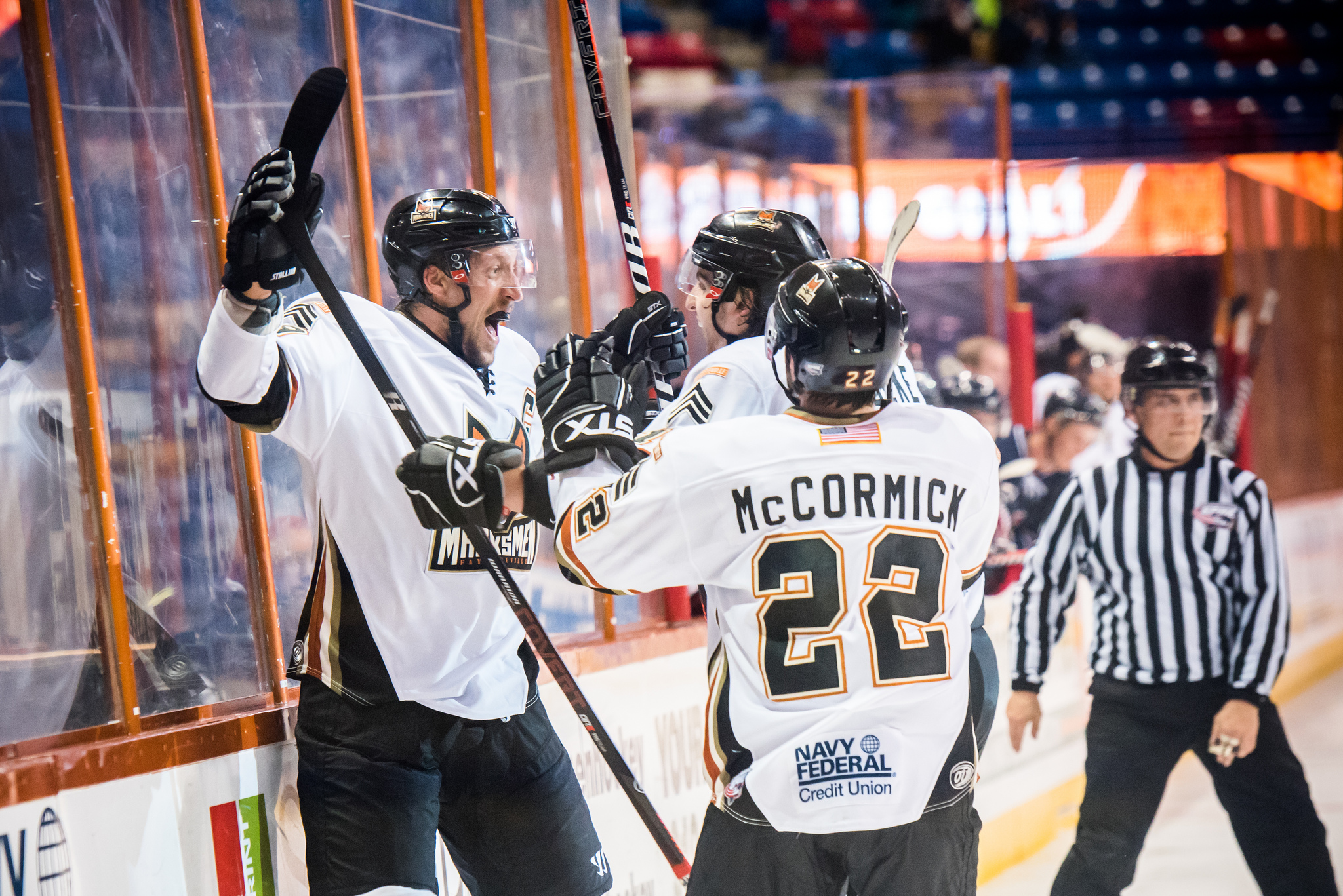 With a four game win streak entering tonight’s battle, the Marksmen have been playing their best hockey in team history. In a much different, but yet still dramatic fashion, the Marksmen rallied late to win 1-0. This weekend saw the Marksmen sweep the Ice Flyers and return home with four points and a five game win streak.

The first period was a back-and-forth affair, with the Marksmen showing a lot of determination early. The first period went scoreless and spent the full twenty minutes on 5-on-5 hockey. A clean, hard-fought affair with no points to show for it. 0-0 after 20.

Much like the first period, things were back-and-forth between both teams in period two. Russell Jordan and Tim Kielich were both given slashing penalties, with Jordan’s penalty coming with an unsportsmanlike conduct penalty. The game was remained scoreless after the second period, with the Ice Flyers leading in shots-on-goal with 11 in the period.

With no score going into the third period, tension started rising on both sides. Marksmen Michael Casale and Flyer Jesse Kessler dropped the gloves and threw punches. Following the fight, the Marksmen had two unfortunate penalties with Brian Bowen and Kyle Thacker both serving time in the penalty box. Dillon Kelley, one of the night’s undoubted heroes, stood on his head during the man-down time. In a solid, competitive Goaltender battle, it was clear things were going to come down to one goal deciding this contest.

Marksmen Captain Jake Hauswirth was the one who stepped up and delivered with 3:52 to go in the contest, scoring his seventh goal in eight games off of a Travis Jeke rip from the blue line.

Hauswirth’s goal sealed the deal for the Marksmen, giving them a 1-0 victory and sweeping the Ice Flyers on road ice.

Marksmen goaltender Dillon Kelley played an impressive sixty minutes in the crease, stopping all 33 shots-on-goal and earning his second career shutout – his second in a week.

Fayetteville now finds themselves at a record of 12-11-3 with their fifth-straight win, and 5-0 since Christmas. Just two points separate seventh place Fayetteville, and fourth place Knoxville.

An interesting note to consider – the Marksmen won 12 of 56 games last year. 26 games in this year, they’ve matched the win-total of last year at 12. With over half-the-season to go, this is truly a new era of Marksmen hockey.

Join our friends at On-After Sports Bar & Grub for the official “Home Away From Home” watch party of the Marksmen. You can also catch the game on SPHL Live or on the Marksmen Radio Network as the “Voice of the Marksmen” Shawn Bednard calls the action.