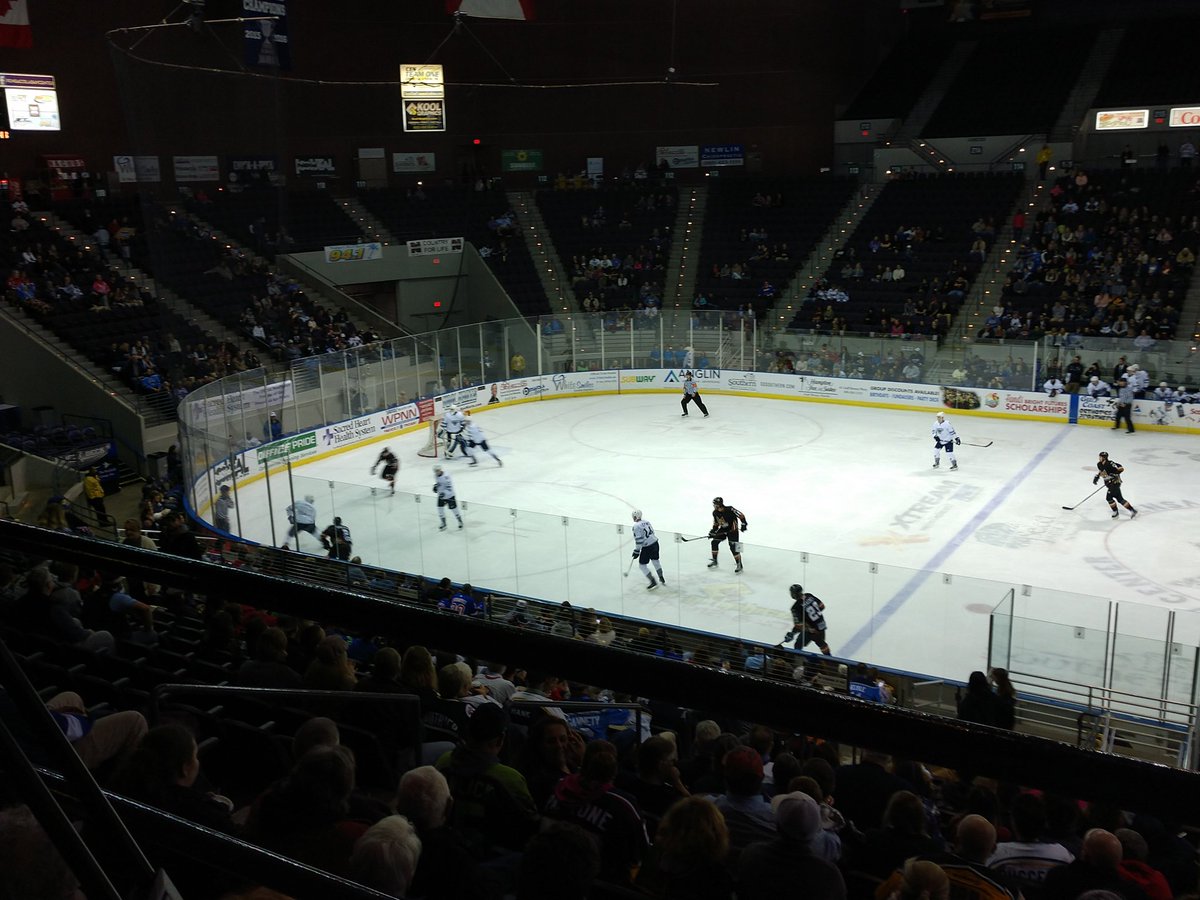 PENSACOLA, FL – With a three-game winning streak in hand, and a fresh rest into the New Year, Fayetteville looked to down the demons of past – losing to Pensacola.

Tonight was not the past, as the Marksmen rewrote history and mounted the most unlikely comeback. Down three goals almost immediately in the second period, the Marksmen did the unthinkable. Scoring four-unanswered goals, the Marksmen rallied late and left the Ice Flyers stuck on the runway.

With tonight’s come-from-behind-win, the Marksmen are now on the longest win streak in team history at four games.

The first period began rather one-sided, with the Marksmen taking the first 4-of-6 shots-on-goal. Things started to decline for the Marksmen just before the ten minute mark. Both Tyler Palmer and Mike Casale spent time in the penalty box, putting the Marksmen penalty kill to use early. Ice Flyer Jesse Kessler capitalized on the Casale penalty, scoring a power play goal for the Ice Flyers. The Marksmen held on for the remainder of the first, owning the last 4-of-5 shots-on-goal. 1-0 Pensacola after one.

Heading into the second, Pensacola’s Russell Jordan and Nathan Bruyere wasted no time giving Marksmen rookie netminder Nathan Perry nightmares, jumping to a 3-0 lead early. Max Cook wanted to write his own story on this leg of the journey to Pensacola, scoring a power play goal to bring the Marksmen within two. As the second period concluded, the Marksmen kept it close with 12 shots-on-goal to the Ice Flyers 13. Though, it was still a two-goal Marksmen deficit.

As the third period started, the Marksmen played their best sequence of offensive zone attacks all season. The “Swedish Rocket” Alfred Johansson ripped one from the blue line and in, scoring just :14 into the third period to bring the Marksmen within one.  Jake Hauswirth once again found a way to score, a rebound in front, completing the comeback with all the time – and momentum – needed for the Marksmen.

With the game tied at 3-3, someone needed to come away with a big goal to put this one away. Darren McCormick was that someone, scoring for the fourth unanswered goal for the Marksmen just minutes after Haus. McCormick’s goal finally gave the Marksmen the lead after trailing the entire game. That sequence of goals saw the Marksmen score three goals in the span of eight minutes.

Fayetteville played keep away best they could, and kept a strong-finish mentality going, enroute to holding on; victorious against the Ice Flyers for the first time in team history.

Despite struggling early, Nathan Perry made his SPHL debut a memorable won, picking up his first career professional victory. Perry recovered from early errors and managed to put up a 29 save night.

The four-game streaking Marksmen will be back in action tomorrow against Pensacola at 8:05 P.M. EST.

Make sure you head out to On-After Sports Bar & Grub to see ALL the action as it unfolds at our “Home Away From Home” Watch Party, as the Marksmen look to comeback with a handful of wins straight.