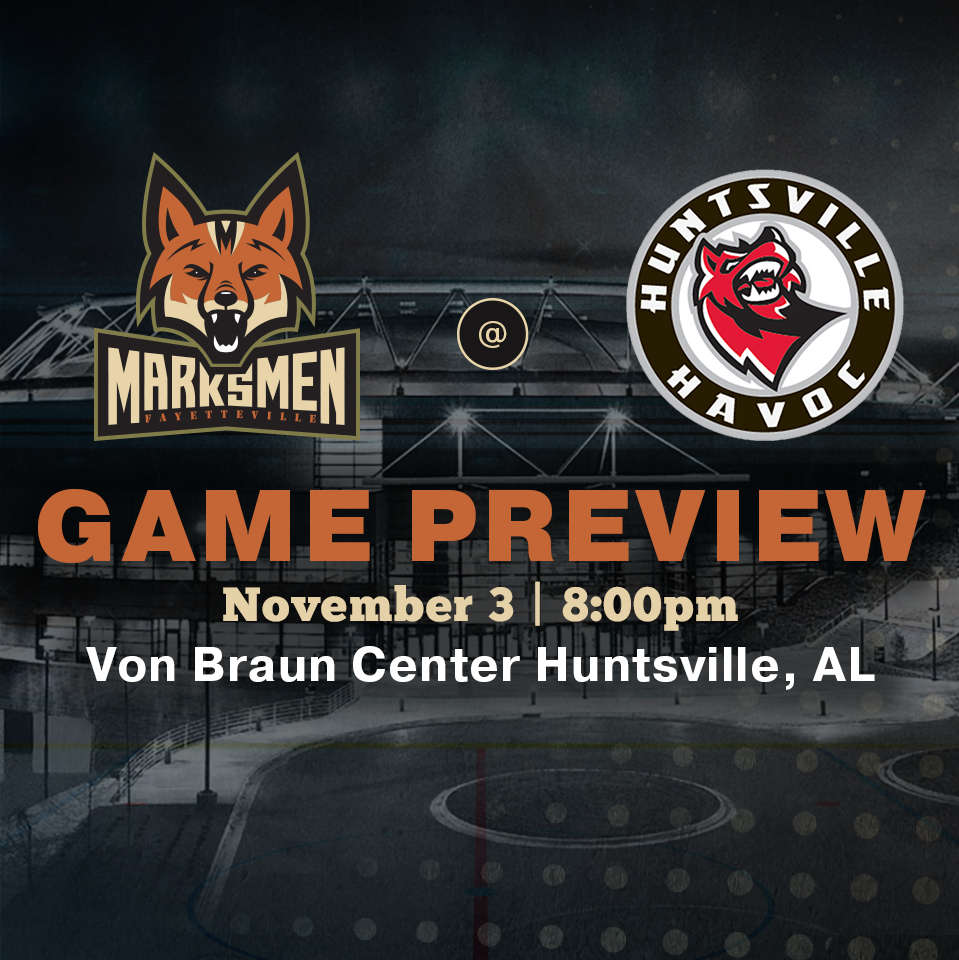 About Tonight: Tonight’s contest is the conclusion of three straight contests between the two teams. Last weekend, each team earned a victory in back-to-back games at the Crown on Friday and Saturday evenings. The Havoc spoiled the Marksmen Home Opener with a 6-3 victory, but the Marksmen bounced back for Saturday, taking down the Havoc 4-2.

Oh Captain, My Captain: Jake Hauswirth is on a blistering pace to begin the season, having registered two three-assist games in just three games this season. In total, Hauswirth is tied for the league-lead in points (7) and assists (7).

The Matchup: The Marksmen have been able to skirt 7 goals past Havoc netminder Keegan Asmundson in the two games last weekend, while the Havoc were able to get past Matt Zenzola, they couldn’t seem to figure out Peter Di Salvo, who stopped 32 of 34 shots on Saturday night.

What to watch for: Special teams, as is usually the case, have played a significant role in the three games this season. Both Marksmen victories have come when they have scored at least one power play goal, while their lone defeat came with zero tallies while on the man-advantage.

What’s Next: The Marksmen will hop on the bus and head home to prepare for two straight versus the Knoxville Ice Bears. Saturday is Military Appreciation night, where the Marksmen will debut specialty jerseys that will be available immediately after the game via a live auction. Puck drop for that game is set for 6:00 PM. The same two teams will square off on Sunday afternoon, at the Crown, with puck drop set for 3:00 PM.

Marksmen Conclude Opening Weekend with a Win Over Huntsville