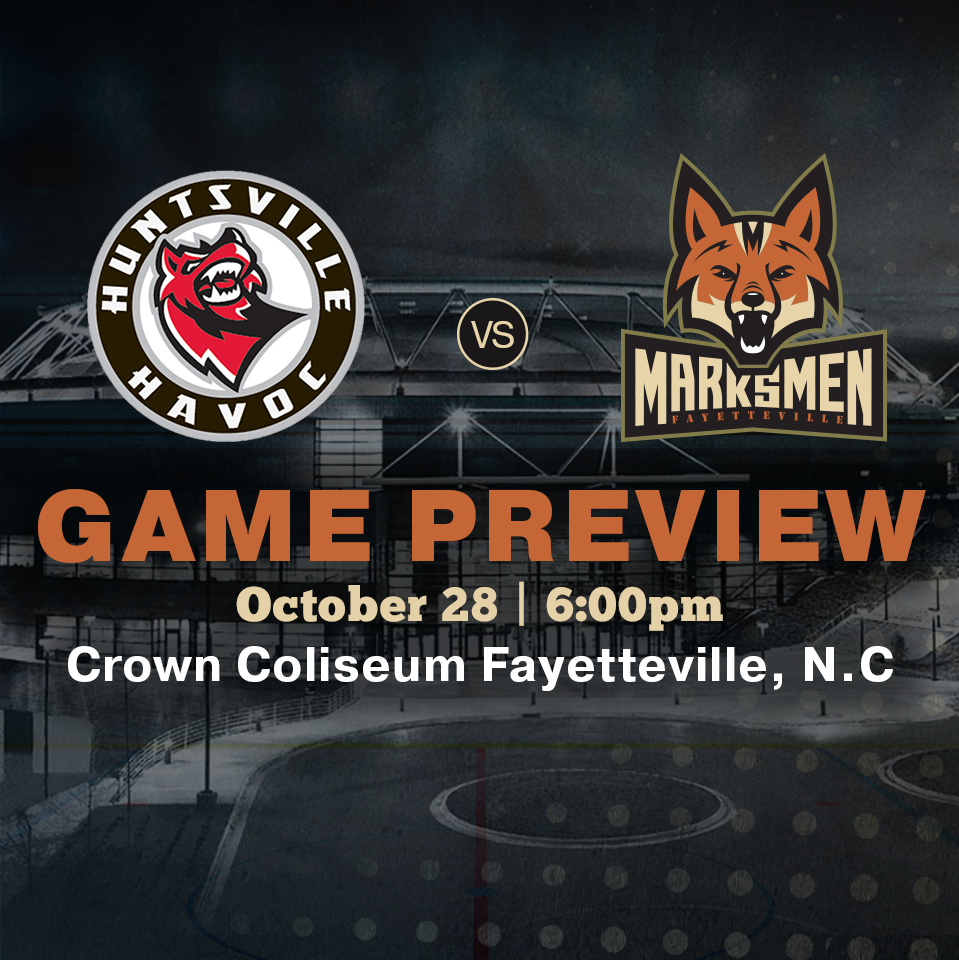 About Tonight: Today’s matchup is the second home contest of the season before the Marksmen head out to Huntsville for a tilt next Friday. The Marksmen are looking to bounce back following a tough 6-3 loss last night. The score doesn’t indicate how close the game was, as the teams were tied at three with under five minutes left to play in regulation.

Rookie Rocket: Shane Bennett recorded his first professional tally in last night’s loss. Just past the midway point of the third, Bennett snuck down the backside of the defense, unmarked, and rifled a wrister from the top of the circle. That marker made it a 3-3 game.

The Matchup: Penalties played a major role in last night’s loss, with the Havoc finishing 2-for-5 with the man advantage, while the Marksmen failed to register a goal on four power play attempts. It was the second straight game the Marksmen allowed five power plays.

What to watch for: For the second straight game, the Marksmen found themselves in a 3-1 deficit in the second period. In both games, the Marksmen battled back but with varying results. It will be pivotal for this team to start on time and control the game. They can’t chase the game if they want to play their brand of hockey.

What’s Next: After tonight’s contest, the Marksmen will head to Huntsville to wrap up a three-game set with the Havoc, and kick off their first 3-in-3 ( 3 games in 3 days) of the season with back-to-back contests with the Ice Bears, next Saturday and Sunday at the Crown.