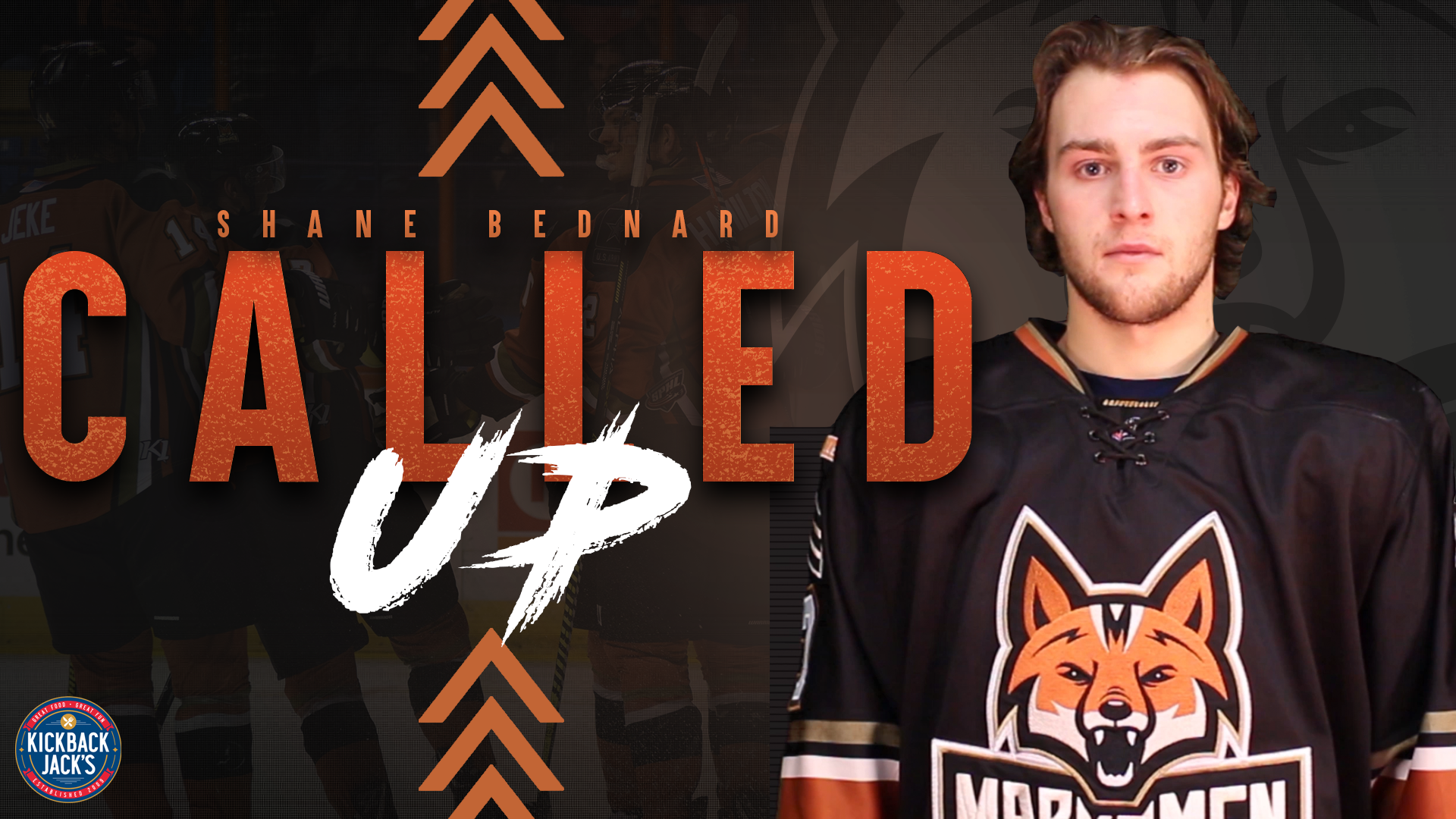 FAYETTEVILLE, N.C. – With the continued success of the Fayetteville Marksmen on the ice, the changes of the roster continue off the ice, by way of opportunities at the next level. After the day-to-day return and departure of leading-scorer Luke Stork on Wednesday to Friday back to the ECHL, another Forward finds his way up in Shane Bednard to the Norfolk Admirals.

Bednard, 25, came to the Marksmen after starting the 2019-2020 season with the Admirals, where he saw action in six games. The Michigan-native found point-per-game success with Fayetteville, in his six games in the Southern Professional Hockey League accumulating six points (1G+5A).

The increased productivity would earn him another start in the ECHL, as he rejoins his former team tonight. The rookie Forward shared his excitement to get the chance at the next level, and thanked the Marksmen in making it possible.

“My experience with the Marksmen was exactly what I expected it to be: great. From the coaches, players, ownership, and fans, it’s full of people you want to surround yourself with on a daily basis to push yourself to be your best,” said Bednard “I’m thankful to be part of it, and I’m excited for the opportunity in Norfolk.”

Head Coach Jesse Kallechy spoke on the ability of Bednard, and his time in Fayetteville.

“Shane was a player who really fit into the mold of what we were doing here in Fayetteville. He was able to be adjusted into any role, and performed well in whatever spot we put him,” said Kallechy “We wish the best for Shane up in Norfolk.”

In a corresponding move, the team announces the call-up of Forward Daniel Martin from the Federal Prospects Hockey League’s Carolina Thunderbirds. Martin, who attended the Marksmen Free Agent Camp over the Summer and was a part of the team’s Training Camp, has had a productive season up in Winston-Salem, accumulating 12 points (7G+5A) in his 11 games played.

Best of luck in Norfolk Shane, and welcome to Fayetteville Daniel!

The Marksmen finish the holiday weekend hosting RACING NIGHT/POOCH PARTY (pres. by North Star Vet) at 6:00 P.M. TONIGHT The day kicks off at 2 P.M. with the inaugural Marksmen Car & Truck Show (pres. by Redline Tire & Auto) with awards, Food Trucks, and much more. Following the Show, both Dog and Human are welcome into the Crown Coliseum for our game, with the return of our 1-2-3 Concession Specials with $1 Soft Pretzels, $2 Pepsi products, and $3 Bud Light 16 oz. Cans. You won’t want to miss it!