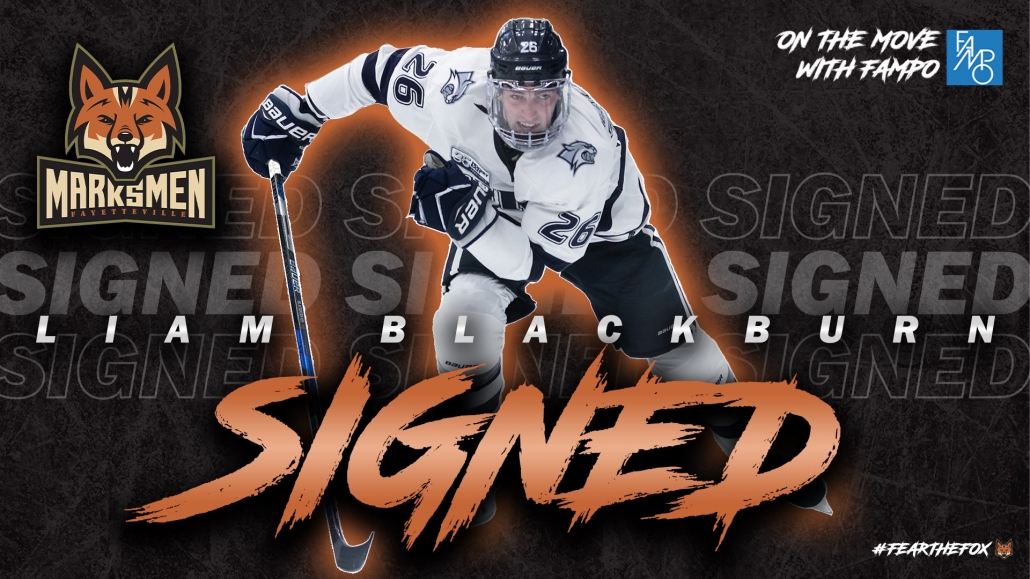 “We’re getting an offensively talented player who’s got one of the resumes that jumps off the page,” said head coach Cory Melkert.

In juniors, Blackburn played in the BCHL with the West Kelowna Warriors. His offensive success landed him second all-time in the organization’s points list with 190. During the 2014-2015 season, he led the Warriors in scoring with 73 points.

He parlayed his junior success into a well-rounded NCAA career and was a four-year letter-winner for the University of New Hampshire Wildcats. Offensively, Blackburn logged double-digit scoring seasons in each year with UNH, and he led the Wildcats in scoring in his junior season with 24 points (10g, 14a).

Choosing to play in professionally Europe, Blackburn has spent the last two seasons in Germany, finishing last season with 44 points for Deggendorfer SC (16g, 28a).

“The fact that he can slide in to play center is massive for our team and our level,” continued Melkert. “He will be a factor in all areas for our group.”

Blackburn and his teammates will take the ice for their home opener on Saturday, October 22 against the Roanoke Rail Yard Dawgs. Single-game tickets are on-sale now and you can get yours by skating to marksmenhockey.com and clicking the tickets tab.