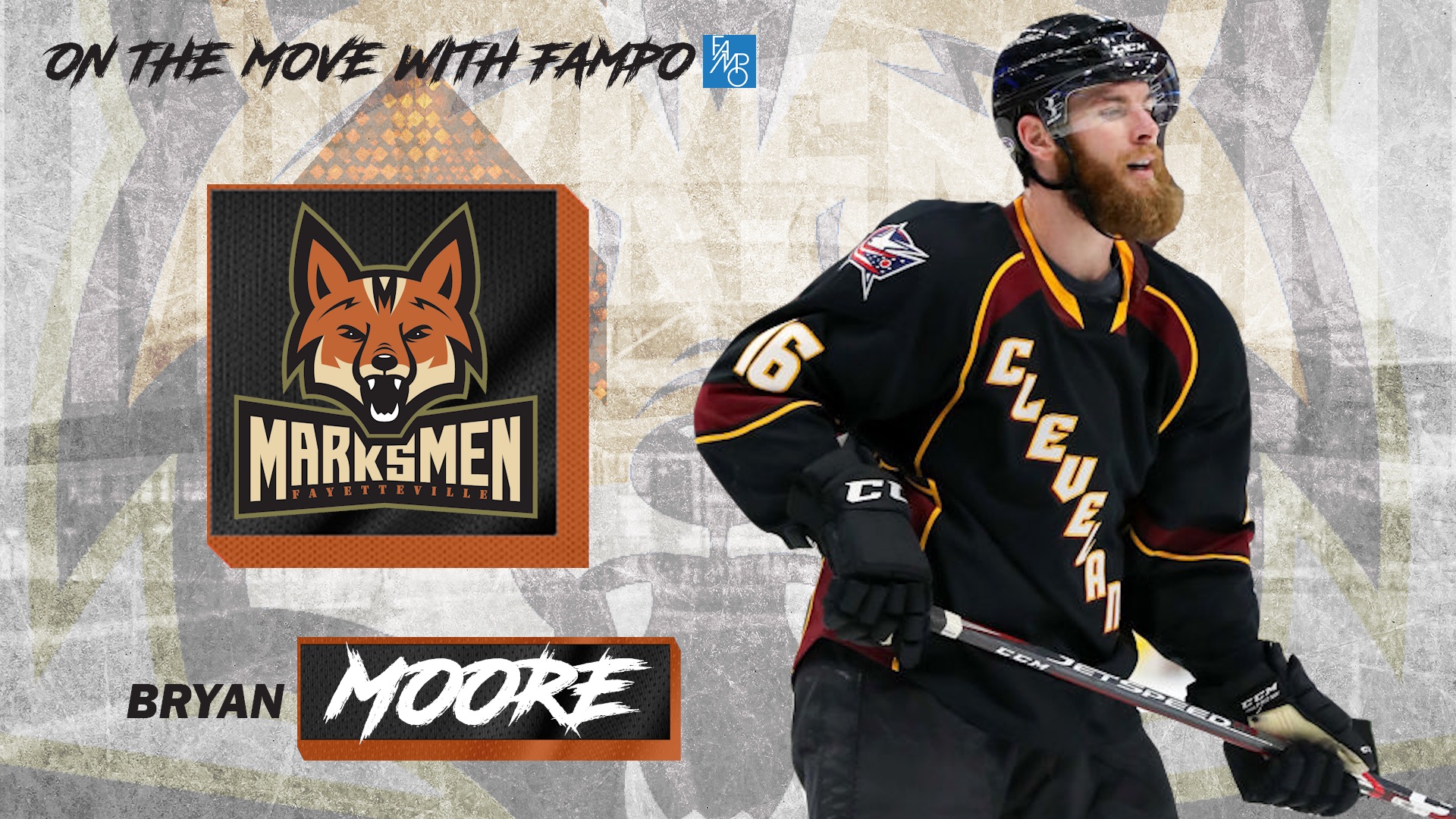 Moore has spent the last six seasons as a consistent ECHL forward who has earned call-ups to the American Hockey League on five separate occasions, logging 55 games in the AHL.

Originally from Charlotte, Moore played his youth hockey with the Carolina Jr. Hurricanes 16UAAA team before heading to the USHL with the Sioux Falls Stampede and eventually the OHL where he split three seasons of major junior hockey between Sarnia and Soo.

The AHL’s San Diego Gulls (Anaheim Ducks) signed Moore to his first professional contract where he would log seven points in 29 games during the 2015-16 campaign.

Moore’s best professional season came the following year with the ECHL’s Allen Americans. Moore was the fourth leading scorer on the team (27g, 24a) with 51 points despite playing only 44 games that season.

Moore will make his SPHL debut with the Fayetteville Marksmen on Friday, November 19 against Macon. His debut with the Marksmen will mark Moore’s appearance in at least one game at every level of professional hockey except the NHL.

Limited tickets still remain for Moore’s debut on Hockey Fights Cancer Weekend presented by Tiago Title, and you can get yours on marksmenhockey.com.

Strong Marksmen first leads to another win Scroll to top